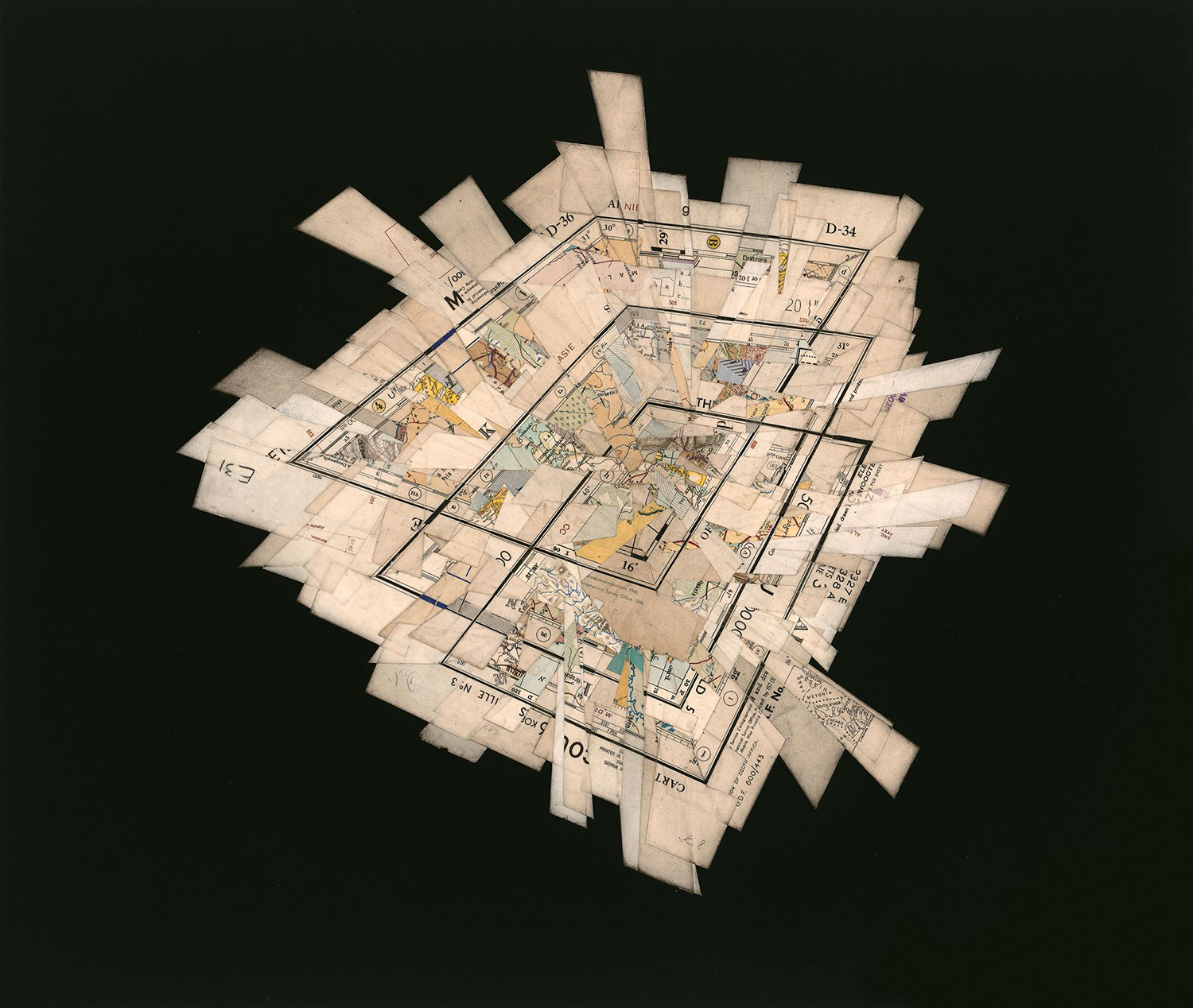 A General description of the “Joint” Design Studio:

The ‘Joint Design Studio’ is a collective learning environment, tailored together with mentors Zupančič T., Novljan and Ettlinger, designed to foster the interaction of incoming Erasmus students with the host academic community. We share the general pedagogical outline, entitled The Room and the City, An Exploration of Scales (through path, room, threshold, aperture and time). The coursework places the architect as a curator of an interrelational process, where contextual sensitivity is nurtured. The Studio offers a variety of pedagogical approaches, contexts, contextual attitudes and methodological and processual frames, as well as consistent opportunities for interaction between the four research and design trajectories.

Using the aforementioned as our initial premise, the students are divided into groups taught by each mentor with varying programmatic objectives. Throughout the semester the groups come together for critiques and discussions in order that all students maintain an awareness of the Studio’s overall charge and goals.

Programming the Archive: Three Projects Considering the Design of Context, Siting of Program and the Development of a Tectonic Language

Project 1: The Room – An Archive for the Map: Spatial Mapping as a Generative Design Process

Project 2: Unfolding the Archive: The Cultivation of Context

Project 3: Contextual Programming: Seeding the Archive for an Artist

The pedagogical objectives defining these three interconnected projects emerge from the desire to “reset” the 4th and 5th year student’s design process; in other words, within the advanced design studio we address core design modalities as a means to both conceptualize and realize strategies and processes for the augmented development of a tectonic language for creating space. This does not suggest that the student abandon his or her processes that have been developed during the previous four years of design education at each student’s school of architecture, what this seminar/studio can offer are augmentations to those processes by briefly returning to elemental constructs of design thinking and making that critique and transform architectural conventions.

2: something that represents with a clarity suggestive of a map the Freudian map of the mind— Harold Bloom

3: the arrangement of genes on a chromosome — called also genetic map

1a: to make a map or map the surface of the moon; b: to delineate as if on a map e.g., sorrow was mapped on her face; c: to make a survey of for, or as if, for the purpose of making a map; d : to assign (something, such as a set or an element) in a mathematical or exact correspondence e.g., map picture elements to video memory

2: to plan in detail —often used with out e.g., to map out a program

3: to locate (a gene) on a chromosome

This exercise explores “the map” (and mapping); a selected map is used and explored a generative device for the development of An Archive for the Map. A map offers a codified set of analogs and signs that create systematic and narrative means for interpreting abstract information for a certain purpose e.g., road maps, world maps, country maps, oceanic maps, celestial maps, body maps, maps of the brain, maps of fictional worlds, genome maps, migration maps, topographic maps, economic maps, climate maps and so forth. Maps are round, flat—folded and unfolded—maps are records of events in history, maps are secret, and maps are public; maps are digital and analog, maps can have pictures, numbers, lines and color.

The archive is in some ways self-referential, meaning that it—its spatial and tectonic character—emerges from formal and narrative investigations of a specific map. It is this map, the map used as a generative source, which is to be archived. The project also addresses the critical development of specific architectural conventions that are refer to as “constructs”.

Construct noun: An idea or theory containing various conceptual elements, typically one considered to be subjective and not based on empirical evidence.

“The Map” qualifies a map as an “object”, as an “artifact” attesting to both formal and narrative intentions, and proposes that the map is a part of some broader set of orders and structures; not an artifact in the historic sense—necessarily—but an artifact that possesses inherent grammar and meanings that emerge as a source for locating someone or some thing (point/place) and setting forth the signs and symbols of itinerancy (journey/peripatetic) that serve, most often, to facilitate the comprehension of some abstract concept or entity.

“The Map” semantically differs from “A Map”. “The Map” proposes that the map in question has specificity regarding purpose (formal/technical) and potential meaning (narrative) that can be temporally traced via the interpretation of signs inherent in the map’s content. Hence, “that is the map”, is quite different from “that is a map”. “The Map” alludes to a finite world or system, or, a means of specifically processing—making sense of—abstract projections; “A Map” is a general statement regarding multifarious contents and applications yet, a map proposes the possibility of being the map.

The physical context within which the archive is situated is a simple 40 x 40 x 100cm rectangle. The dimensions of the context exist only as points of reference. “The Map” is construed as an analytical modality used for generative investigations and formal manipulations that emergently defined the physical context within which a new program will be situated: an archive for an artist. In other words, each context is a synthetic artifact of the entire analytical process.

Spring Semester 2020 – Continuances: An Archive for the Artist

The first semester considered multiple interrelated design exercises—narrative and formal analysis, model making, analytical drawing…conceptual programming—that engaged non-linear yet interconnected design processes; all exercises employed concrete modes of “making” resulting in spatial—three-dimensional—outcomes. The last phase—programming an archive for an artist—ended with a speculative construction that emerged from both the generative context and the life-narrative of each artist. In this sense narrative included the artist’s place in history, his or her life in terms of…broadly: chronology and works produced. The works became a lens that one could use to further program the archive via the artist’s ideas and methods of representation. In other words, the artist’s work became a critical tool for programming both space and a tectonic language. The archive ‘emerges’ from a process that begins with investigations in “mapping” using specific—multiform—architectural terms: threshold, aperture and path – fundamental architectural constructs that wove through each exercise.

This semester finds us developing the archive further. The ideas formulated in the schematic model construed to develop a process for the full design of the Archive. Again, programming, although now more “building-like” will again be defined by a deeper understanding of both artist and their oeuvre, all derived from and situated within the generative context.

1 – General programming: The archive program is developed through a deeper understanding of the life and work of the chosen artist. Program, for our purposes, is considered both emergent through critical investigations as a means to create space and through how those investigations intersect with the needs and purpose of the archive as a vessel for holding and disseminating the manifold artifacts of the artist’s life. Also considered are the typological underpinnings—differences and similarities—of archive and museum. Assessing these comparatives was achieved through a rigorous study of both typologies – specifically (meaning those institutions that house specific works) and generally (a more broad-based—general—idea of each typology). The archive was seen as a hybridized program embracing ideas of museum; the museum suggests a more institutional role for architecture whose responsibilities are directed towards more public and civic concerns, where, in turn, an archive can be more private and internally focused. Here, at the intersection of archive and museum, we find both personal and non-personal…intersections of private and public worlds. Not only did this intersection define conceptual programmatic ideas, but also functional aspects regarding the spatial requirements of an architecture within which is held the evidence and production of a single person.

2 – Design Development: After the schematic programming phase involving both contextual and archival constructs—this will be approached via drawing and model—each student began to work with a specific scale; scale and tectonics were part of our roundtable video conferences. The work was based on a continuous study of typologies and how those typologies developed as a joint between context and the inner worlds of the archive.

3 – Tectonics: Throughout discussions concerning the private and institutional role of the archive (and museum), we considered the role of tectonics as a harbinger of both space and meaning; this includes a general understanding of architectural semiotics and syntax and hence – language. 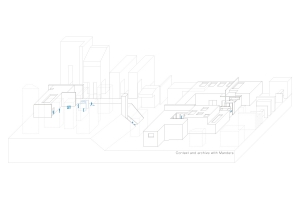 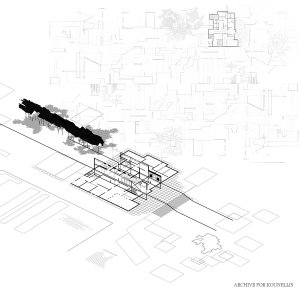 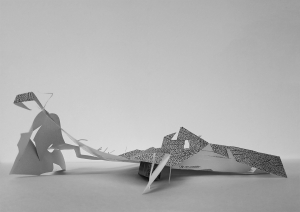 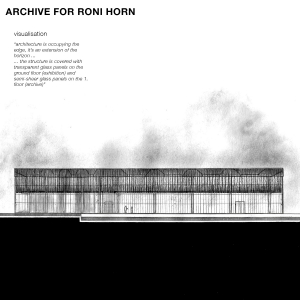 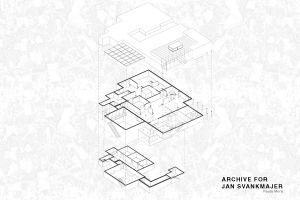