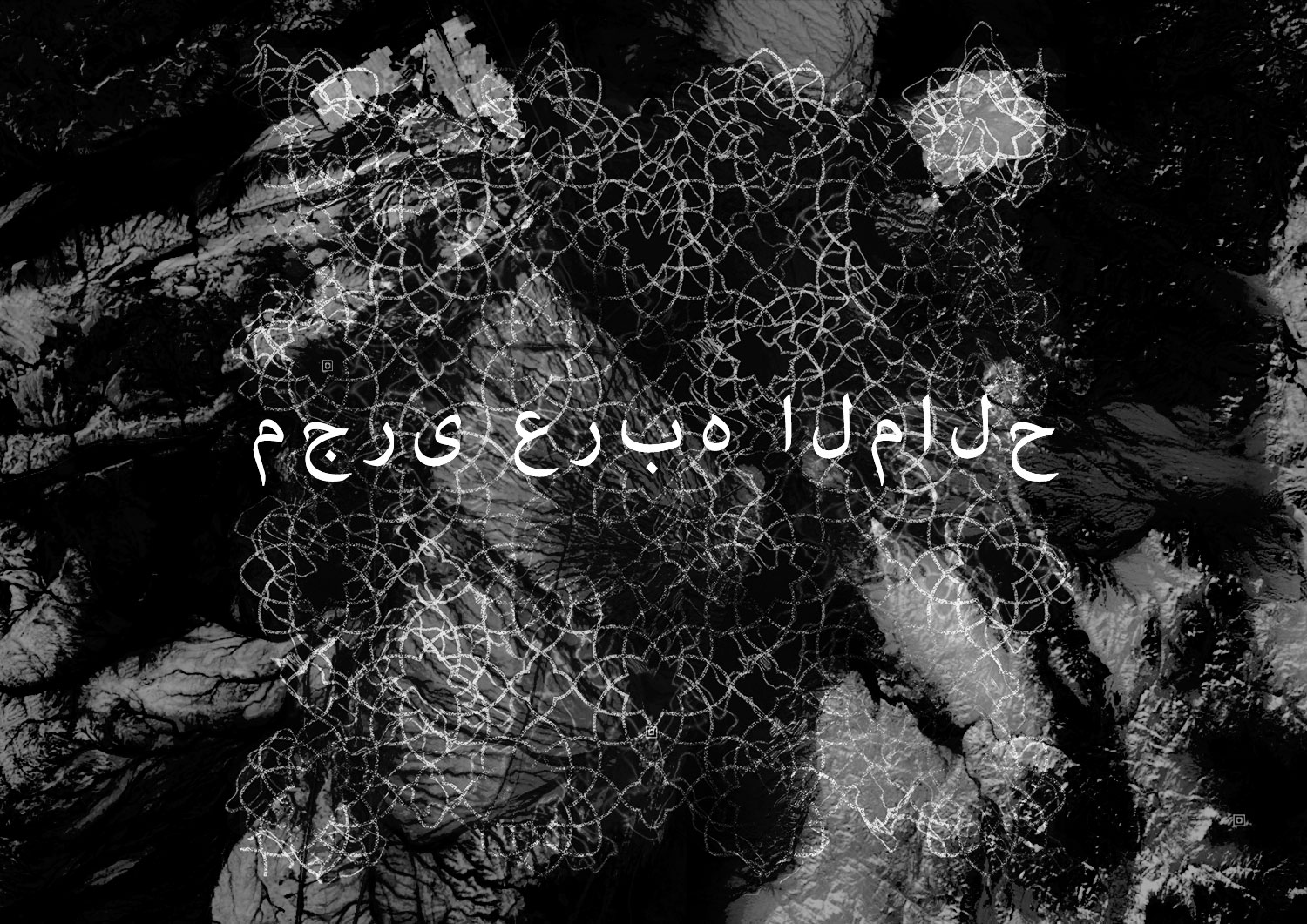 The odd thing regarding the Jordanian State Highway 65 is that it is a jagged road covered in sand that could just as easily be just a straight line connecting a the Red and The Dead Sea across the desert valley Araba.

Of course, more than 200km of completely straight road along the wadi of the same, repeating section on seemingly flat terrain would be an intense mental experience – hypnotic, mantric, meditating and intimidating. Handful of settlements and few built entities, some barely visible from the car, indicate that the travellers are not stuck in endless loop between port of Aqaba and the lowest depression in the world, saltworks of the Dead Sea.

Wadi Araba is in a geological sense a desert trench where African and Arabian tectonic plate convene. That axis was formalised – some 100 years ago while the French and the British were putting the geometric lines across the map the west and Negev were set for the State of Israel while everything east of the rift was appointed to Arab Bedouin tribes under the rule of Hashemite dynasty, direct descendants of the prophet Allah and the royal family of Kingdom of Jordan.

Arid landscape of the first cities, biblical myths and stories is a thick stack of cultural and agricultural, social, and ethnic layers bound, but not consolidated.

The major objective of the Red Sea Dead Sea project is to augment drinkable water supply of Jordan. Phase I of the Red Sea Dead Sea Project comprises abstracting 300 million cubic metres (MCM) per year from the Red Sea, desalinating a portion of this (65 MCM) and then conveying a mix of the waste brine and the remaining seawater balance (235 MCM) to the Dead Sea. Freshwater will be supplied to Aqaba and the southern part of Israel respectively. This project will also be used as a pilot to determine the impacts on the Red Sea and Dead Sea…

The inaction has been compounded by Israel’s lack of a functioning government for nearly a year. The Red-Dead project is also expensive — it will cost Israel more than $1 billion. And bar the strategic interest of keeping the Hashemite Kingdom in power as a bulwark against Islamic extremists, not to mention restless Jordanian Palestinians, it is of no economic value to Israel, other than, perhaps, helping to slow the sea’s decline and in so doing harm tourism less. It mainly benefits drought-stricken Jordan, which is desperate for water.

Red-Dead also had immediate strategic importance for Israel, he [Clive Lipchin] continued, in that it would save Israeli farming communities of the Arava, which are running out of water. Israel’s national water carrier does not reach so far south. The brackish groundwater that farmers use is not renewable and the more they use, the saltier it gets.

Red-Dead also had immediate strategic importance for Israel, he [Clive Lipchin] continued, in that it would save Israeli farming communities of the Arava, which are running out of water. Israel’s national water carrier does not reach so far south. The brackish groundwater that farmers use is not renewable and the more they use, the saltier it gets.

Seven miles south of the Arava R&D Center is the community [kibbutz] of Ein Yahav, where Assaf Shaham began growing corals in 2008 after a career doing lighting design for architects and the stage. “Six years ago, I saw a lot of water is not used because it is too salty, and in 2010 there was an agreement that the removal of corals from the ocean was stopped,” Shaham says.