As part of the team project ‘Wizarding Ljubljana’, my project presents the incremental development of the northern underground alley of the wizarding community of Ljubljana.

After the New Street has been established under the Ljubljanica river, the only connection between it and the old wizarding street on the hillside of Castle Hill was by passing through the non-wizarding parts of the city. To reduce the risk that wizards might be discovered by non-wizards, they built a hidden passageway underneath the non-wizarding part of town so as to directly connect the two streets.

As the New Street continued to develop to the south, its growing centrality threatened to isolate and reduce the liveliness of the Old Street. Part of the solution was the creation of a second underground alleyway to connect the southern ends of both streets, and another was to gradually widen and further develop the northern alleyway. My project addresses the interest of creating a closed loop to make the Old Street and New street empower and sustain each other as a single continuous unit.

Both alleyways expanded both in size and function incrementally: numerous ramps, stairs, passageways, platforms, spaces, and systems were added each at their own respective time. All these developments were developed as society’s needs changed over time. 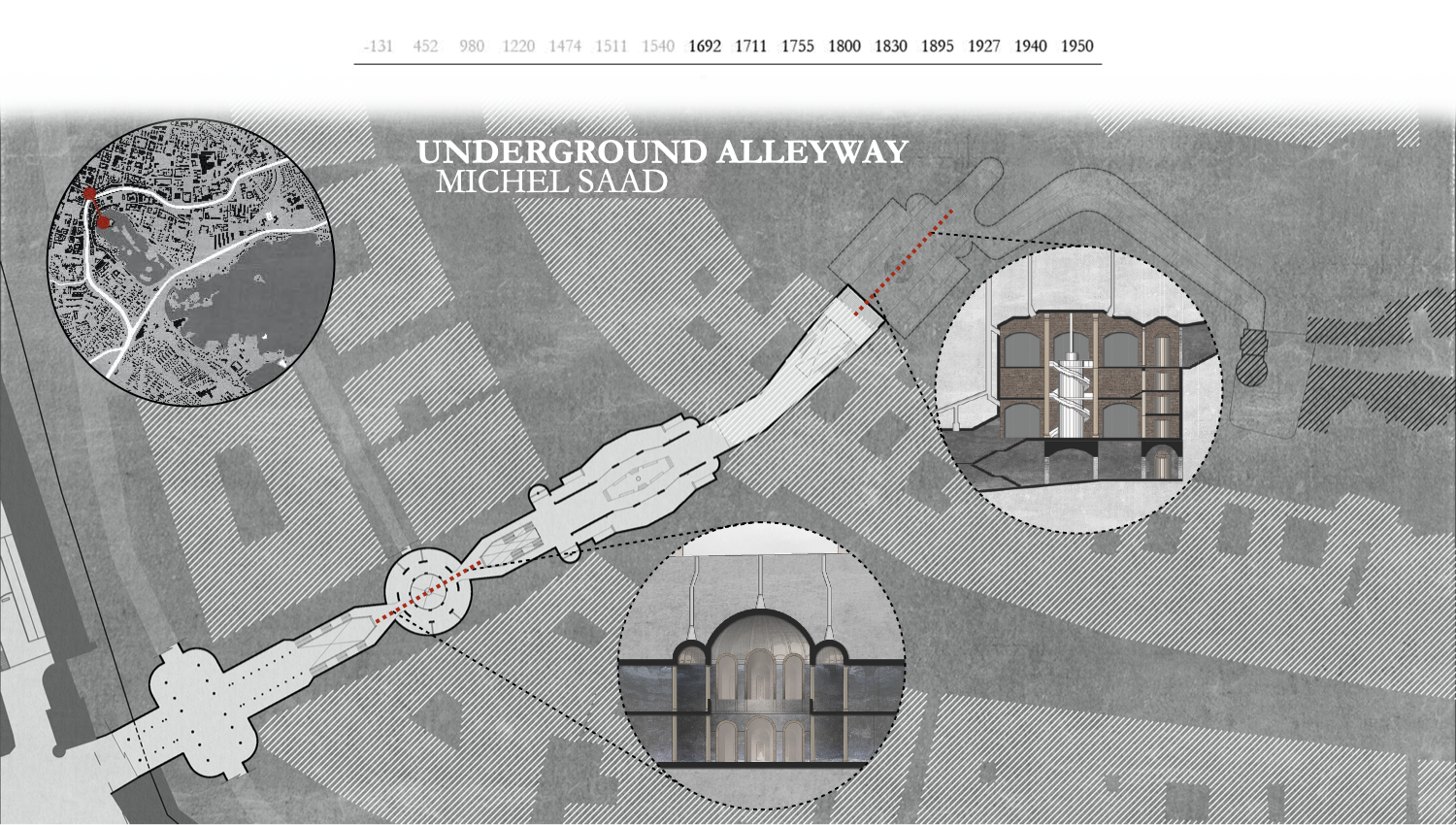 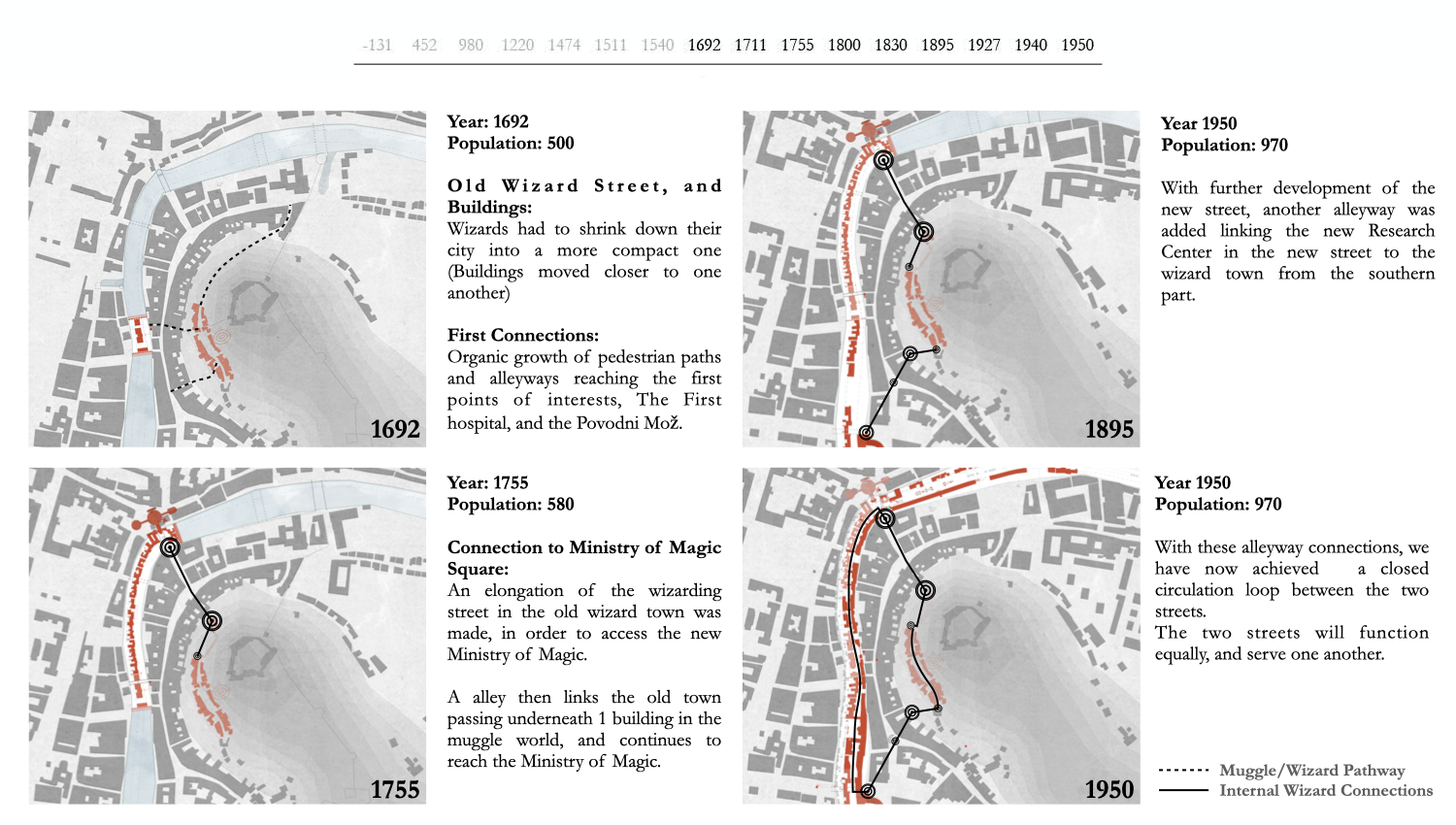 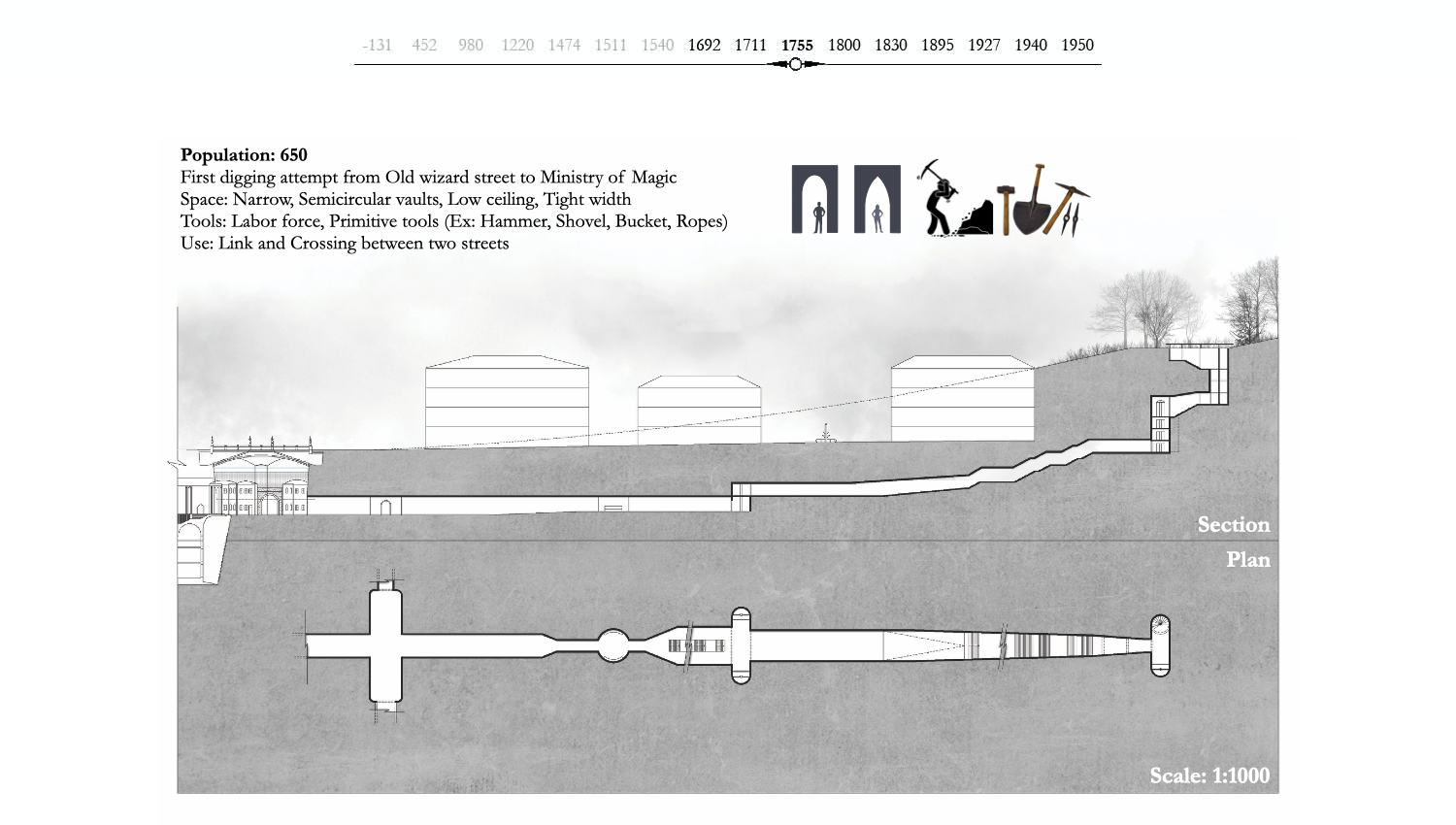 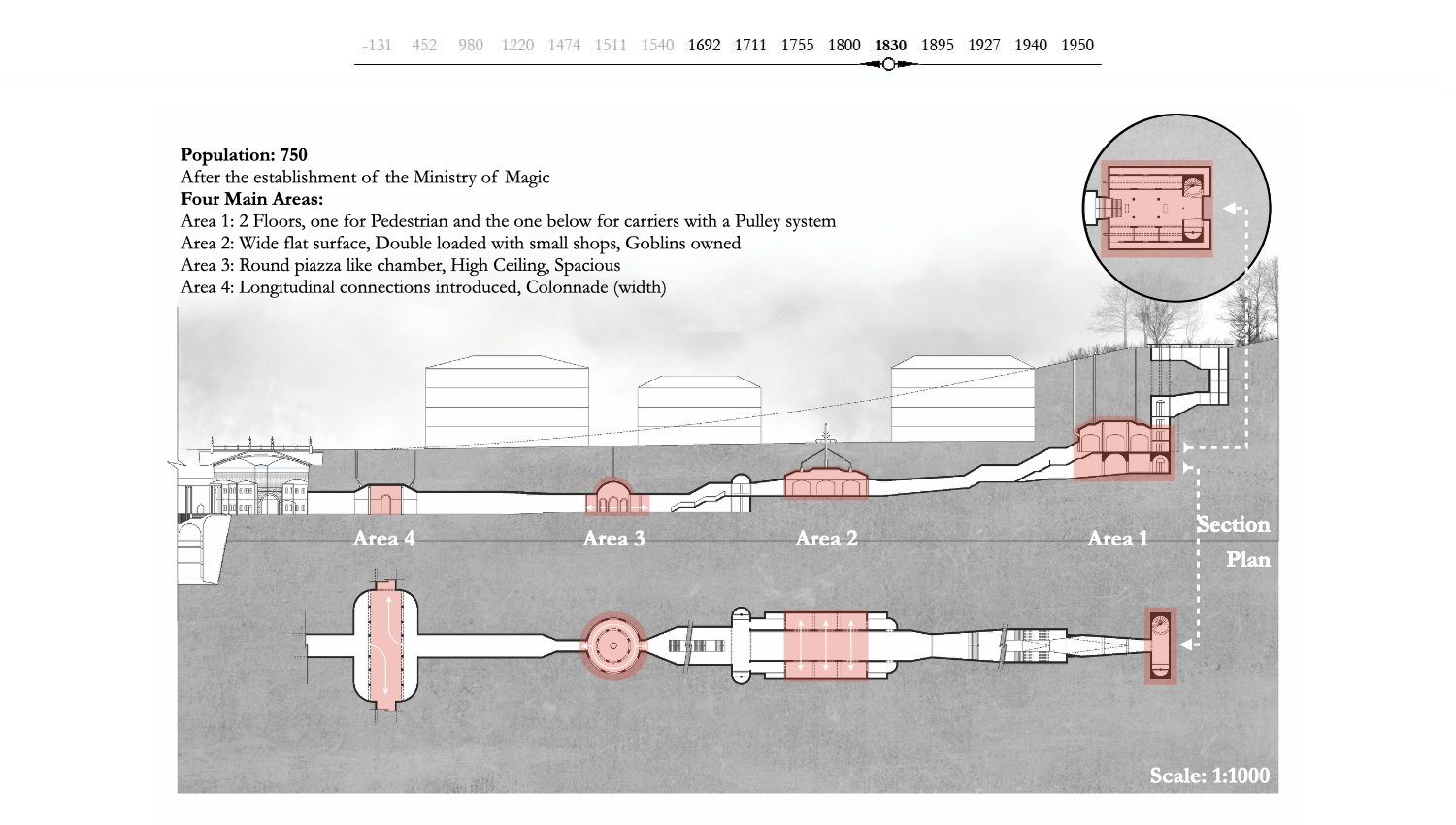 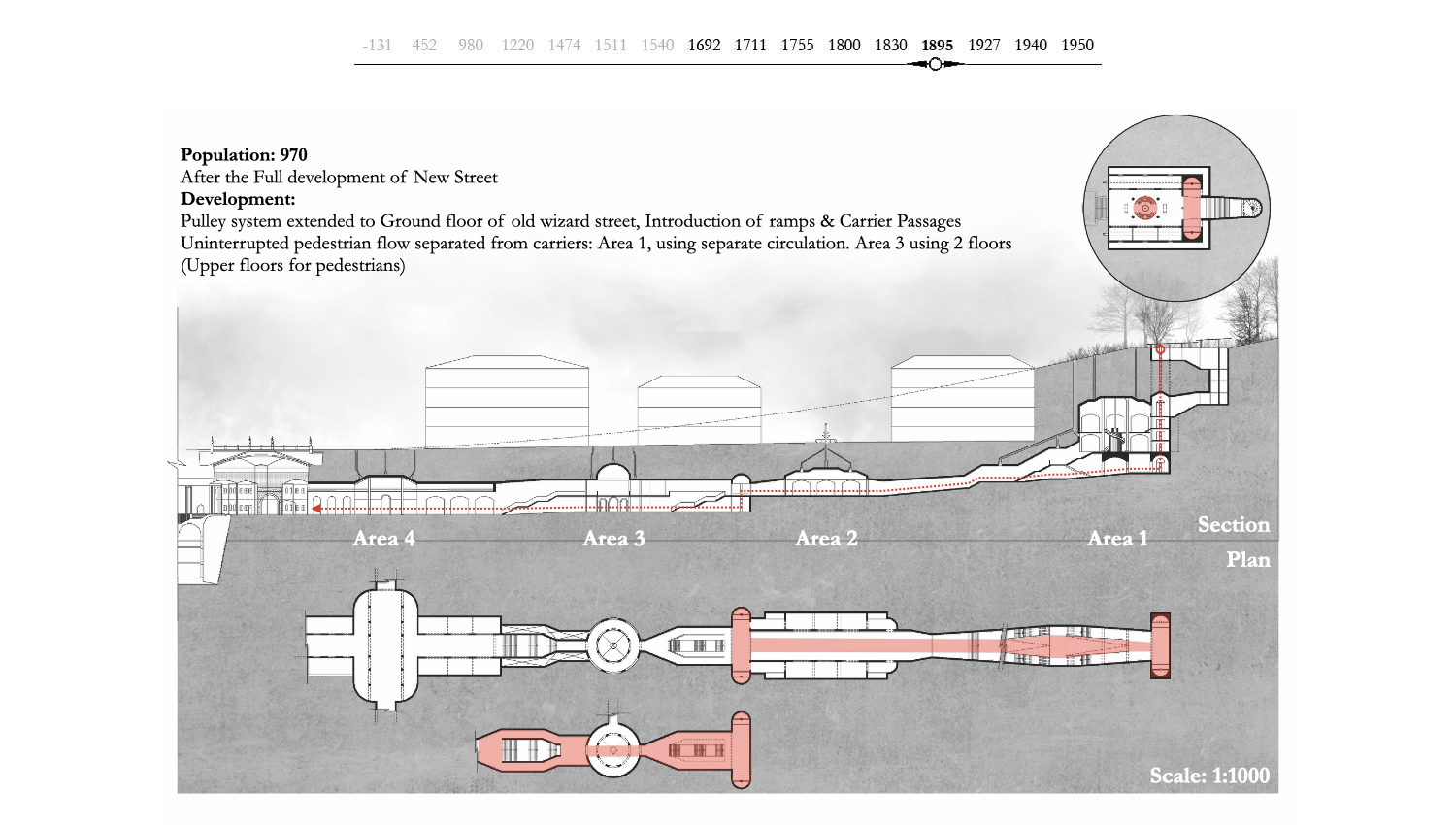 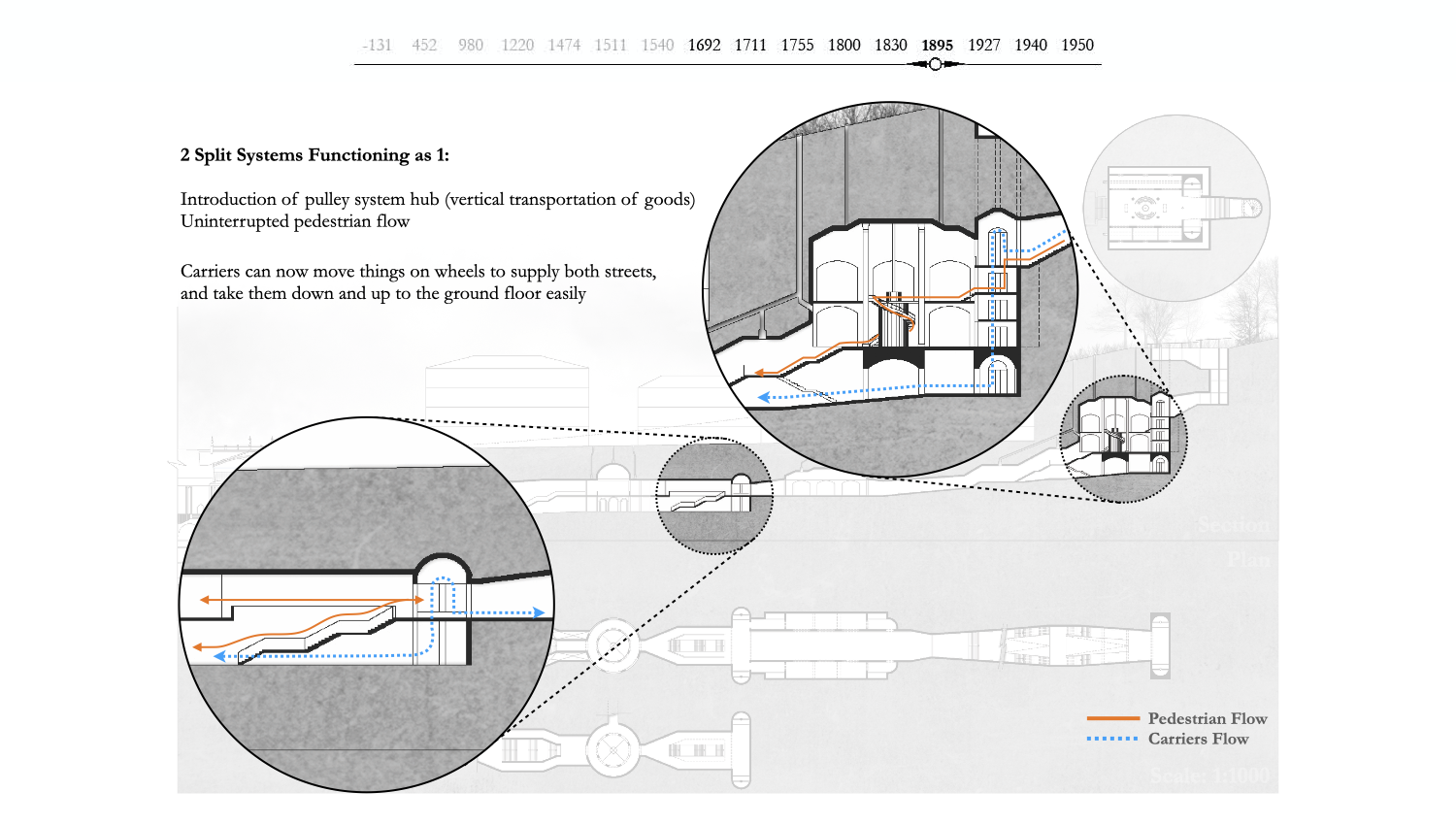 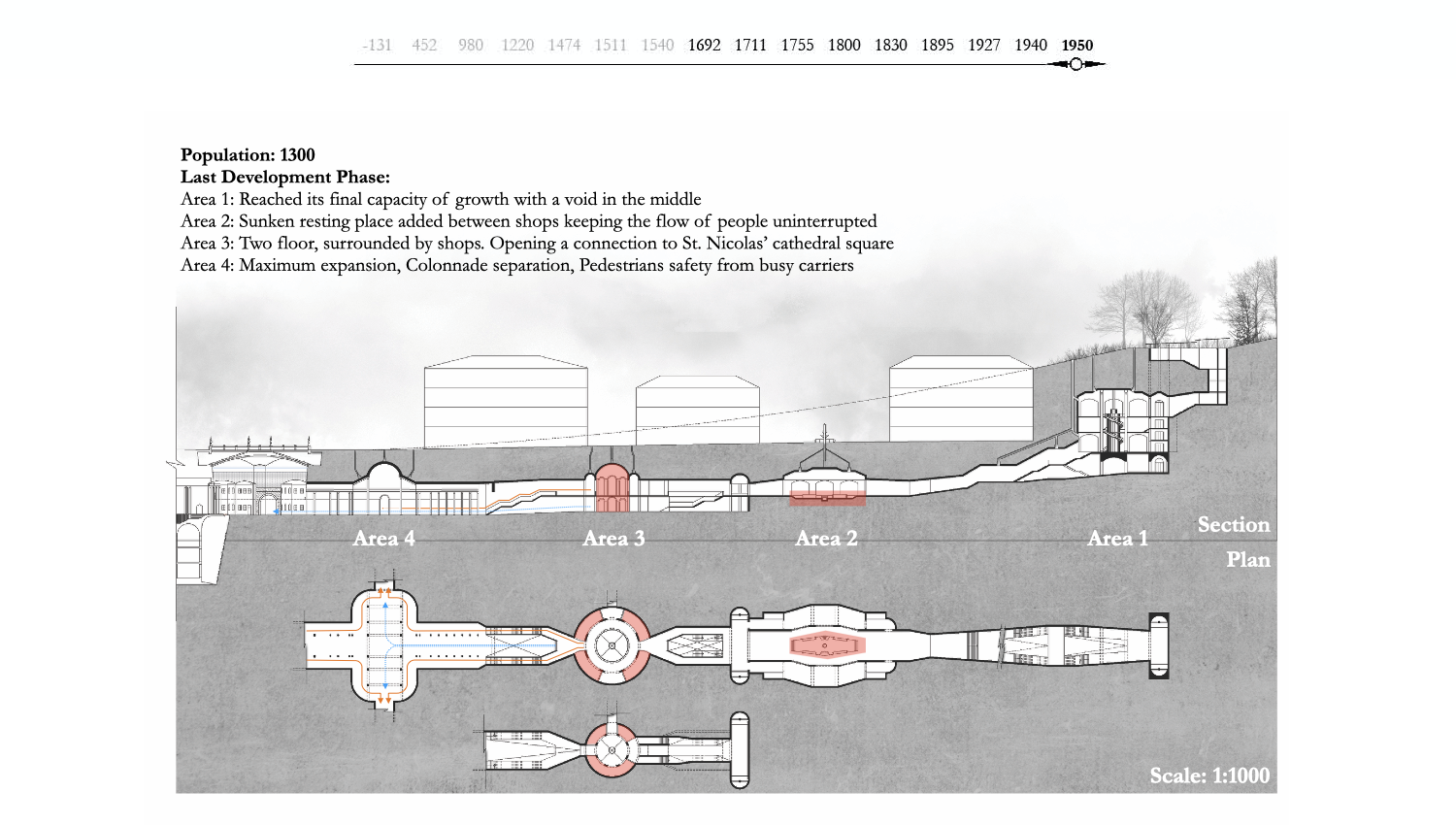 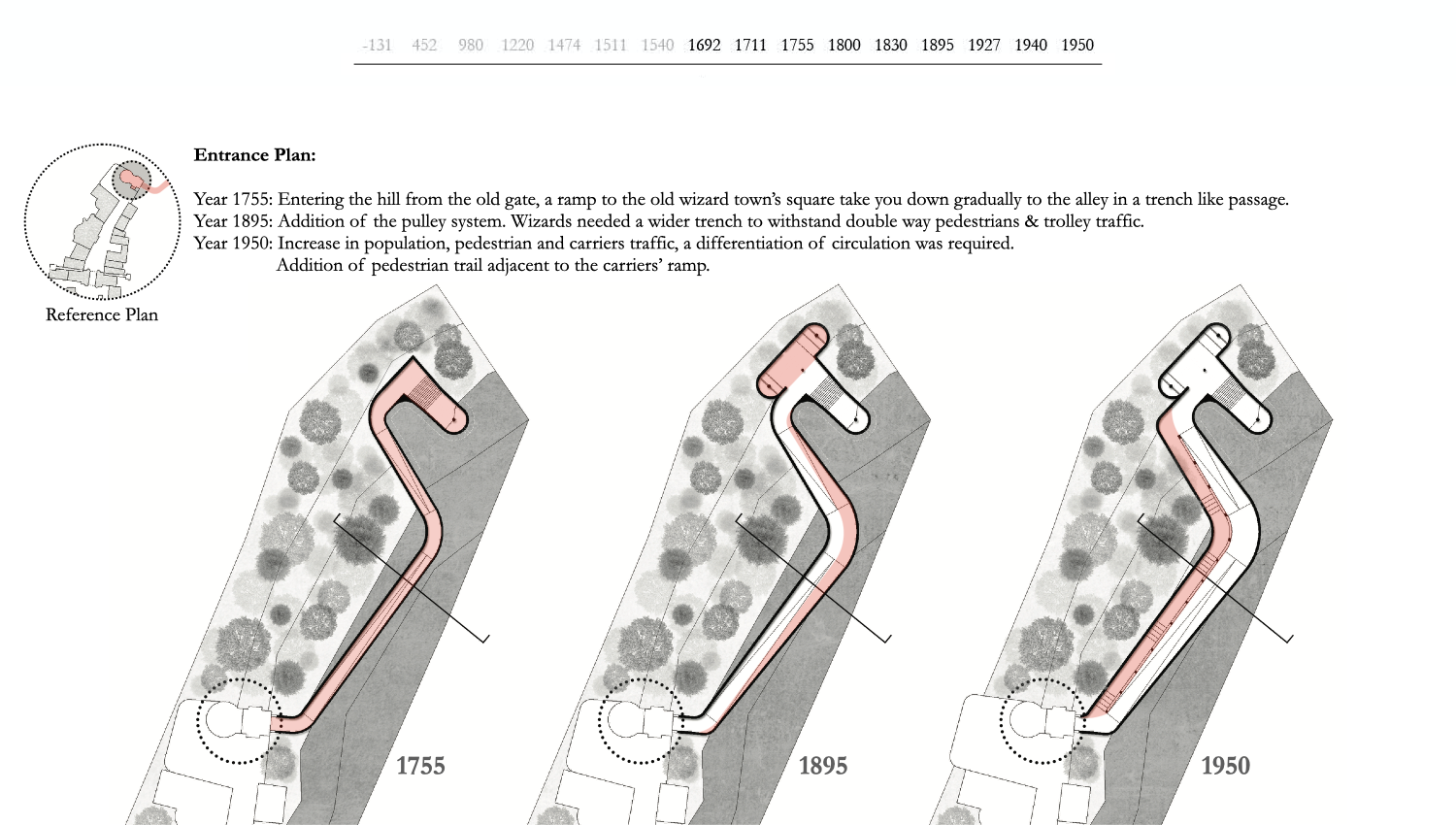 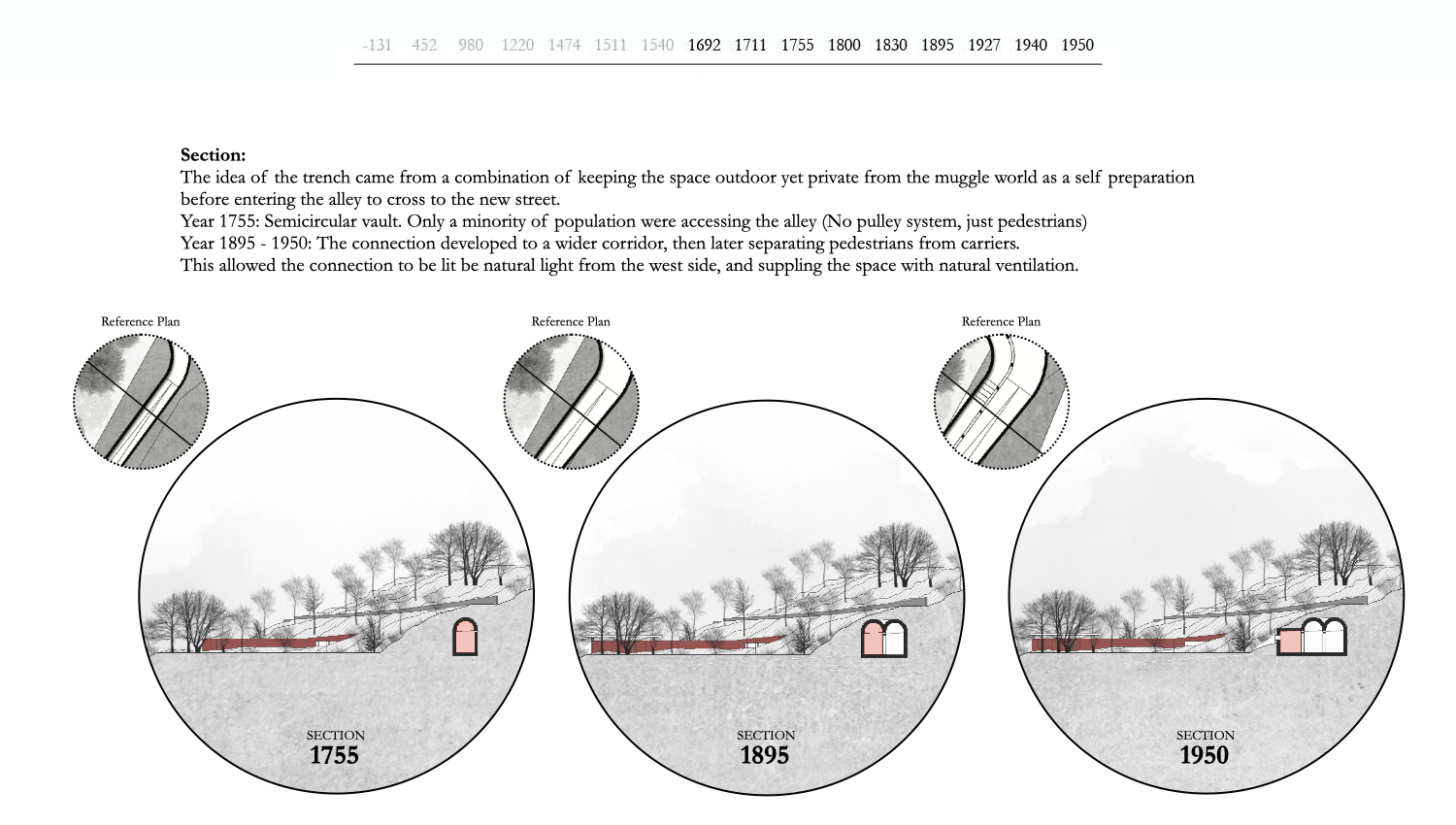 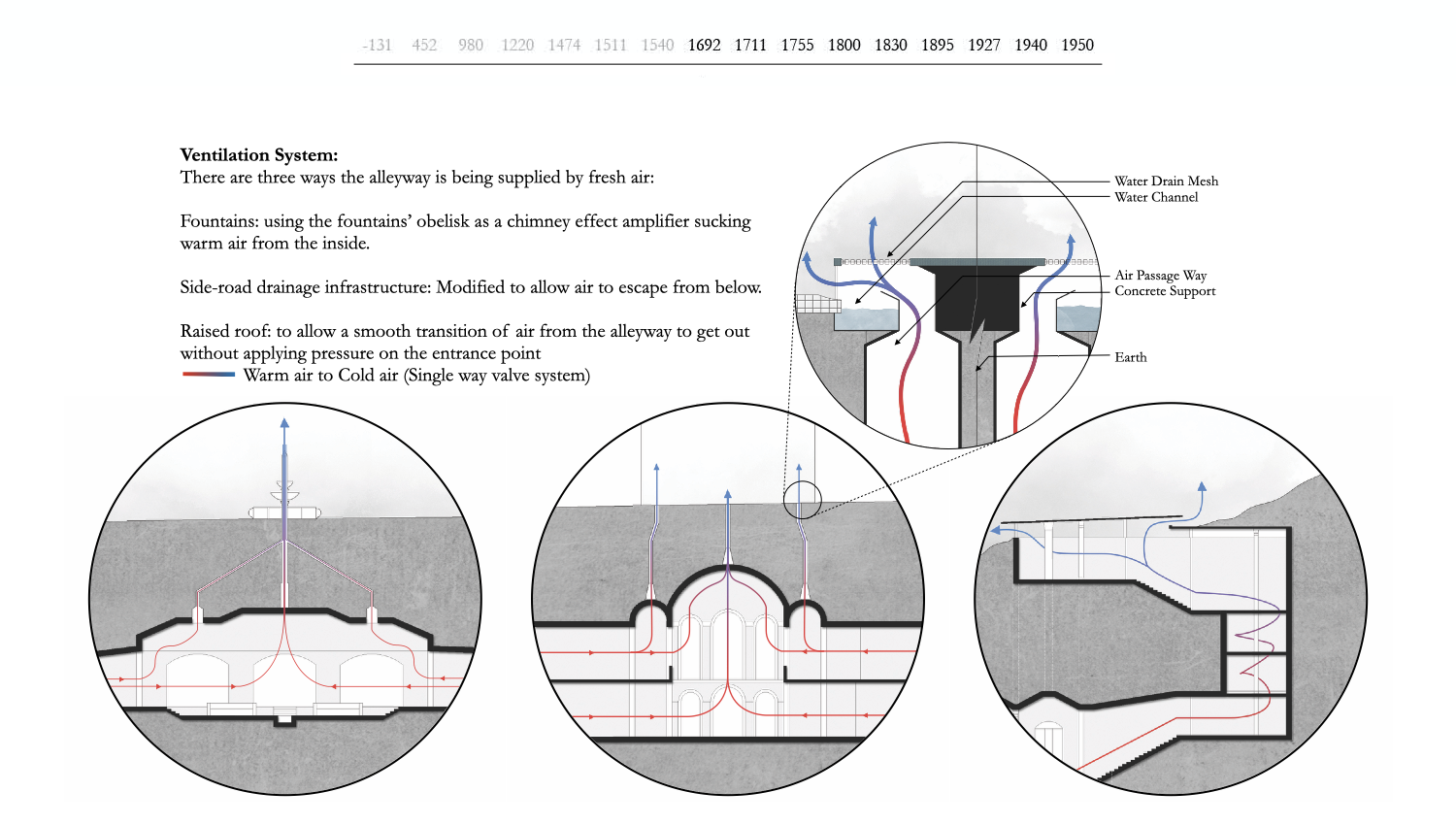