Entering this year was to undertake a process-oriented work, that would create a new realm for developing ways of thinking architecture. The seminar started with the notion of rooms and scales in the city as a way to introduce the collaboration of the body with its environment. The act of mapping is a human construction that provides an understanding and explanation of this environment, and it has been the very first step to our work. The following artefacts/models were created to share our comprehension of a set of information that was embedded in the maps. Informations were diverse, related to history, art, human existence, sociology, time and space, cultures, and politics. The context has been elaborated through our vertical models. These models embed our first intentions for both archives and maps. The 7 resulting models of our groups were then assembled to create a broader set of informations to be later extracted through sections and elevations. Within the same moment, we were discovering our artist. The juxtaposed world appended through the life of the artist and his/her artwork involved a new layer of position statements that continuously evolved with time and further investigations.

The artist entered the process at this stage : Isamu Noguchi was born in 1904 in Los Angeles and is the son of the Japanese poet Yone Noguchi and the American writer Leonie Gilmour. Noguchi became Constantin Brancusi’s assistant in Paris in 1927 and had his first solo exhibition in New York. His life was dramatically affected by the Second World War, with the internment camps for Japanese living in the United States following the attack on Pearl Harbor, where he was voluntarily interned in Poston, Arizona. Later, the dropping of atomic bombs on Hiroshima and Nagasaki were devastating to his life. He returns to Japan and his works shifts towards fundamentally opposed practices and thoughts. He as always tried to take sculpture and arts into a broader realm, with works including the creation of theatre sets, furniture, lighting, and the design of public spaces and gardens. He died in 1988 in New York.

The development of an archive for I.Noguchi was the set for the summer semester. An archive differs from the archive as the first one developed into an archipelago of ideas expressed in an iteration, rather focusing on their essence than their existence within an architecture. An archive has established its positioning in the context: its interstitial posture at a threshold space for the context suppose its morphic character and dodging of the realm being hold inside. It also reaches toward context with its overhang that invites people to enter the space. The exhibition is organized in a vertical motion where visual relationships are used to link the different spaces, defined through ideas relating to the artist’s life, art, and work. An artefact has then emerged from the re-exploration of the drawings for the context. The act of fragmenting this artefact and reassembling it has given rise to a spatial lexicon. The terms continuous space, light fracture, fragments, and observation planes constituted an evolutive language facilitating the incorporation of ideas for the archive. From there on, the archive was morphed to address the question of the interrelation between archive and exhibition.

The archive. Inside this benin extrusion stands the artist’s universe. A tight collaboration with the plaza takes shape at the corner of the building, where the outer skin gently lifts to open up the space. Once inside, one must penetrate to the temporary exhibition hall to discover the morphic anomaly interfering with the cartesian structure. This void houses a series of stairs and unites through light the entire program from the ground floor to the roof terrace. The two exhibition halls are carved while being interlocked with the archival units that are located on the periphery and above them. It is in this continuous space that the archive, the artworks, the artist’s life and the manifestation of the context are intertwined, in a poetic morphic state. Each constituent is embracing its relatives, yet one can easily distinguish the differences in the artist’s life. 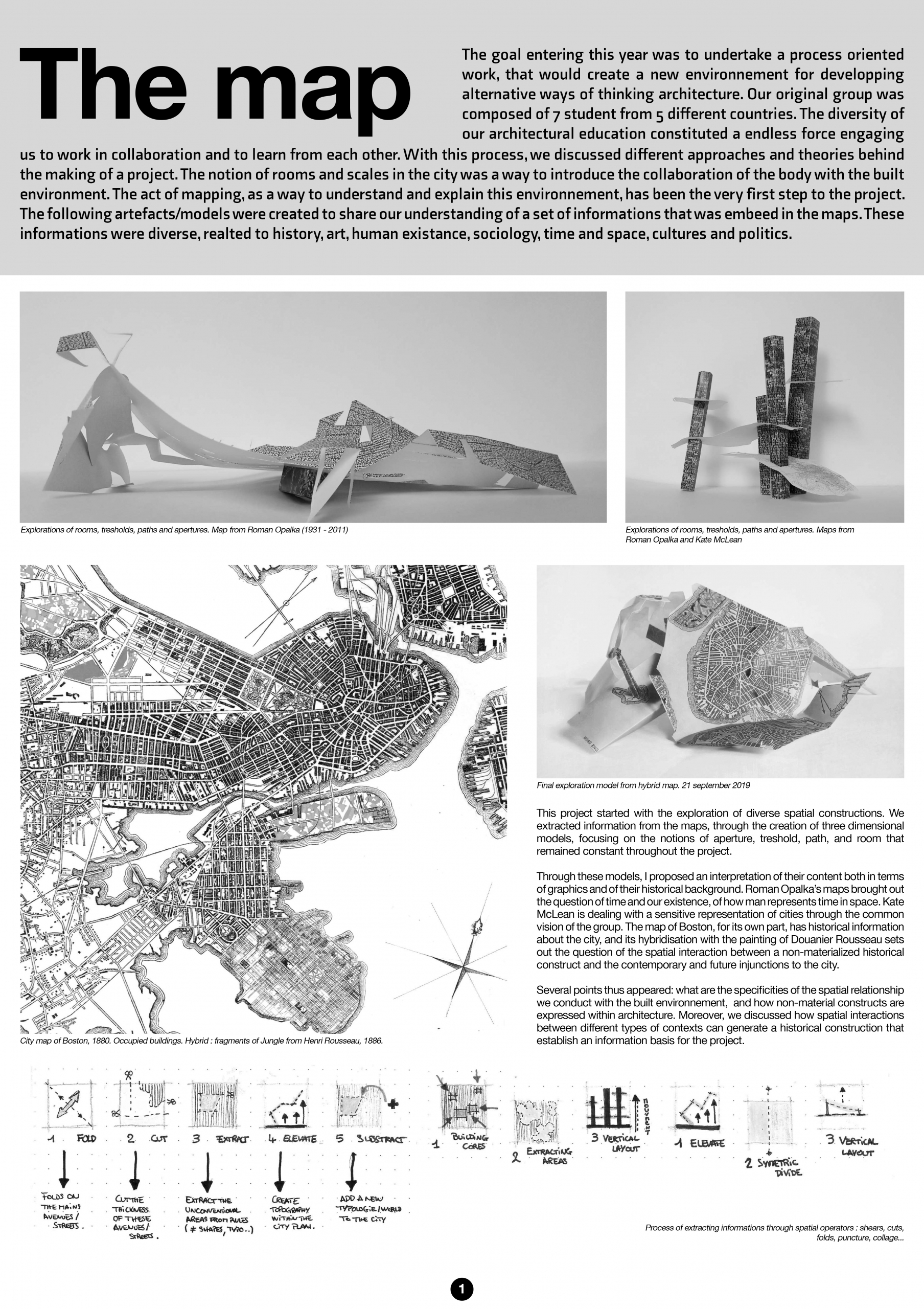 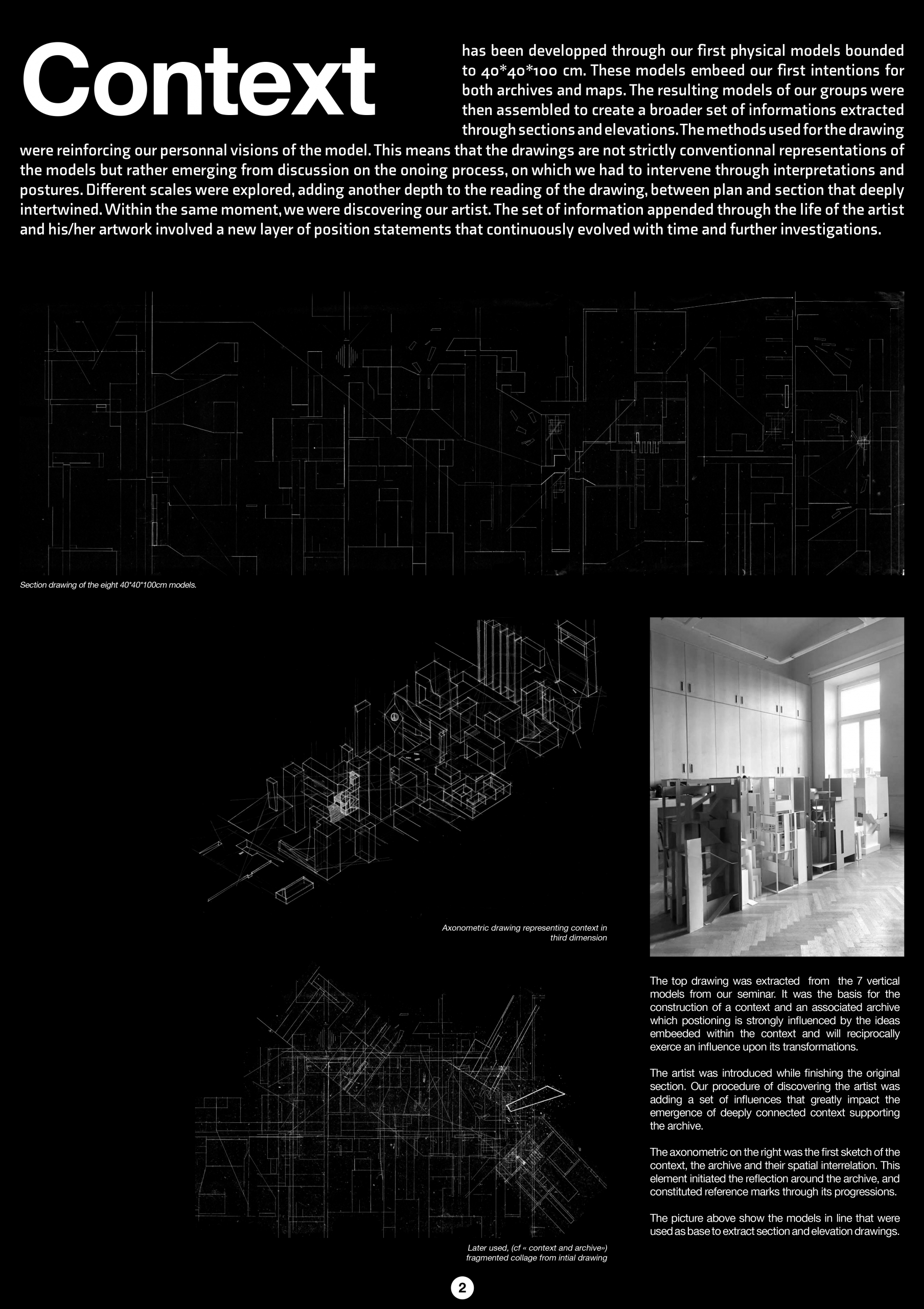 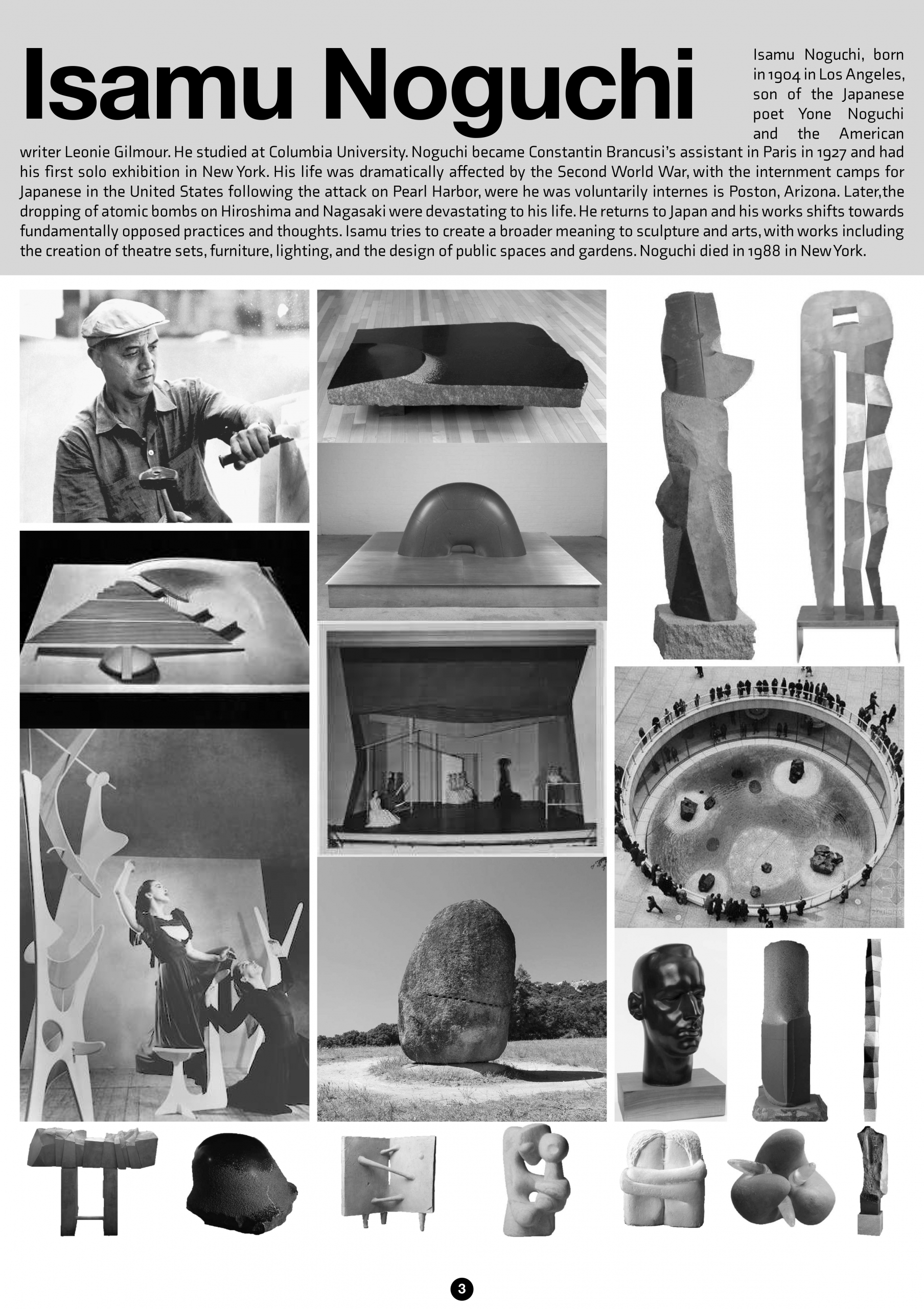 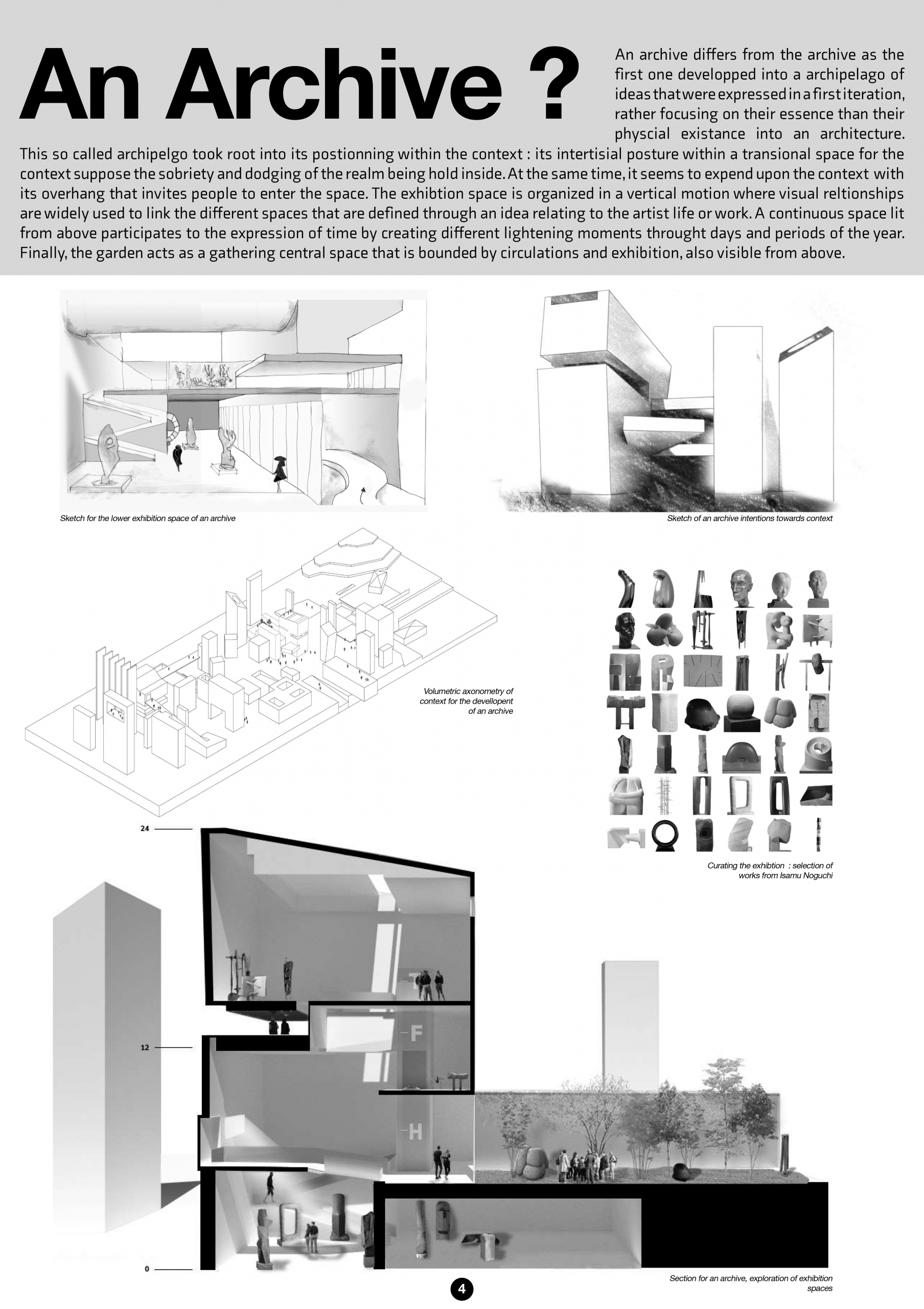 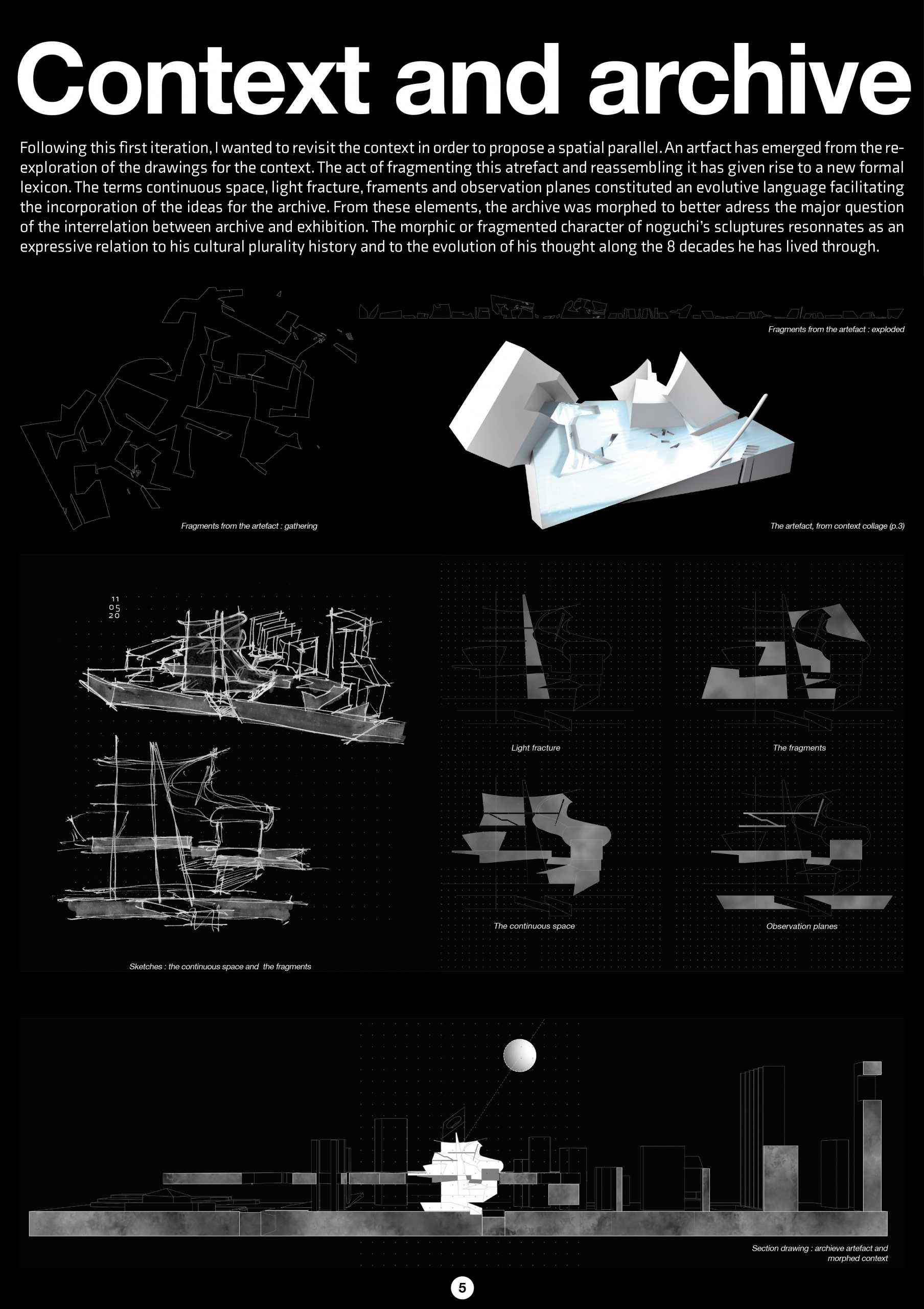 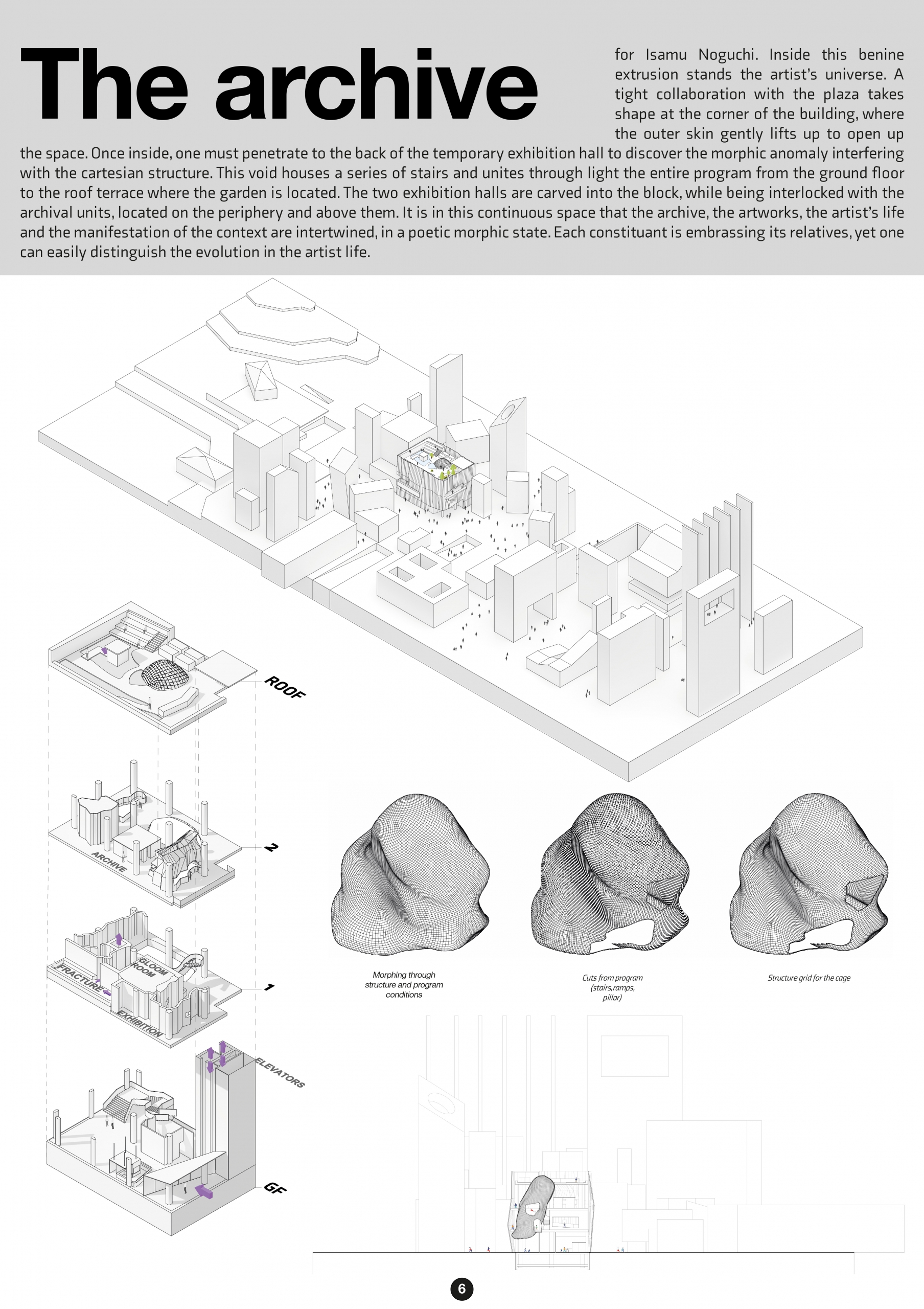 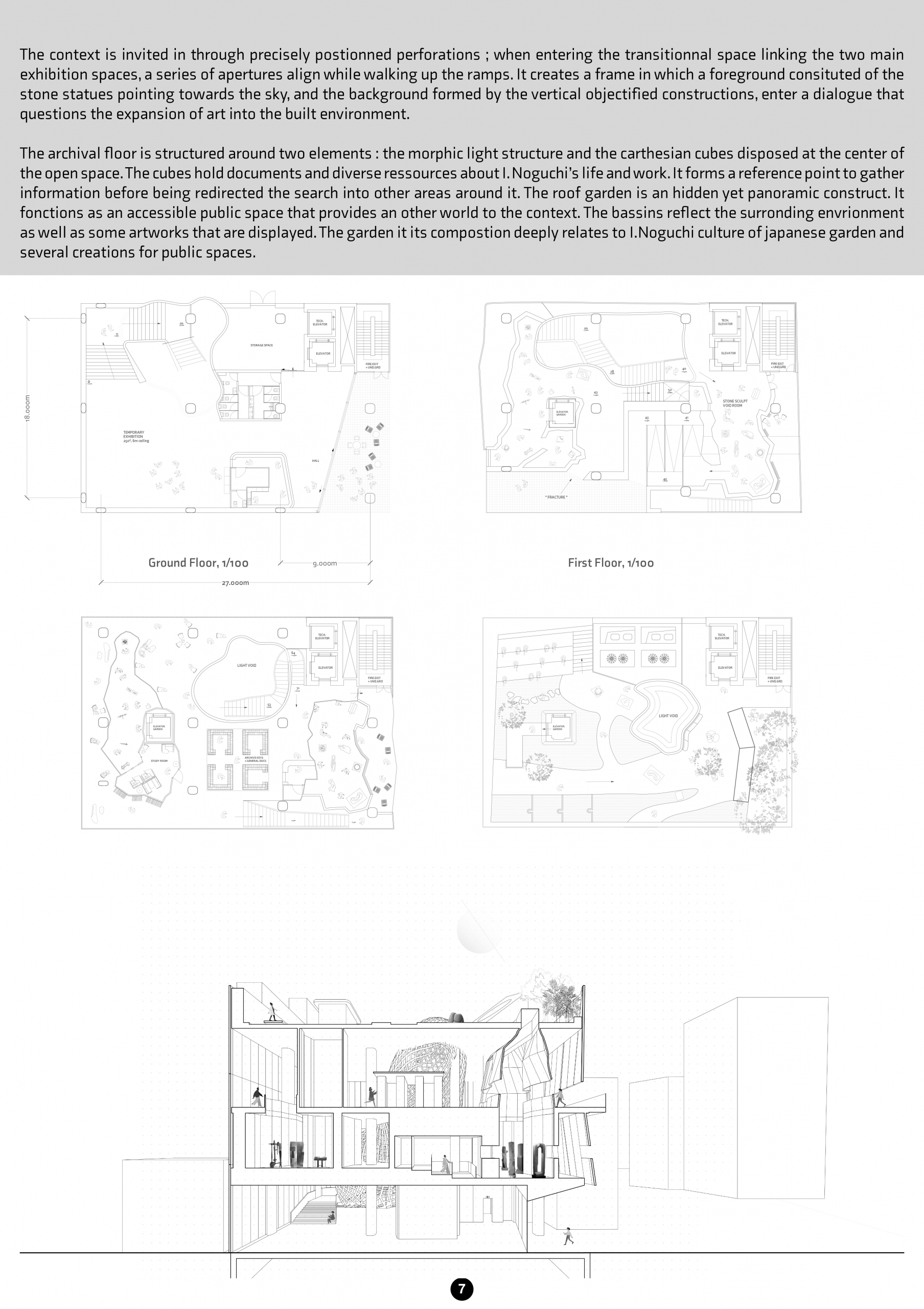 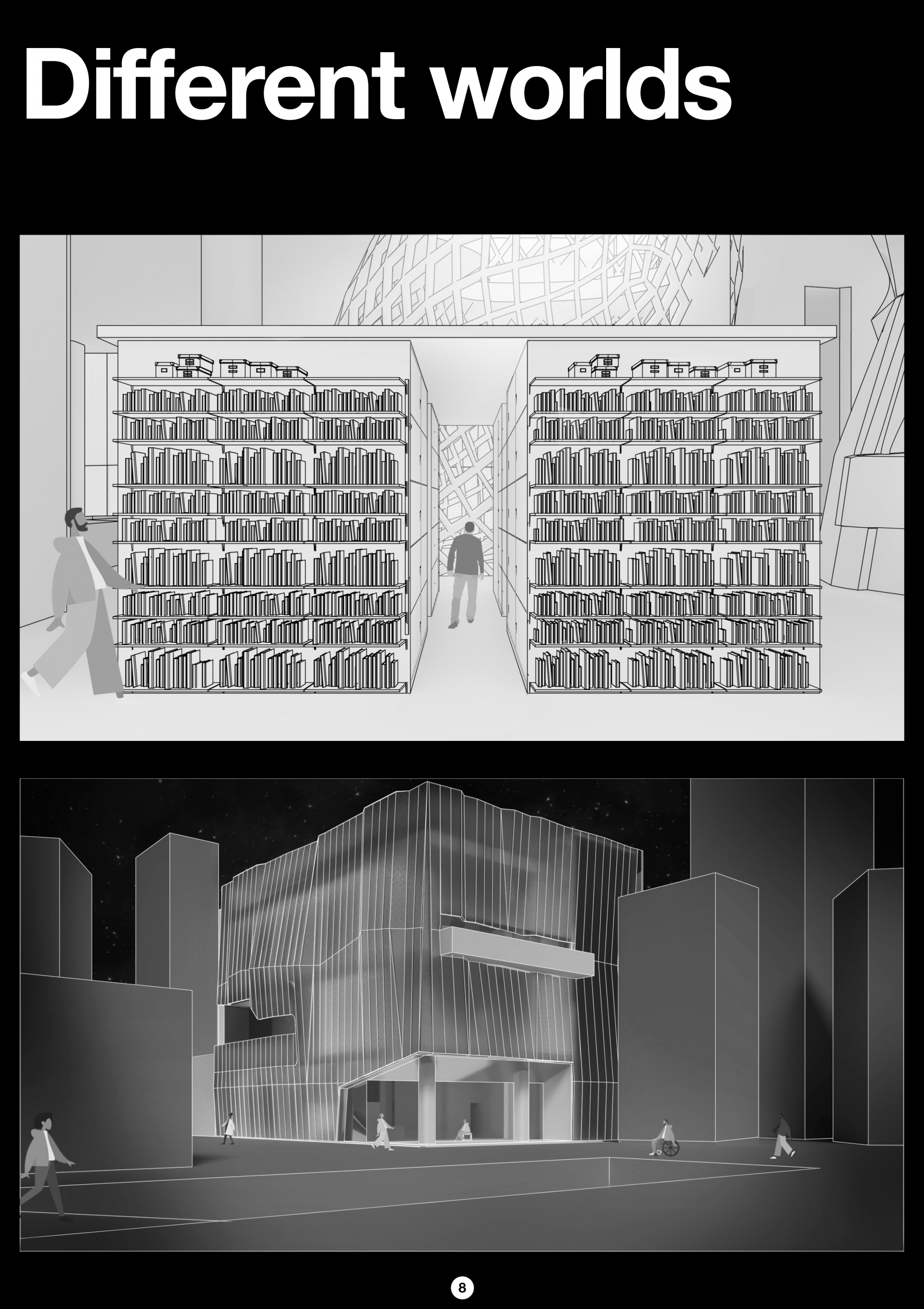