The project is implemented in the capital of Belgium on a site with a great potential to the city. In 1880, a large brewery complex called Wielemans Ceuppens was located on this site. After 100 years of activity, the industry stopped and it became a no-man’s-land for a couple of years. In 2010, a contractor took possession of the land and planned to build 9 residential towers. Unfortunately, they reached the groundwater when digging the foundations and the water rose up to the surface creating a large swamp-like lake. It has now become a green area in the middle of the city with a huge benefit for the inhabitants.

For the conceptual phase of the project, a research was made on the base of the following four defined keywords Threshold, Path, View and Aperture. The aim of this research was to recognize and translate these words into an abstract physical model.

The final project is an Art Center that was created as a result of the second and last phase. One building from the brewery complex still remains on the site. It is protected by UNESCO but has been left in total abandon. This has been the main inspiration for further development onto the project. Volumes are set on a grid whose dimensions are inspired from the façade. Being sensitive and respectful to the existing site conditions was the most important key to use. 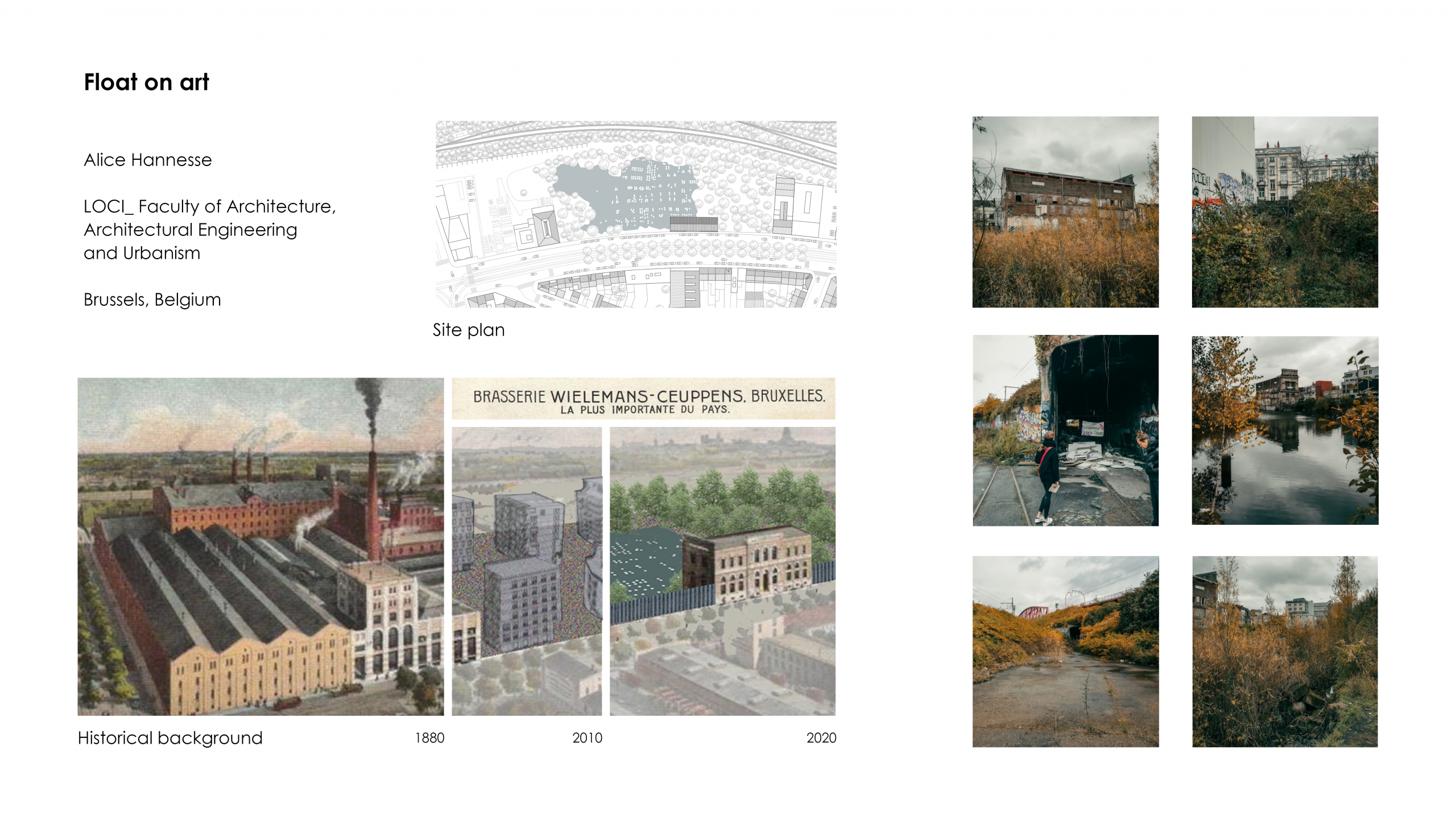 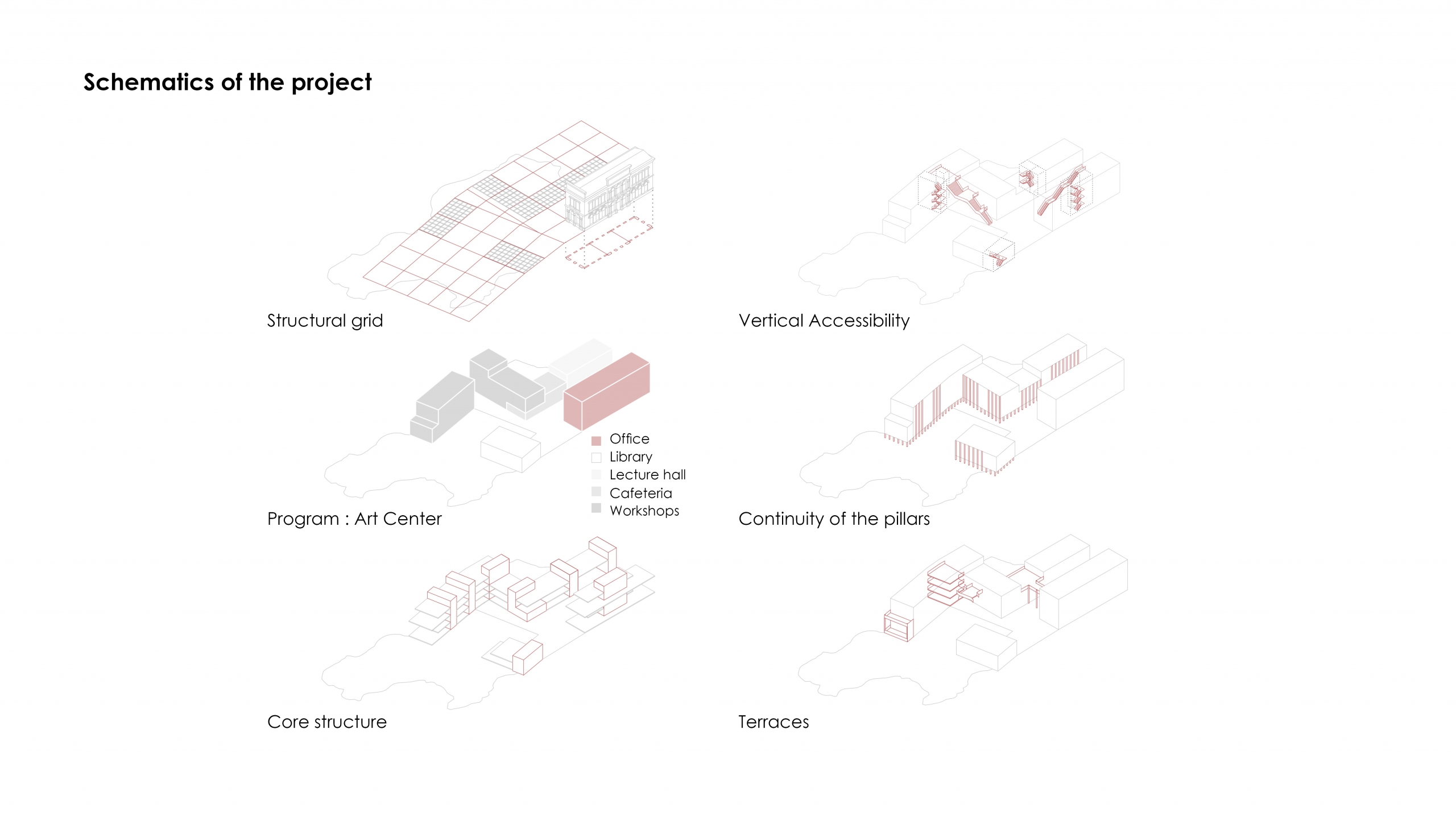 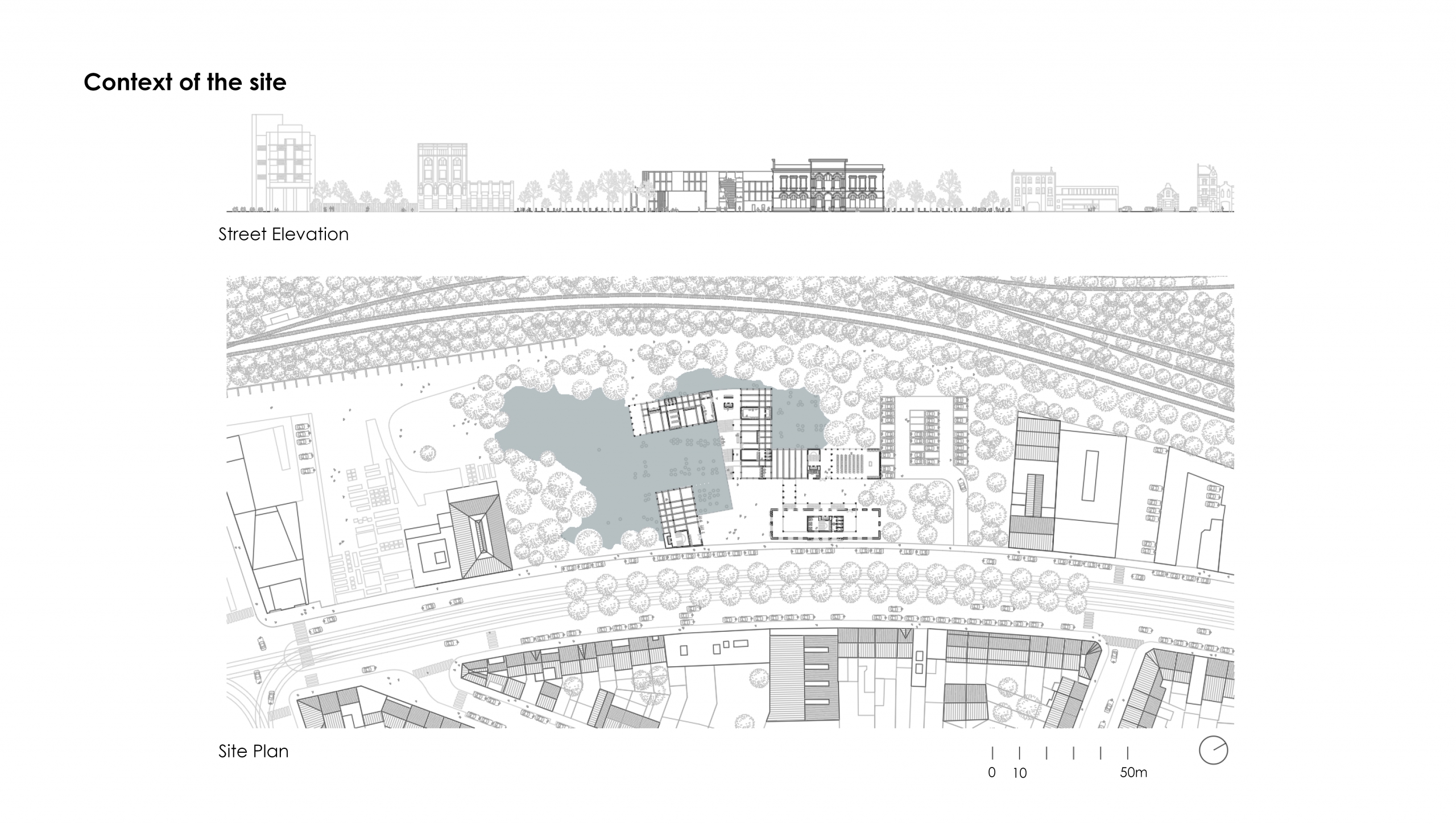 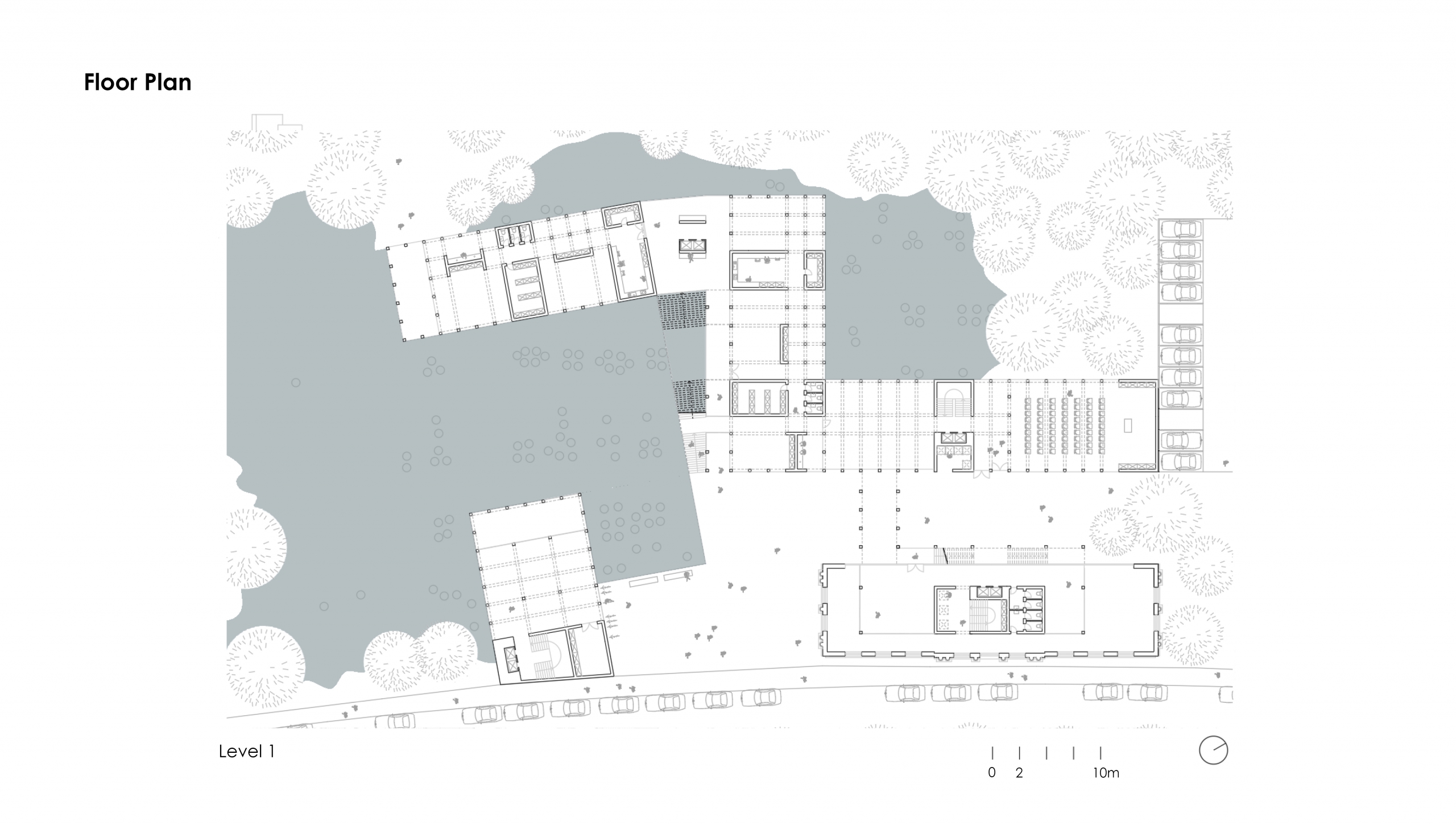 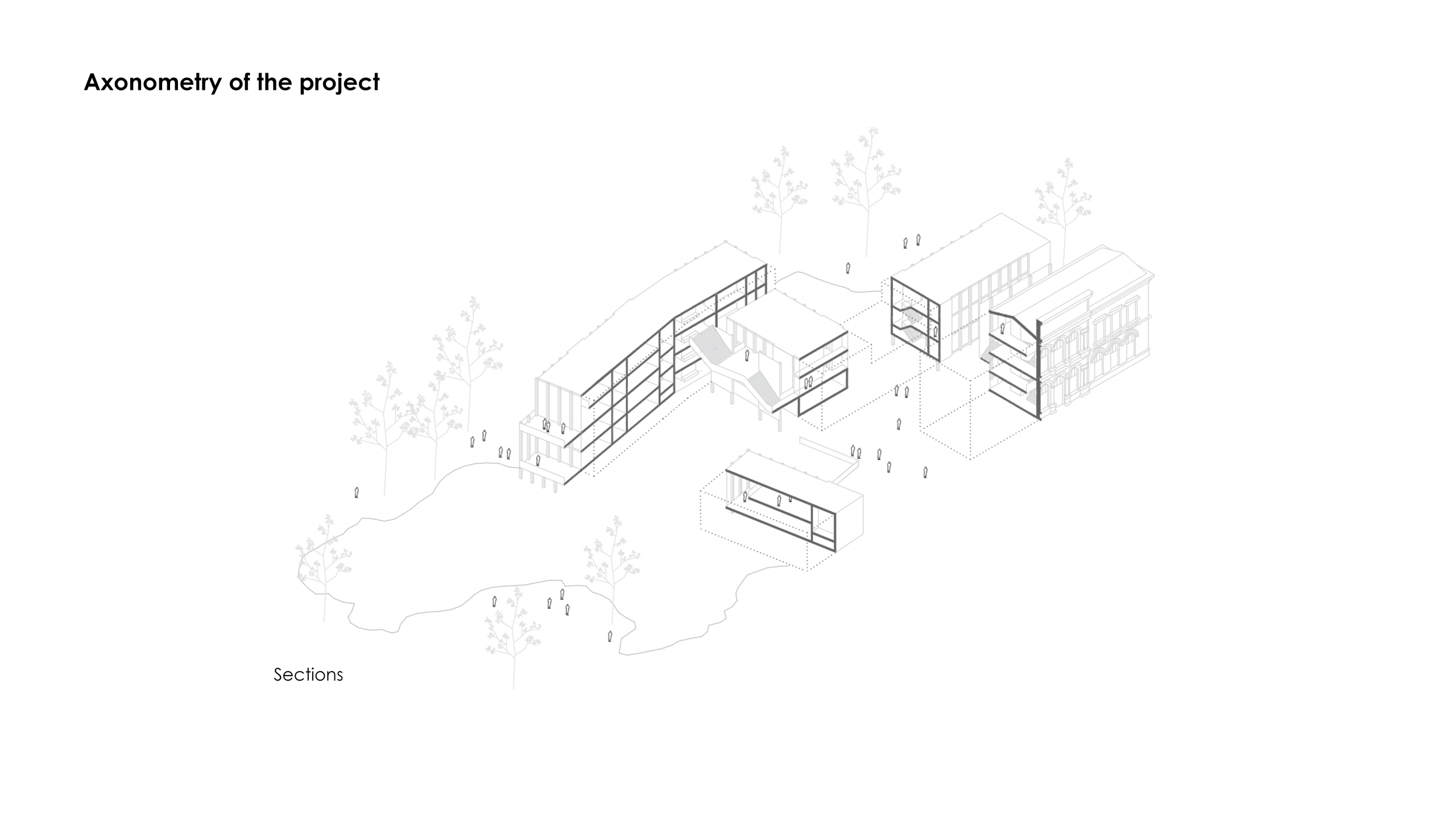 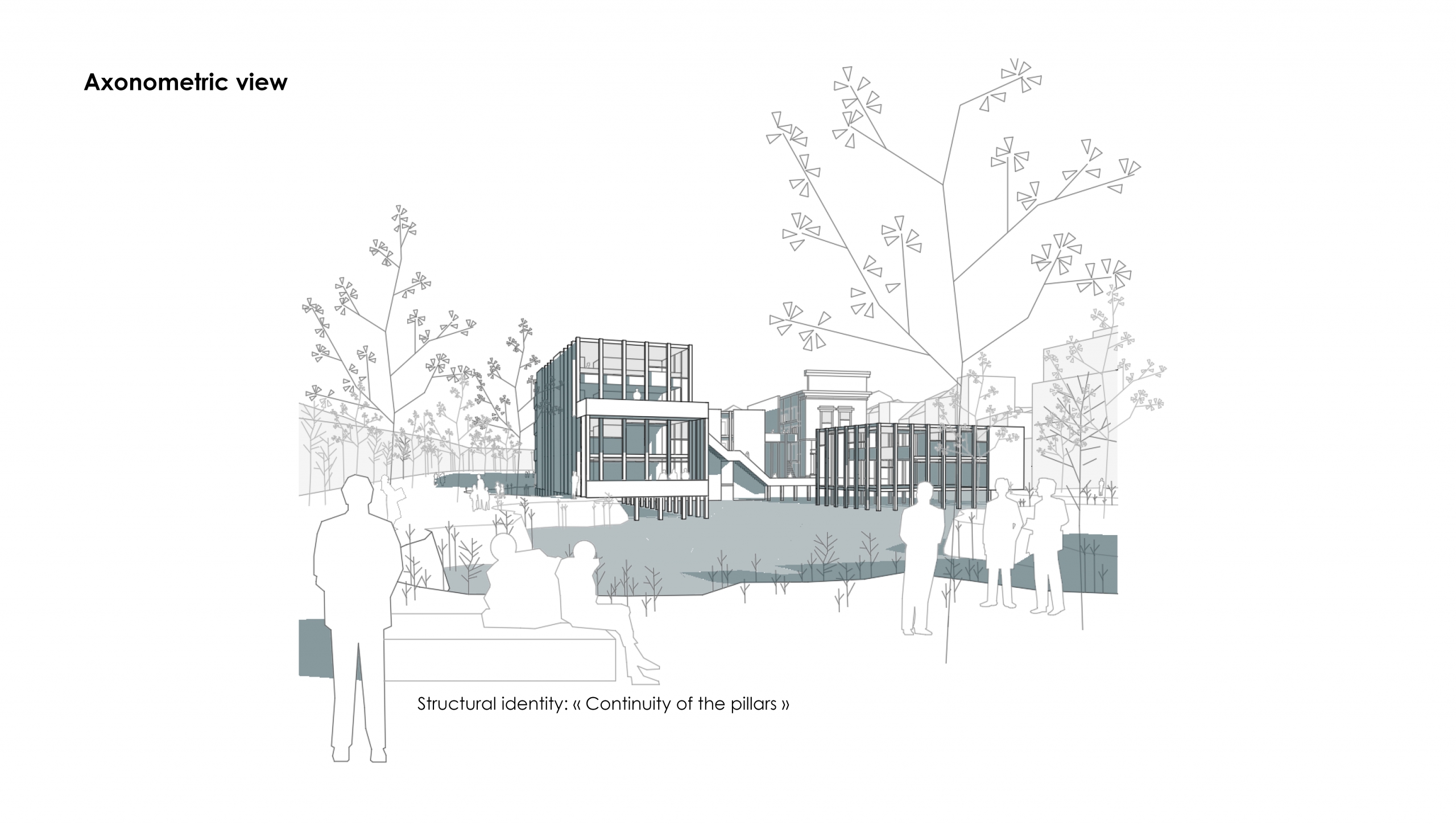 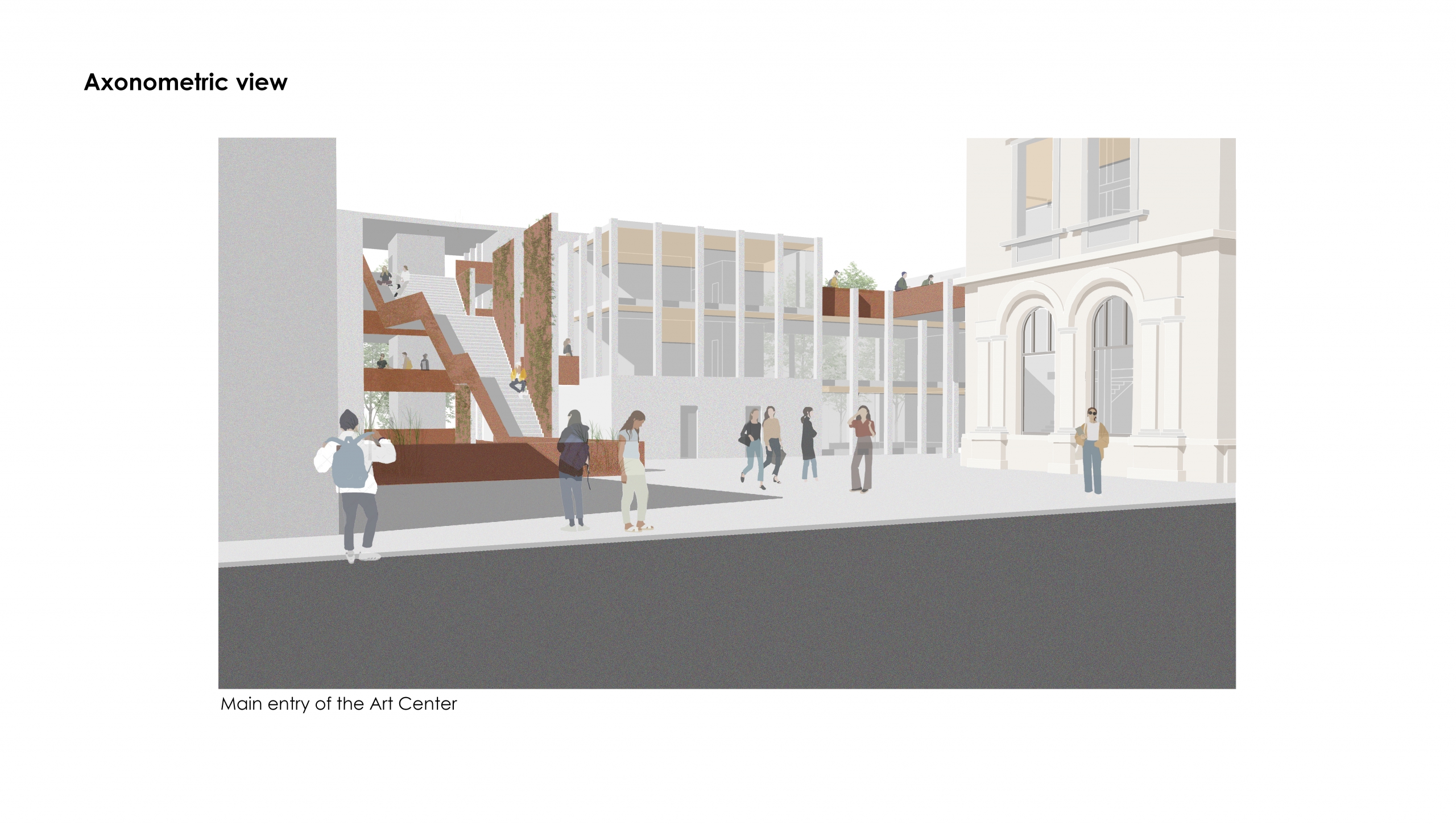 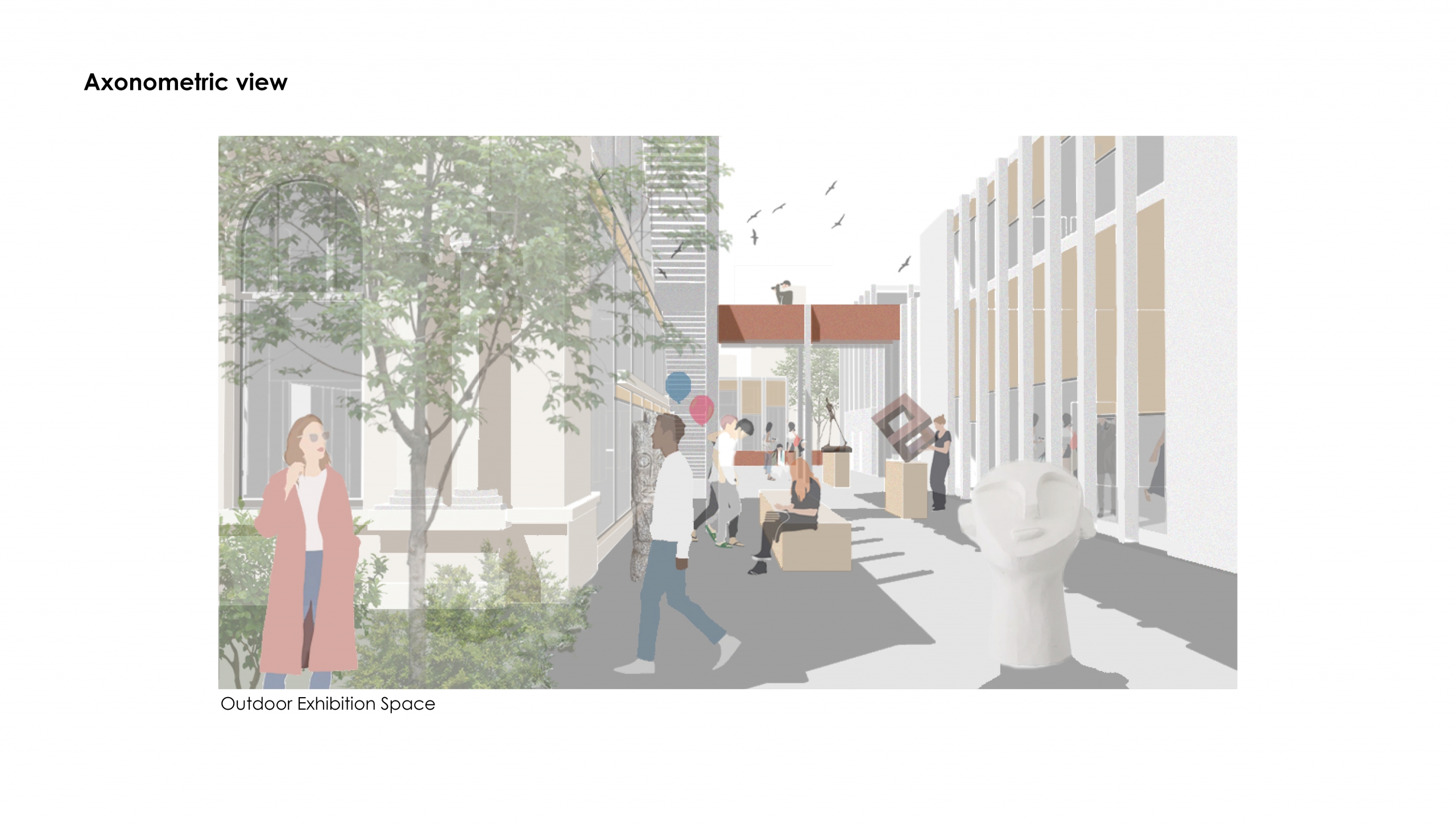 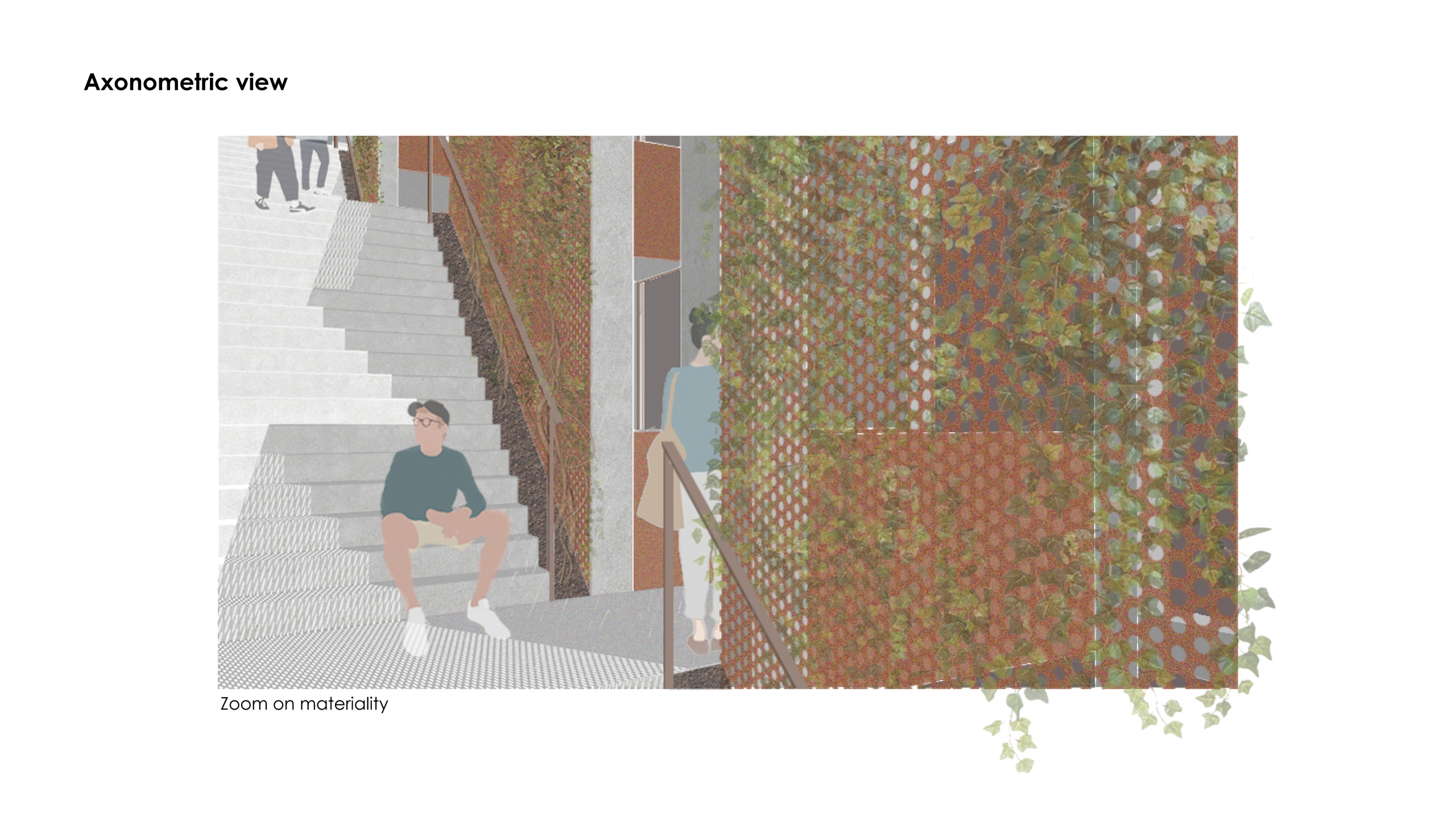 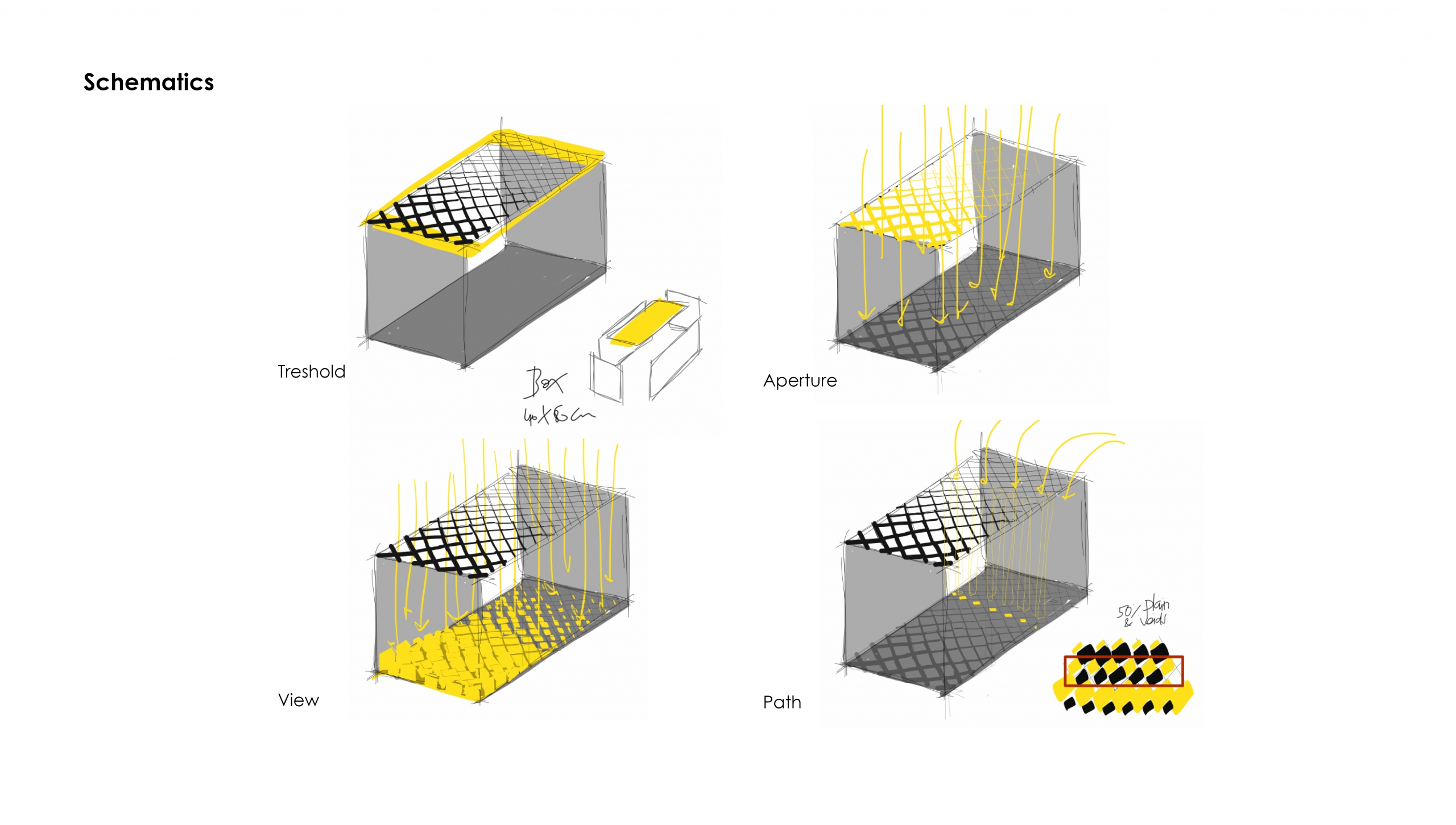 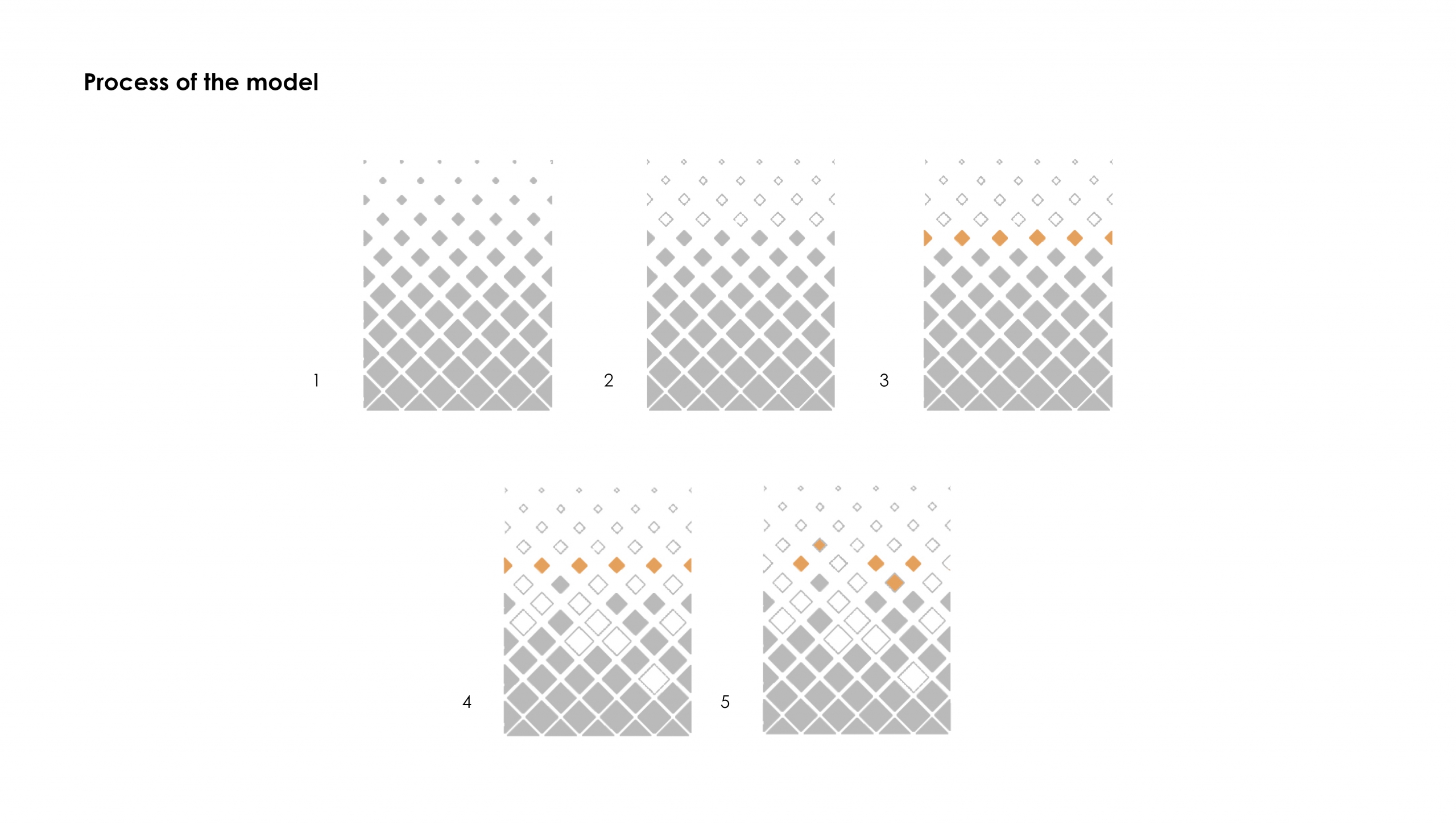 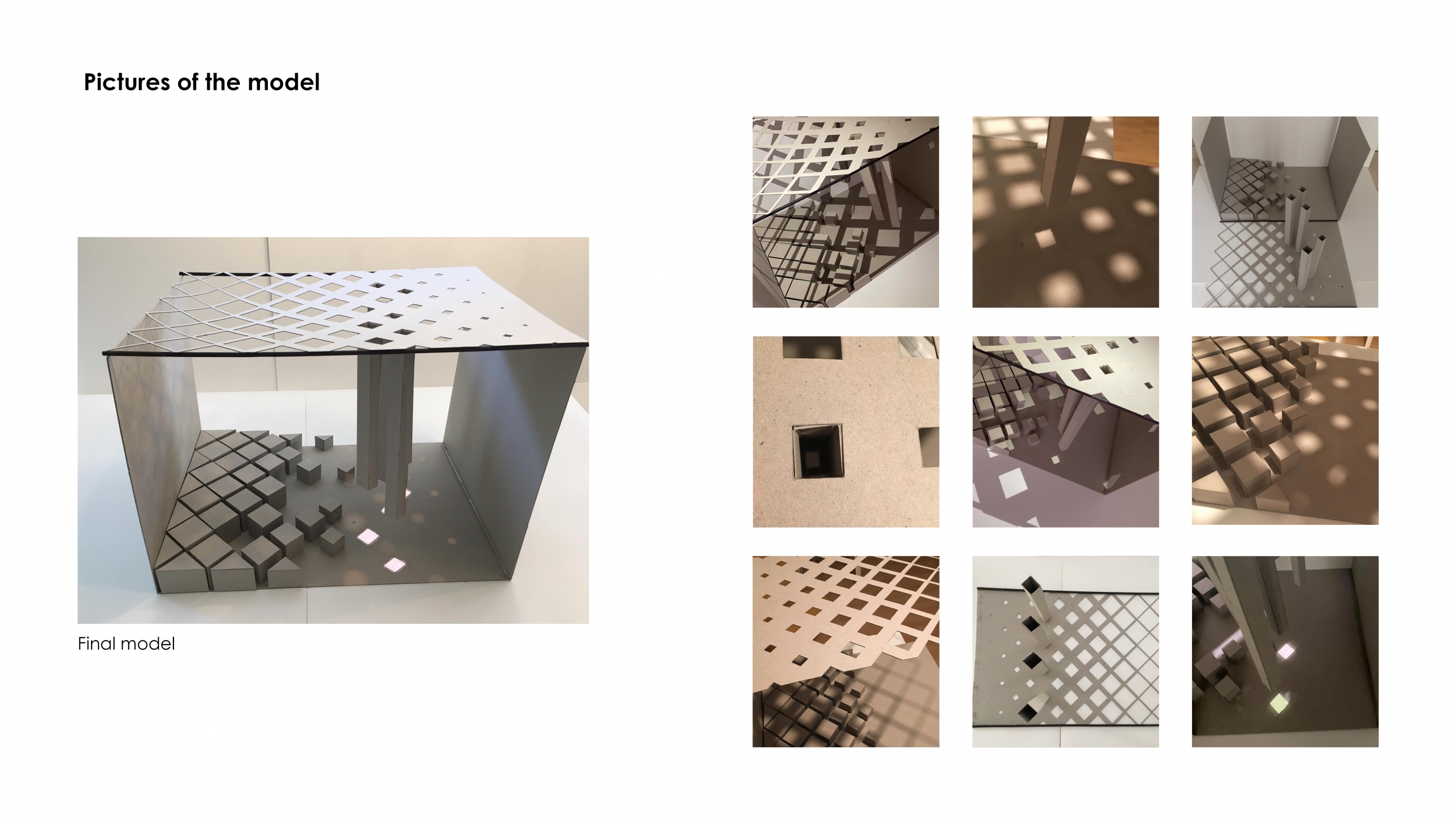