“When I breathe, I draw”

The first step was selecting the map of our choice and mechanically transforming it into an abstract structure, while considering spacial elements, such as threshold, aperture, pathway and archive.
The abstract structure was serving us as a generator for making the construct limited by dimensions 40x40x100 cm. While constructing “the inside” of a model, we were discovering and recognising the scale, proportions, thickness … Again we were dealing with spacial elements threshold, aperture, pathway and archive. So what is the space like, in which an archive could be situated? How do you get to the archive?
When we finished our models we combined them in a composition, so we could see kind of a thread going through all of them and creating a united system.

Then I timed up with Katja and we created a section drawing. The way we draw it, was symbolic because we “cut” the constructs right through the archive in each.

After we finalised our drawings, we selected the artist we felt the most attracted to. I decided on Roni Horn. What I was quite charmed by is precision and subtlety of her work and the element of mystery and curiosity that occurs while observing the art-pieces. The first artwork of her that I saw and was attracted to were the solid cast glass sculptures.

Who is Roni Horn? She is a very interesting persona. She is an American born artist, she is also Jewish, lesbian, politicly open and is not afraid to share her thoughts. She is honest about her work and work process and often shares a glimpse in what is going on behind the closed doors. Her work is very much about concentrated visual power, the experience you go through and self-reflection afterwards. She is working around and debating on issues of gender, identity, masculinity, femininity and androgyny. She is exploring the forms and their’s variations in combination and the relationship between those.
One of the most important catalysts for her artwork is Iceland. A country she came in touch with at a very beginning of her professional career in the early 80s, more or less by the accident. She is divided between New York, where she lives and has her studio and Iceland that is a source of infinite inspiration for her. She is covering almost every art form, she is making sculptures, installations, photography, collages and drawing, along with that she also writes essays and is holding a professor position at Yale University.
What was interesting to me was her work process, the relationship between two completely opposite environments, New York – a dense structure and Iceland – remoteness, that she creates in. I would easily say that by doing that, she is crossing the edge. She collects artefacts, materials and her analysis and stores them in her personal archive, that she recalls her inventory of Iceland. She usually ages the objects in her archive and is coming back to them, after some time passes. So, what kind of environment can hold the archive for Roni Horn? 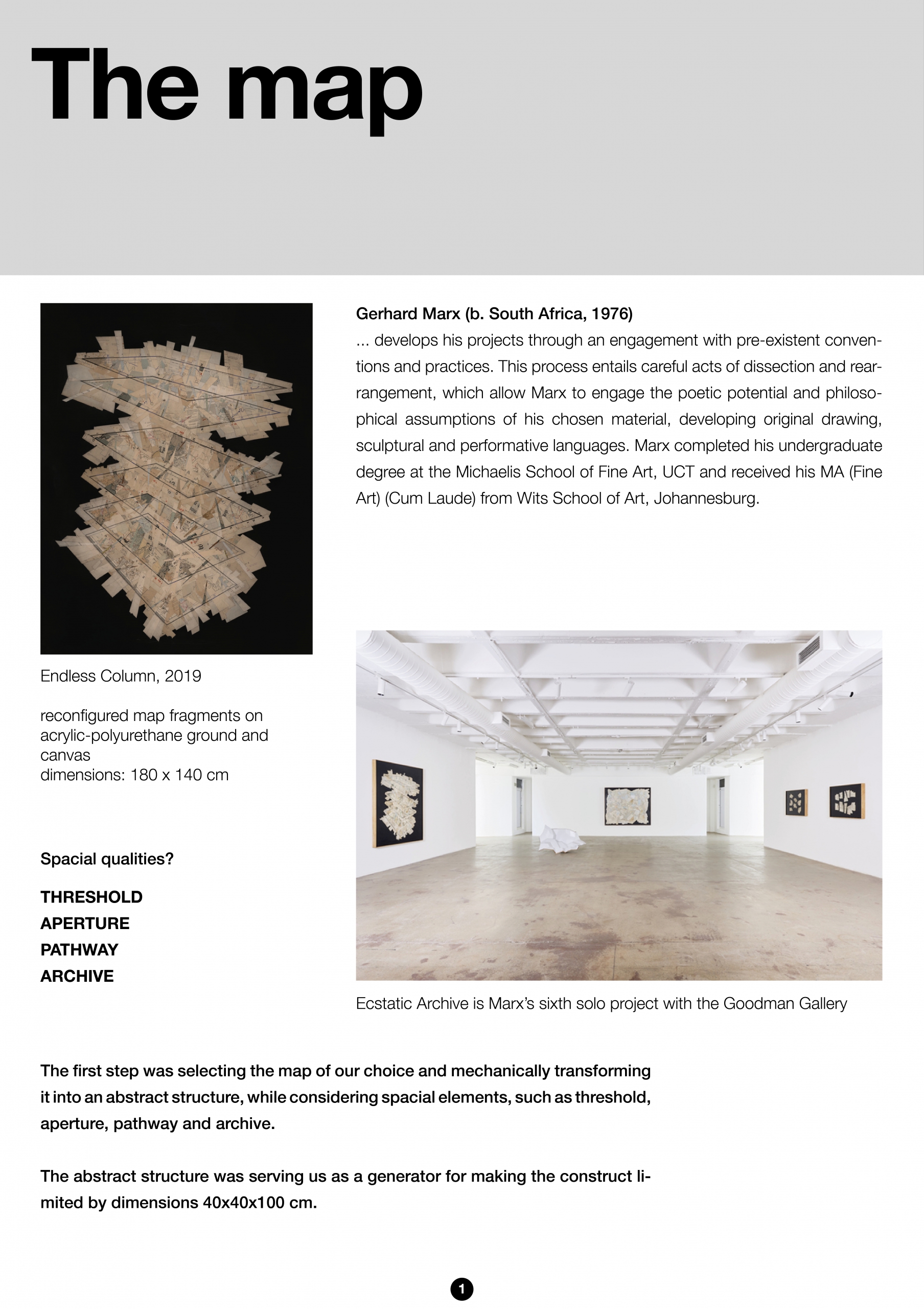 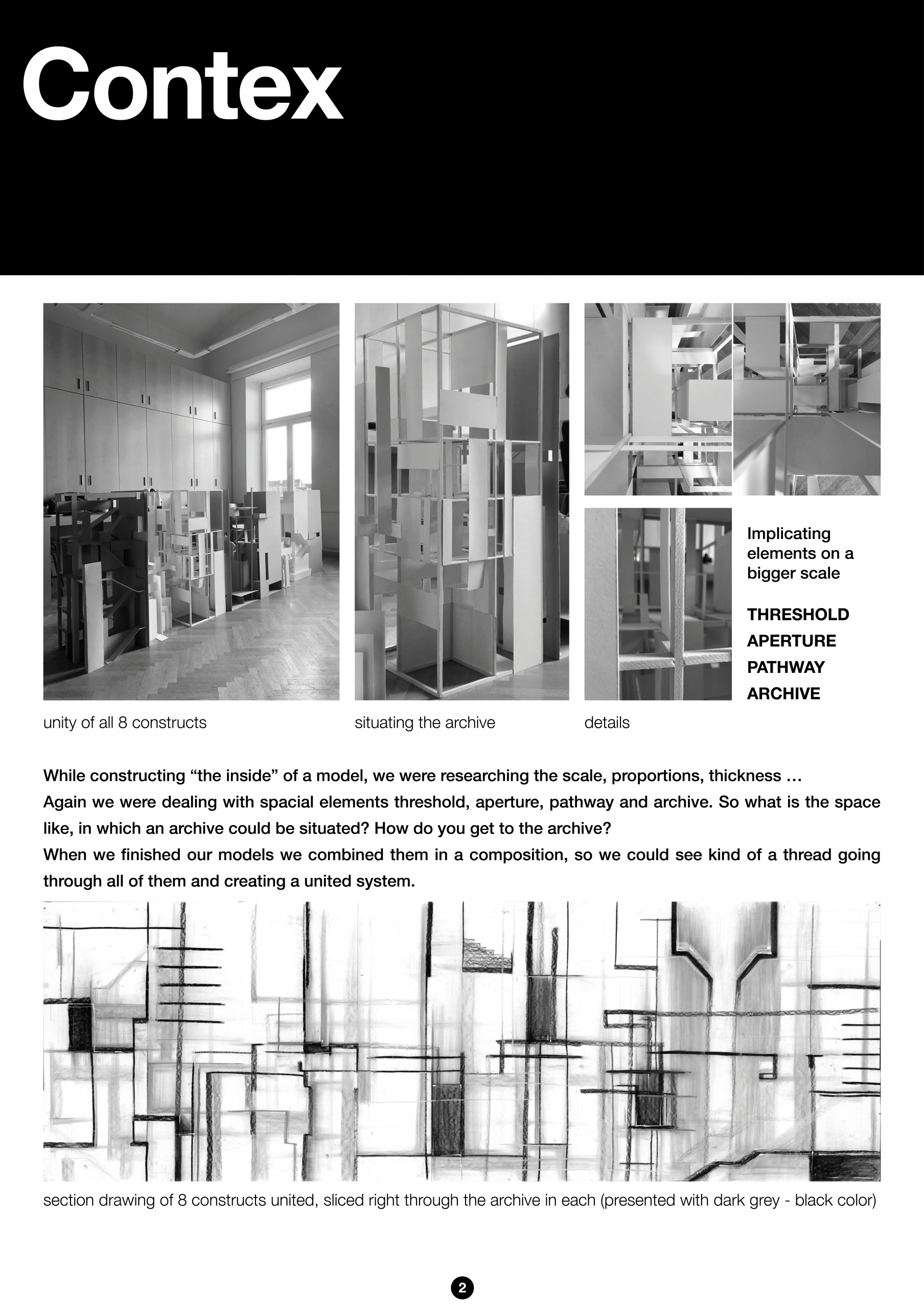 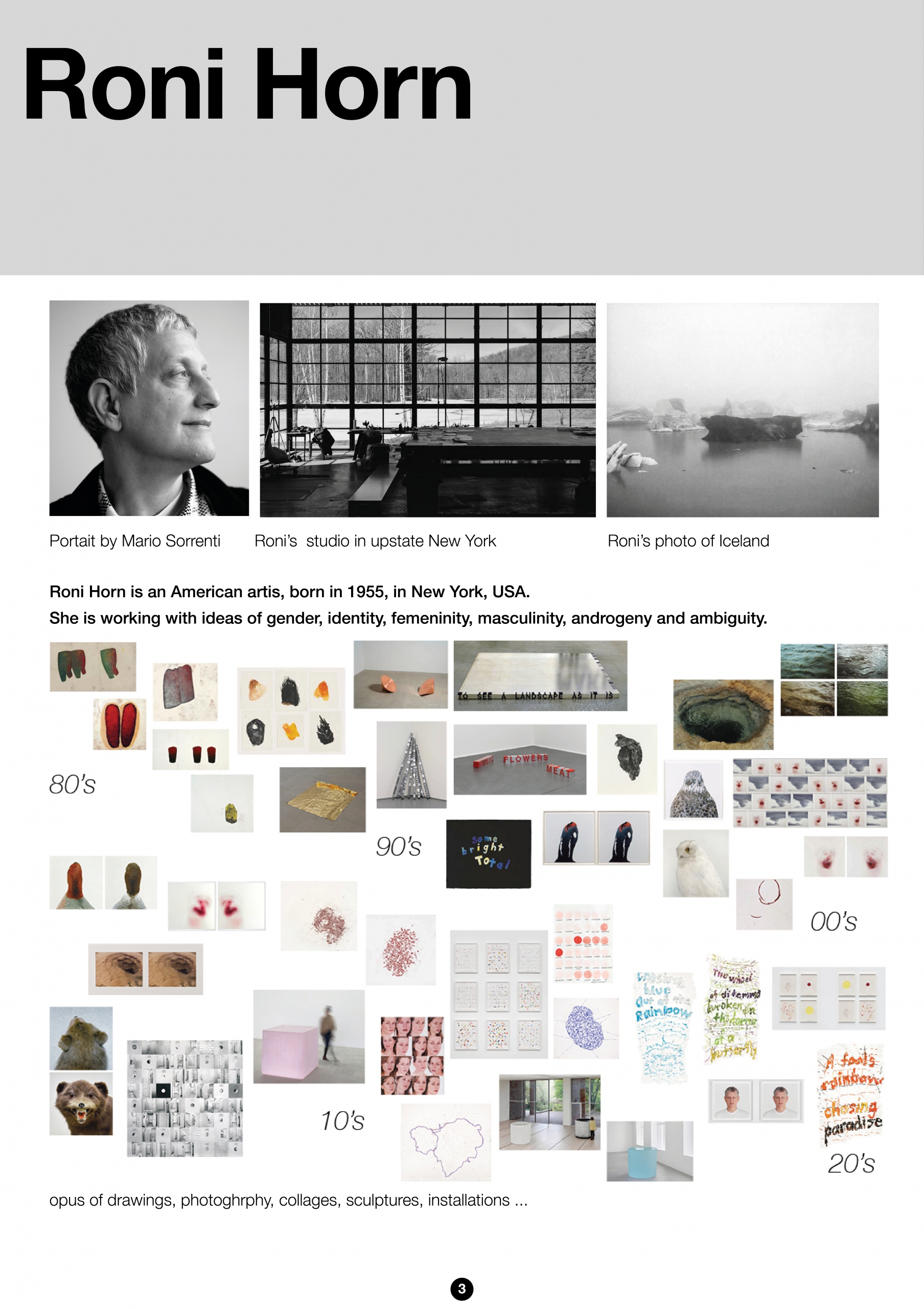 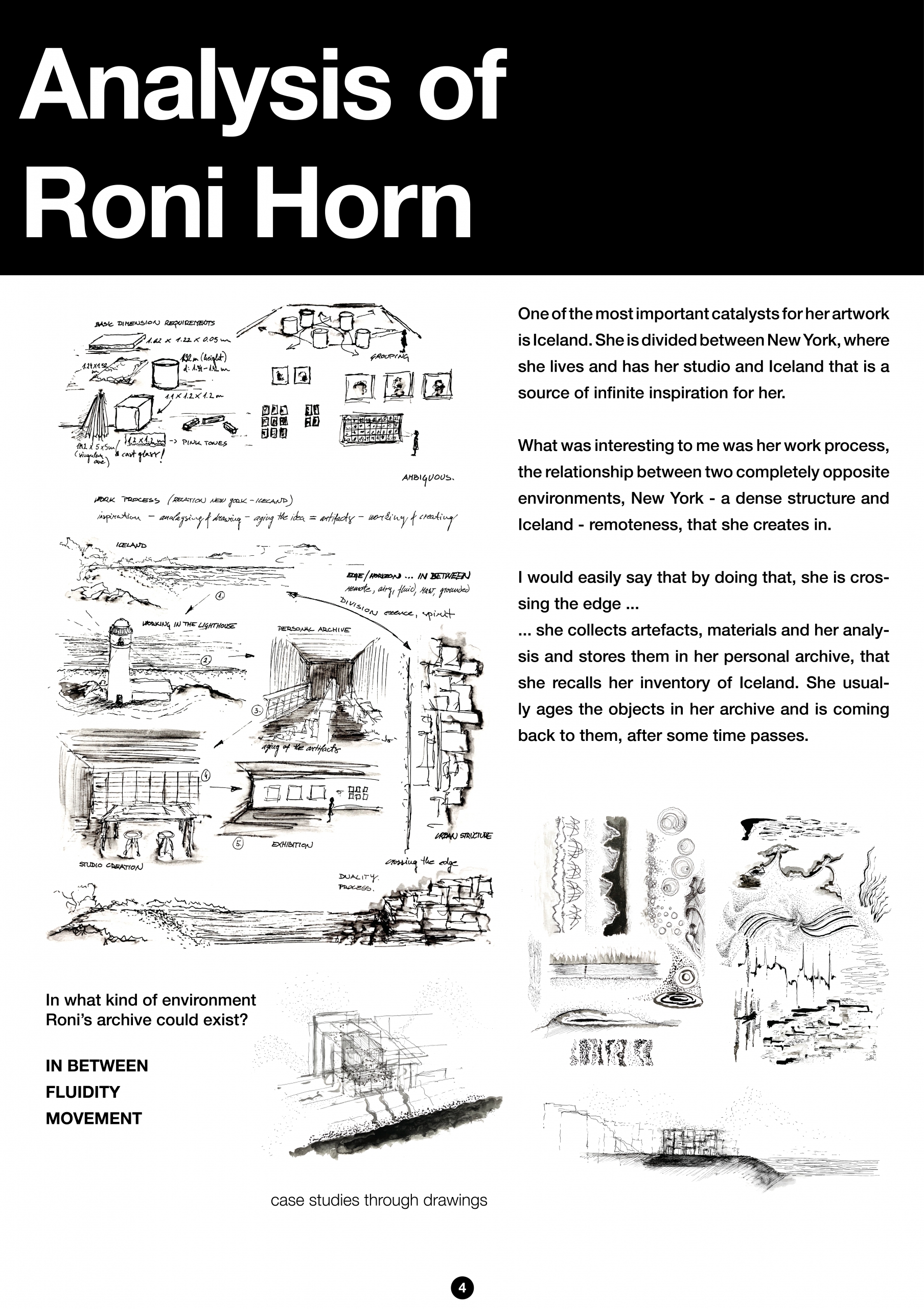 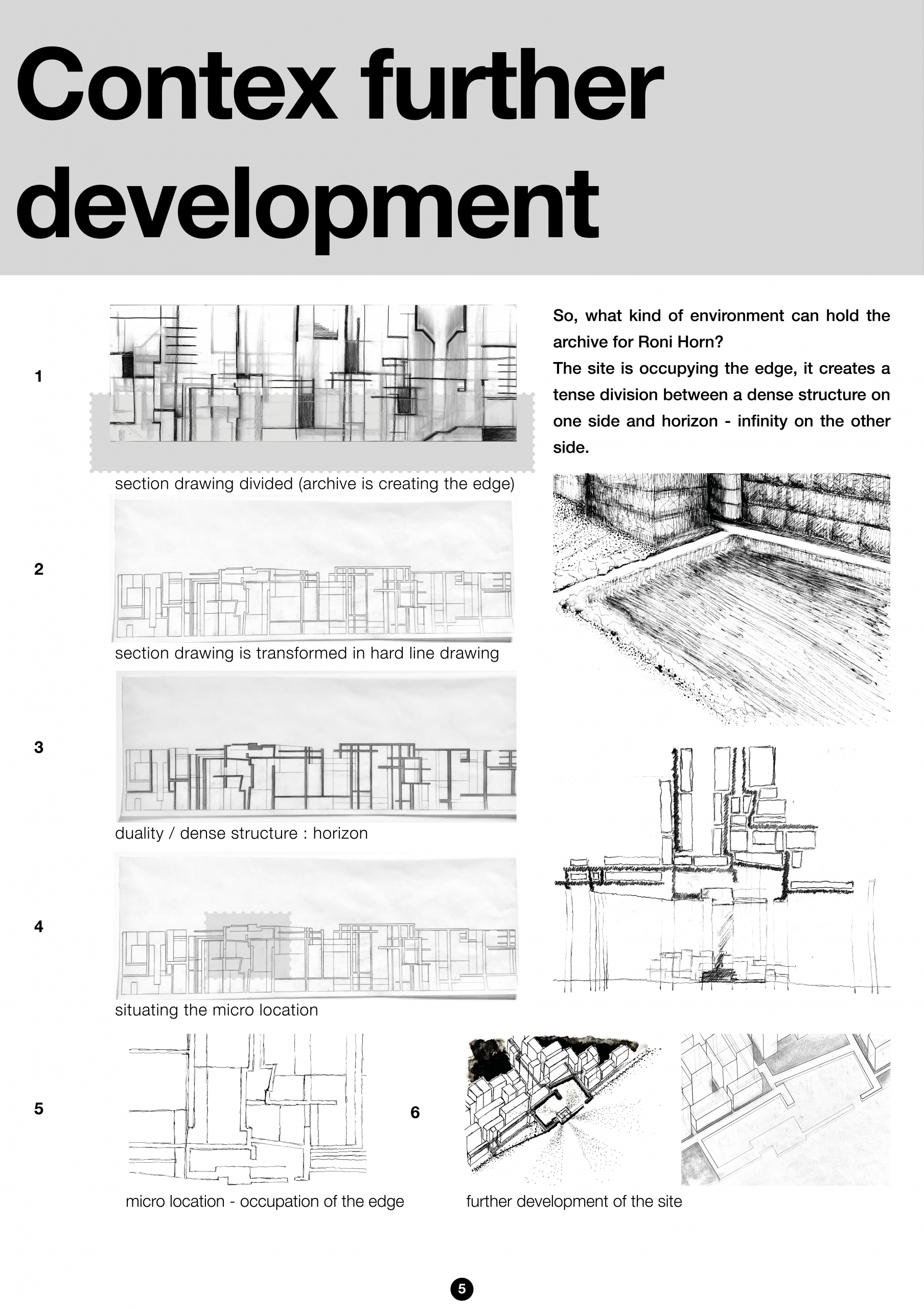 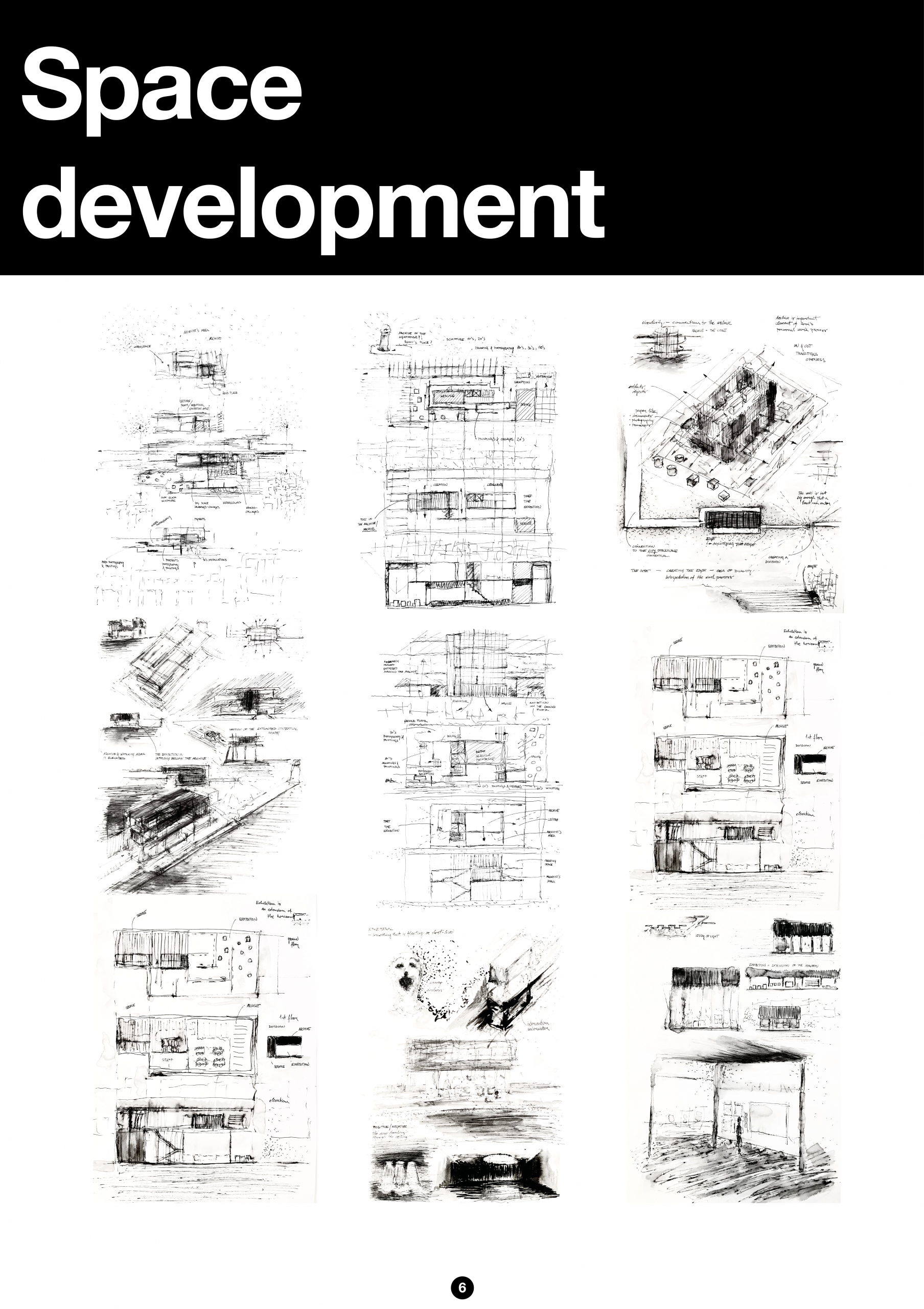 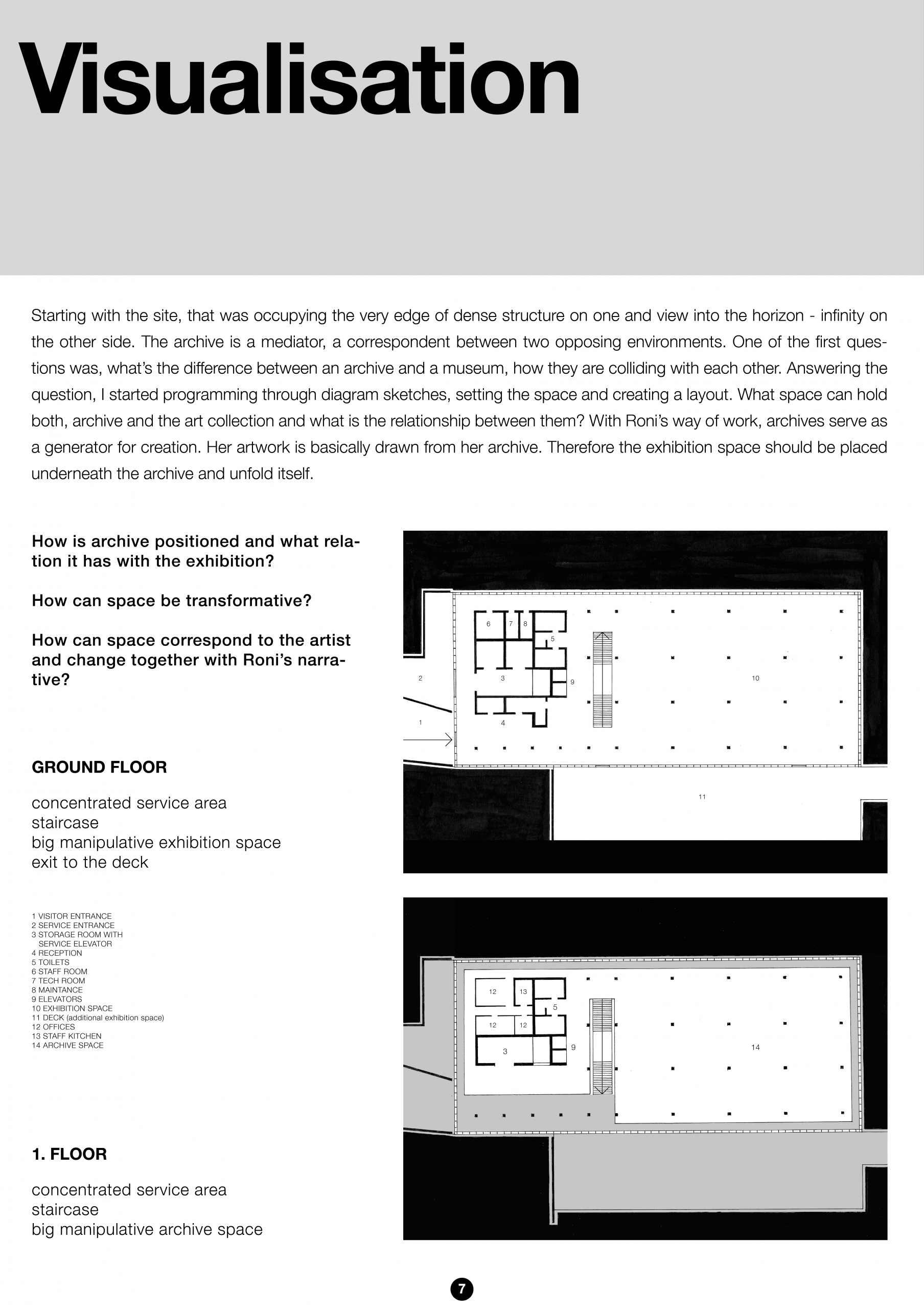 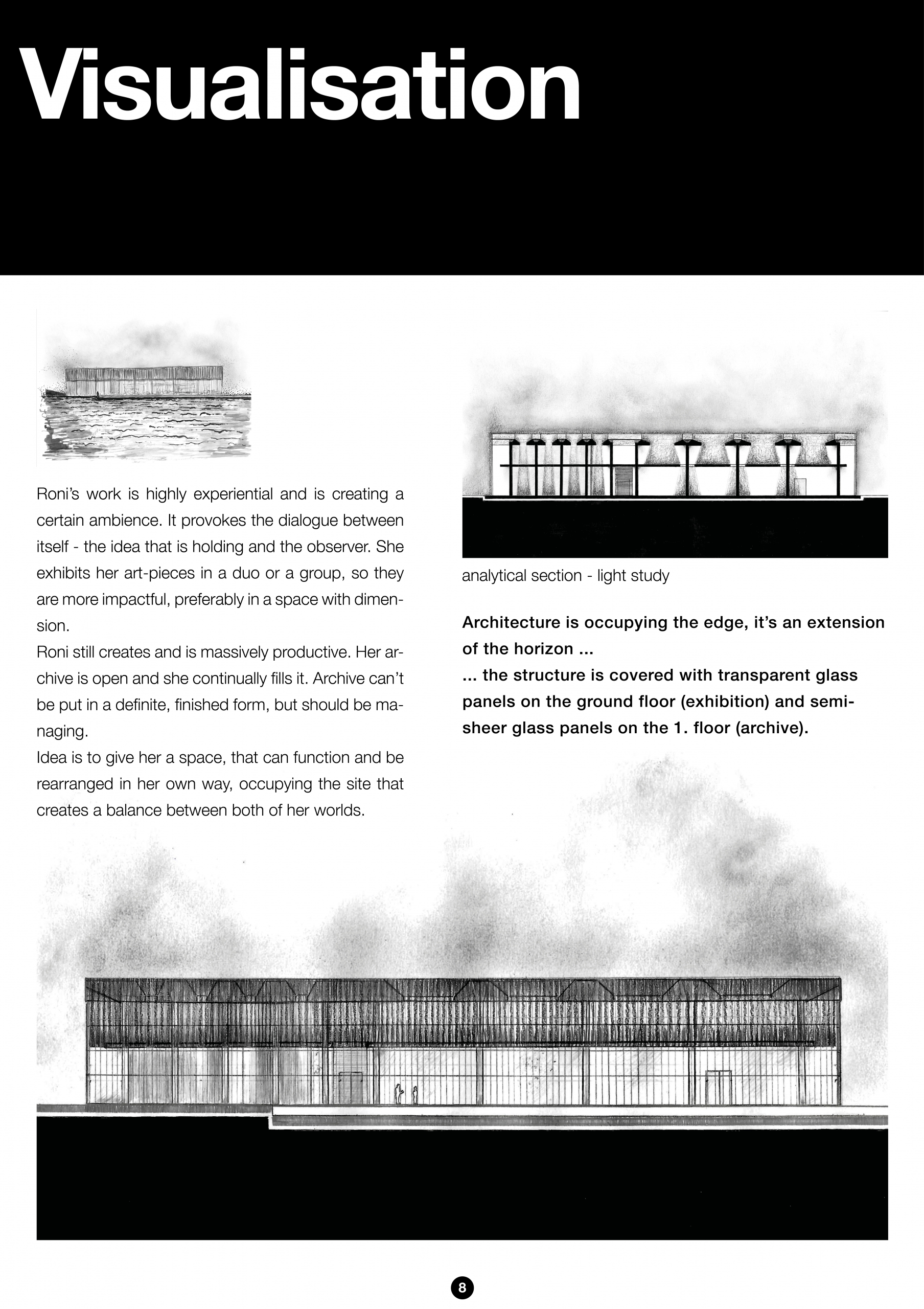