The Bežigrad ramps is a project aimed at facilitating the life of the neighbourhood’s community of neighbours. It is a dynamic and daring form, but at the same time elegant, develops responding to the problems of the area such as traffic or the large dimensions of the plot that hinders the journey of citizens.
Thus, looking at “Dunajska Cesta” it’s closed with a form that invites the citizen to discover what is on the other side. This fluid communication through the plot is thanks to the bridge between the two volumes. The other side of the building opens into the neighbourhood. Firstly, due to the shape of the two volumes, they create two places where different events can be done. Second and most importantly, we find the elements that give the project its name. These ramps are extend in the same way as large arms that invite and welcome citizens to discover the building as they function as a tempting element for the public that facilitates the ascent.
Regarding functionality, the biggest building corresponds to offices for public administration. The other is completely intended for the public as it corresponds to large rooms to make workshops, conferences or even meetings of neighbours.
Communication inside the building is also fluid due to the good connection between the ramps, the bridge and the interior spaces. Both buildings attract morning sunlight thanks to large windows and a double height that also facilitates the interior-outdoor relationship from the squares. 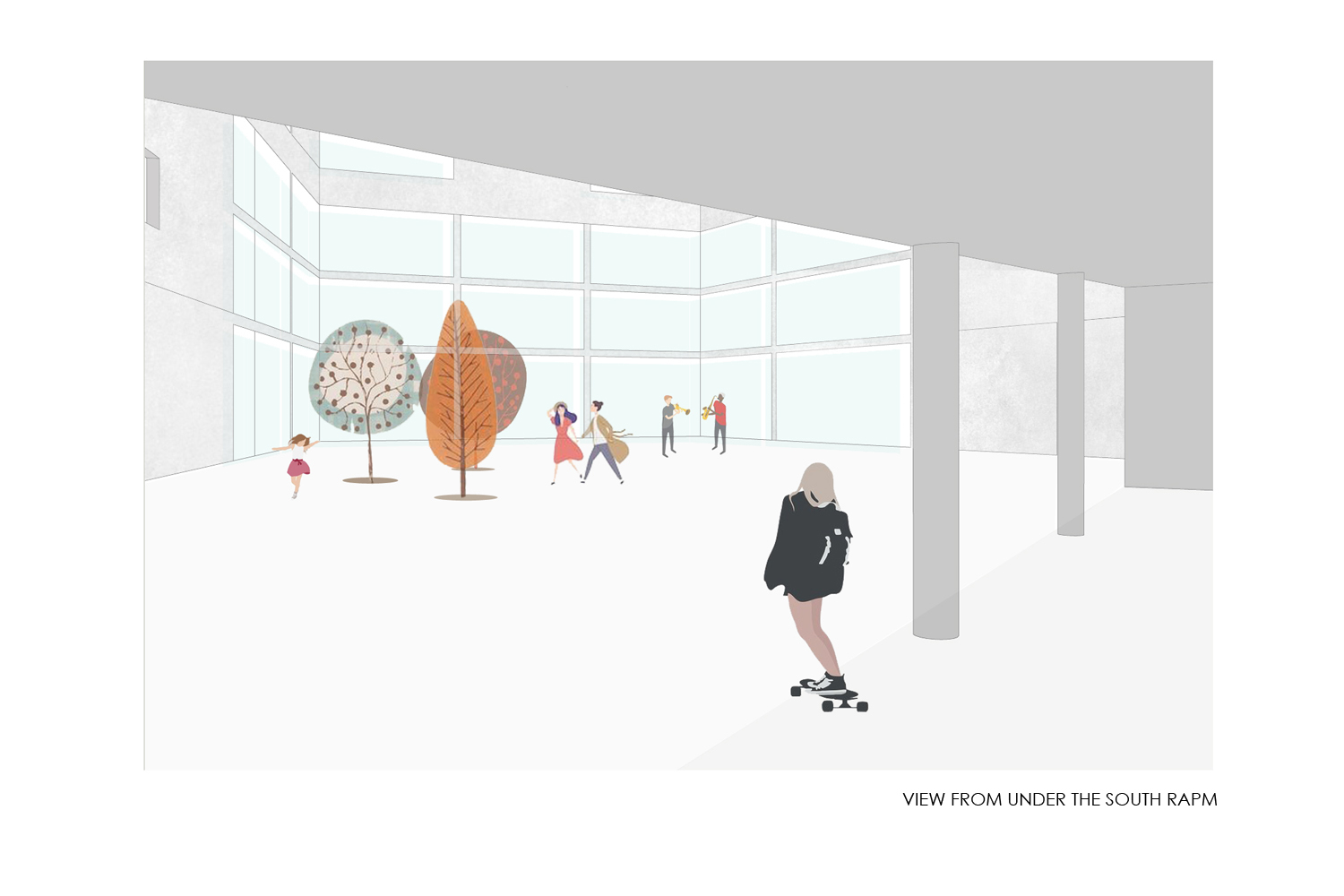 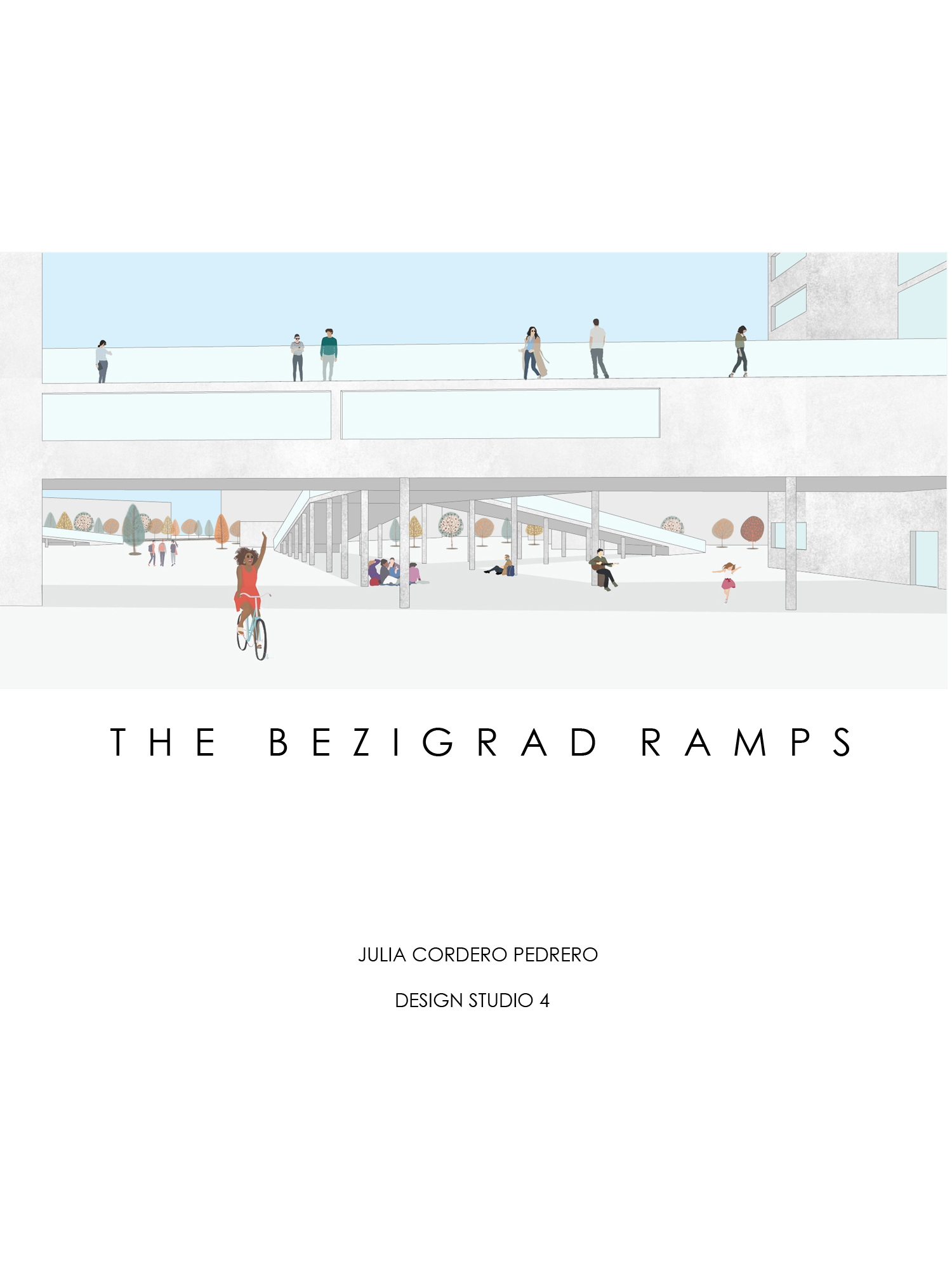 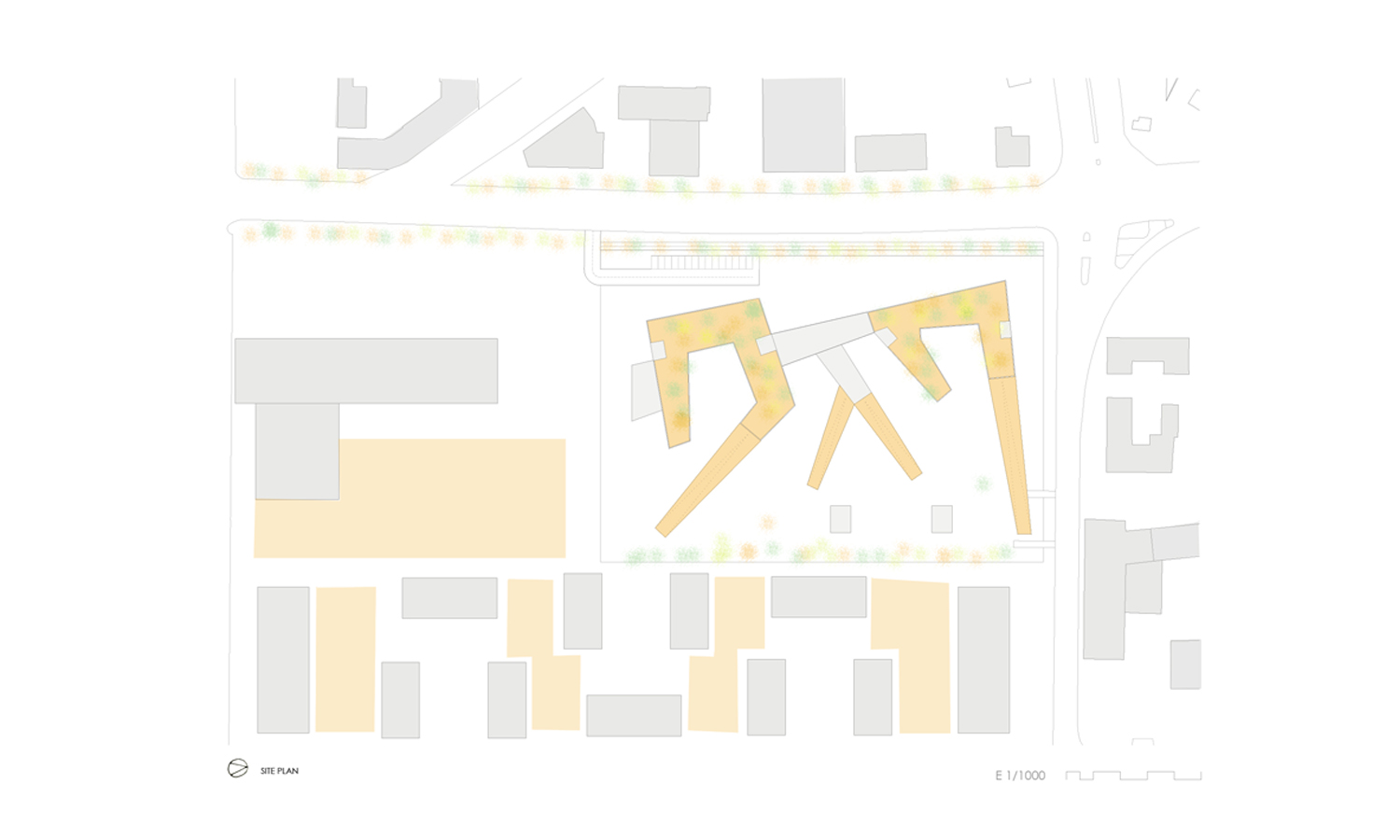 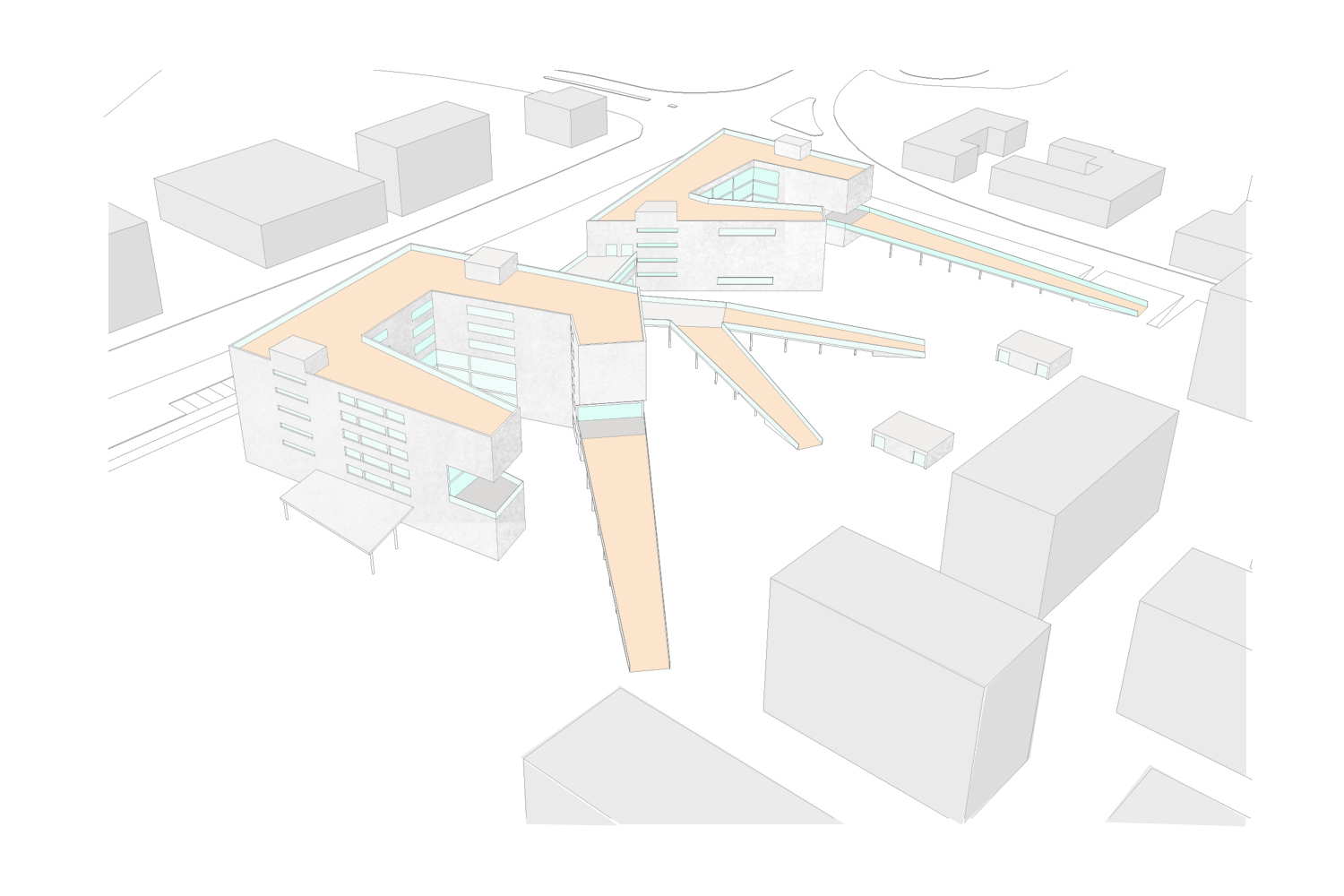 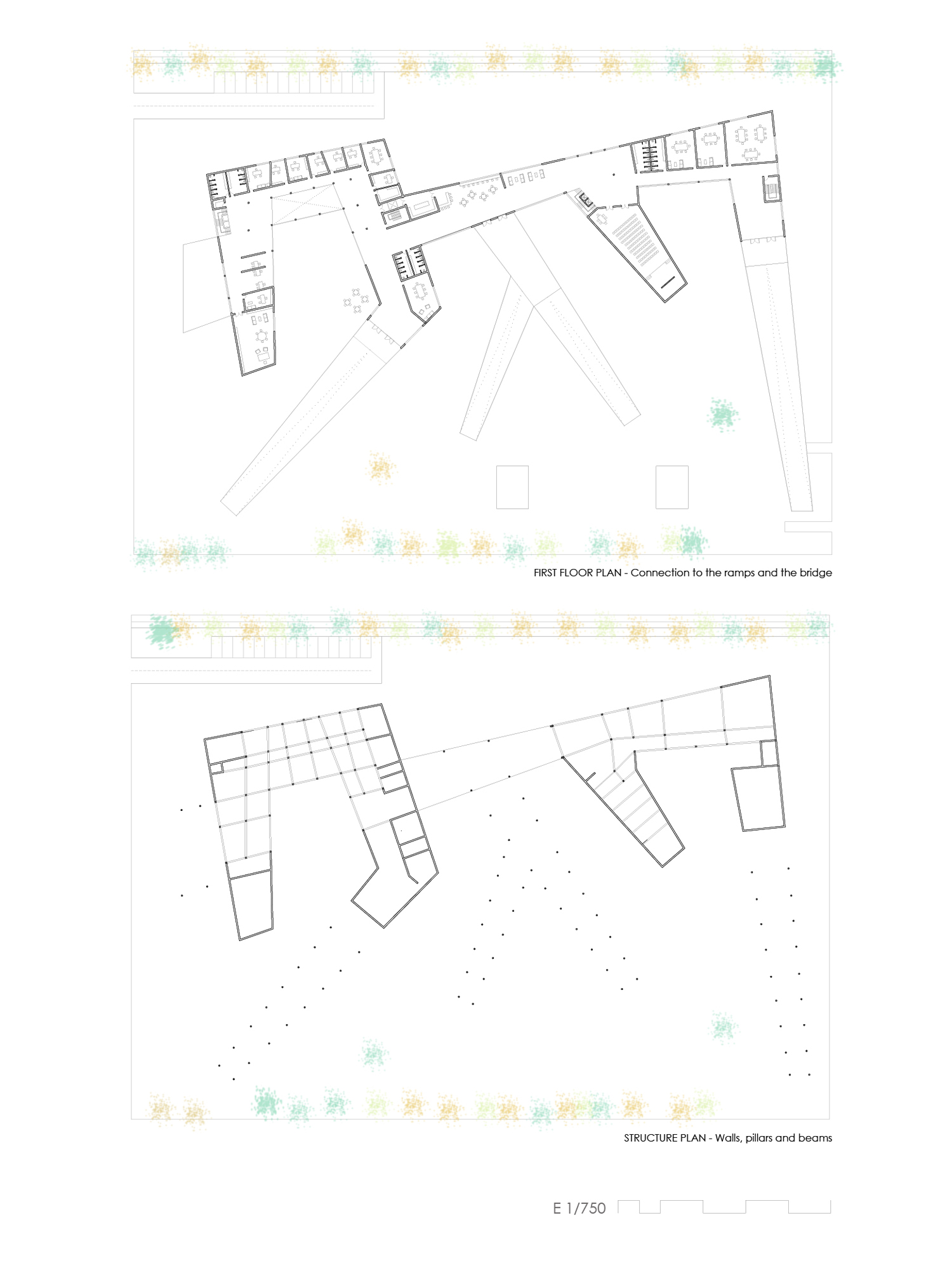 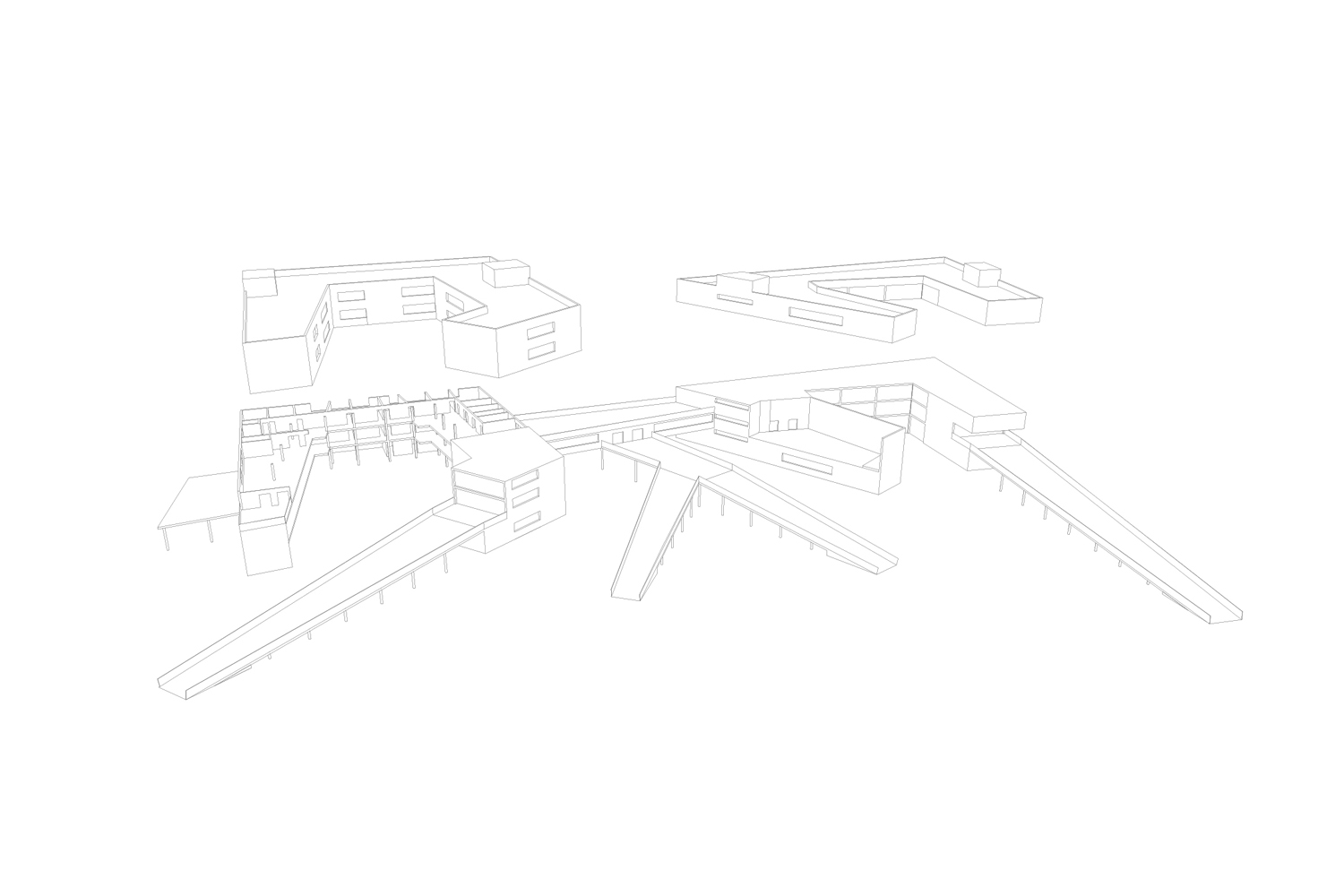 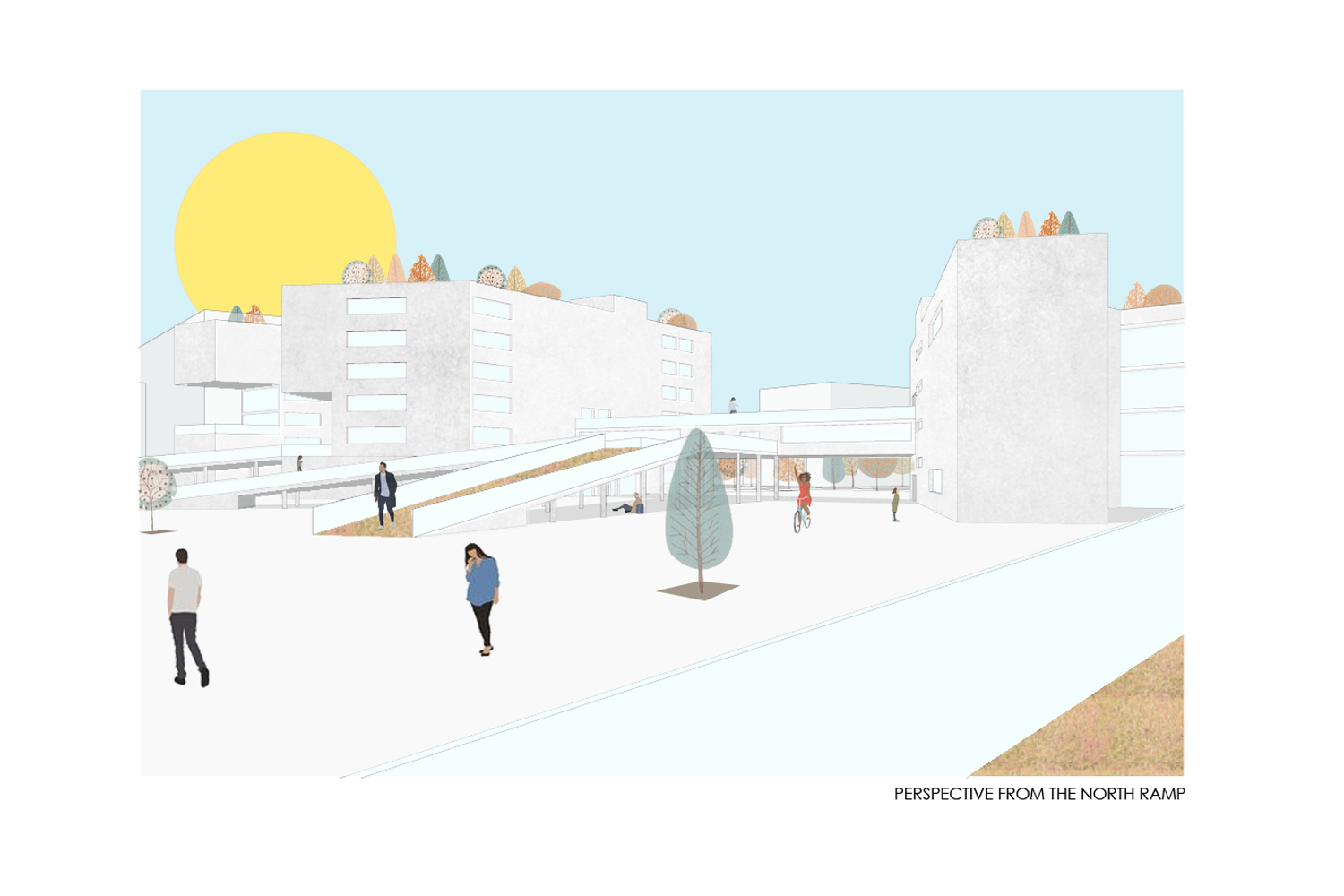 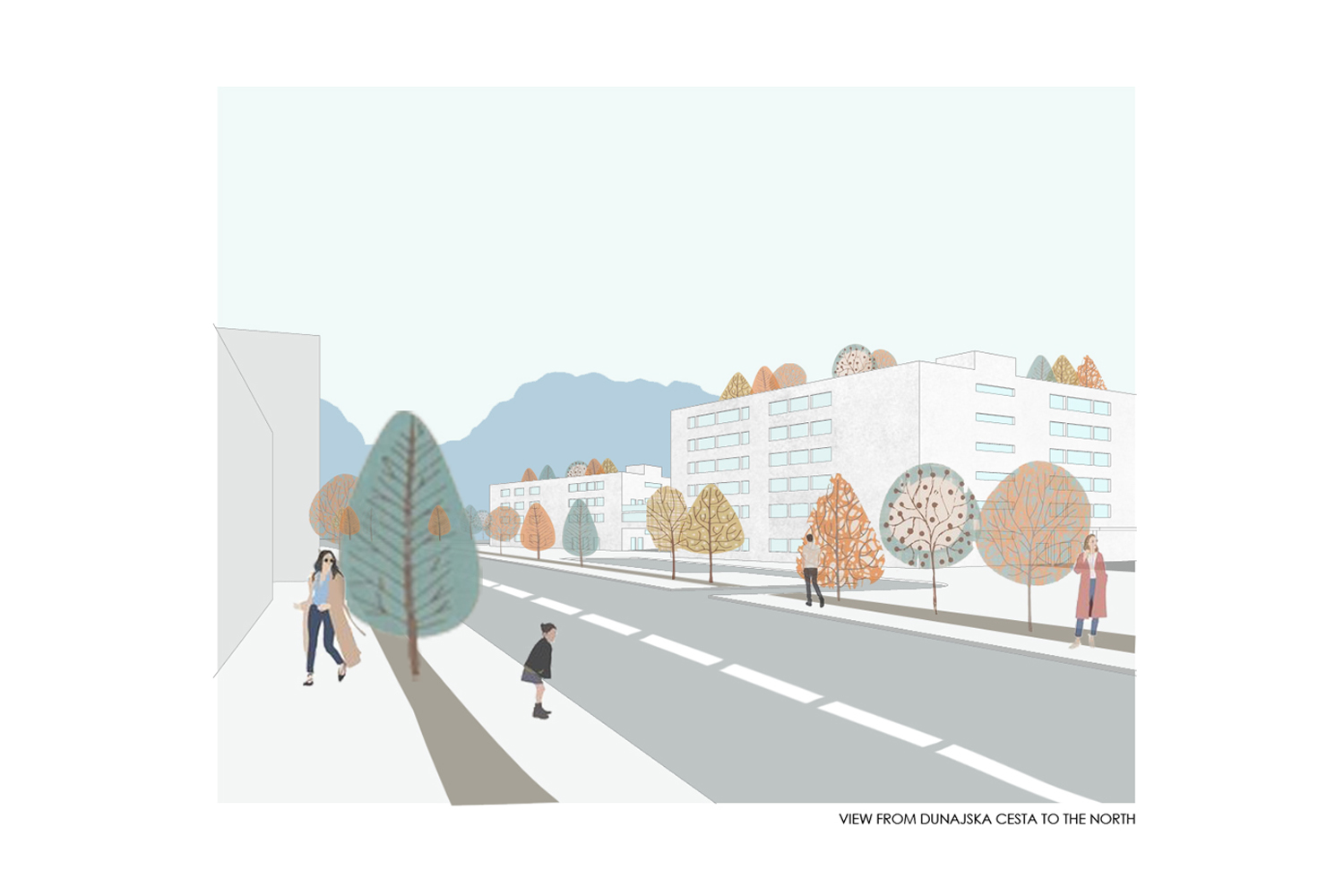