The main aspect that triggered my attention in the site is the noise produced by the different aspect of our rich context. My concept was working with the sound in order to make my architectural volumetric following it. I considered that the safe zone with less sound projected to it can become the zone of construction, but then I decided through the analysis to place my massing on the periphery of the site as sound barrier. The volume will be rising following the idea of the rising sound up forming at the end on the corner of the site a landmark. The volume was lifted at the main side of the site at the intersection of the two main roads creating an entrance for the pedestrian flow.
The suggested program allows different age and user group to access the project. Starting by art classes within the rising volume, then an exhibition linked to the art classes at the base of the high rise. The exhibition is extended vertically on the sides of the two cores connected to the residential apartments which are overlooking the big open space left in the site. There are two type of apartments.
In the art classes the sound is following the idea of the rising volume so within the first volumes the noisiest classes are placed, reaching up the highest volume at the base of the landmark where there are the less noisy classes. The idea of the landscape is following as well the rising volumes so there will be a visual connection between inside and outside. 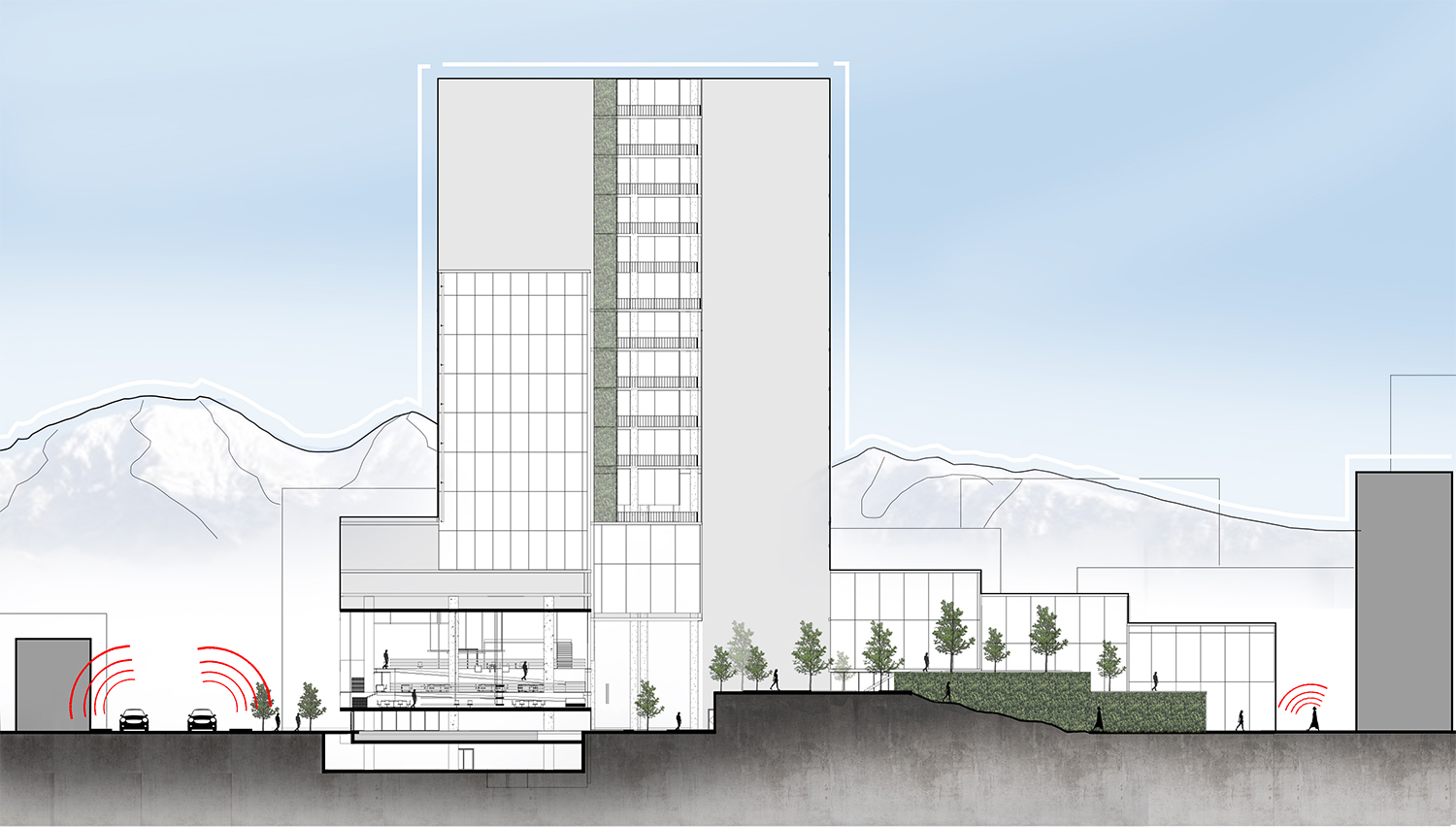 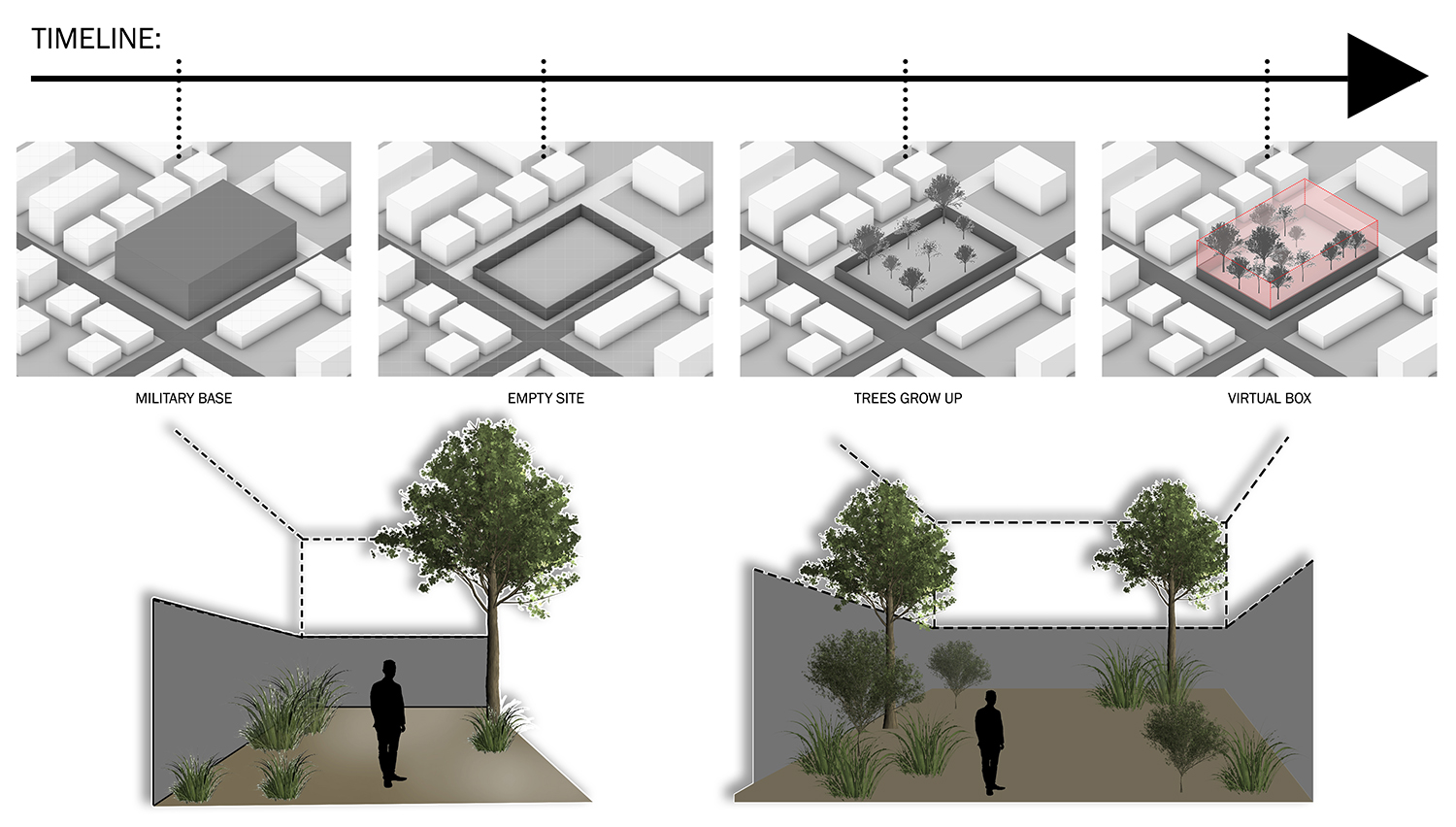 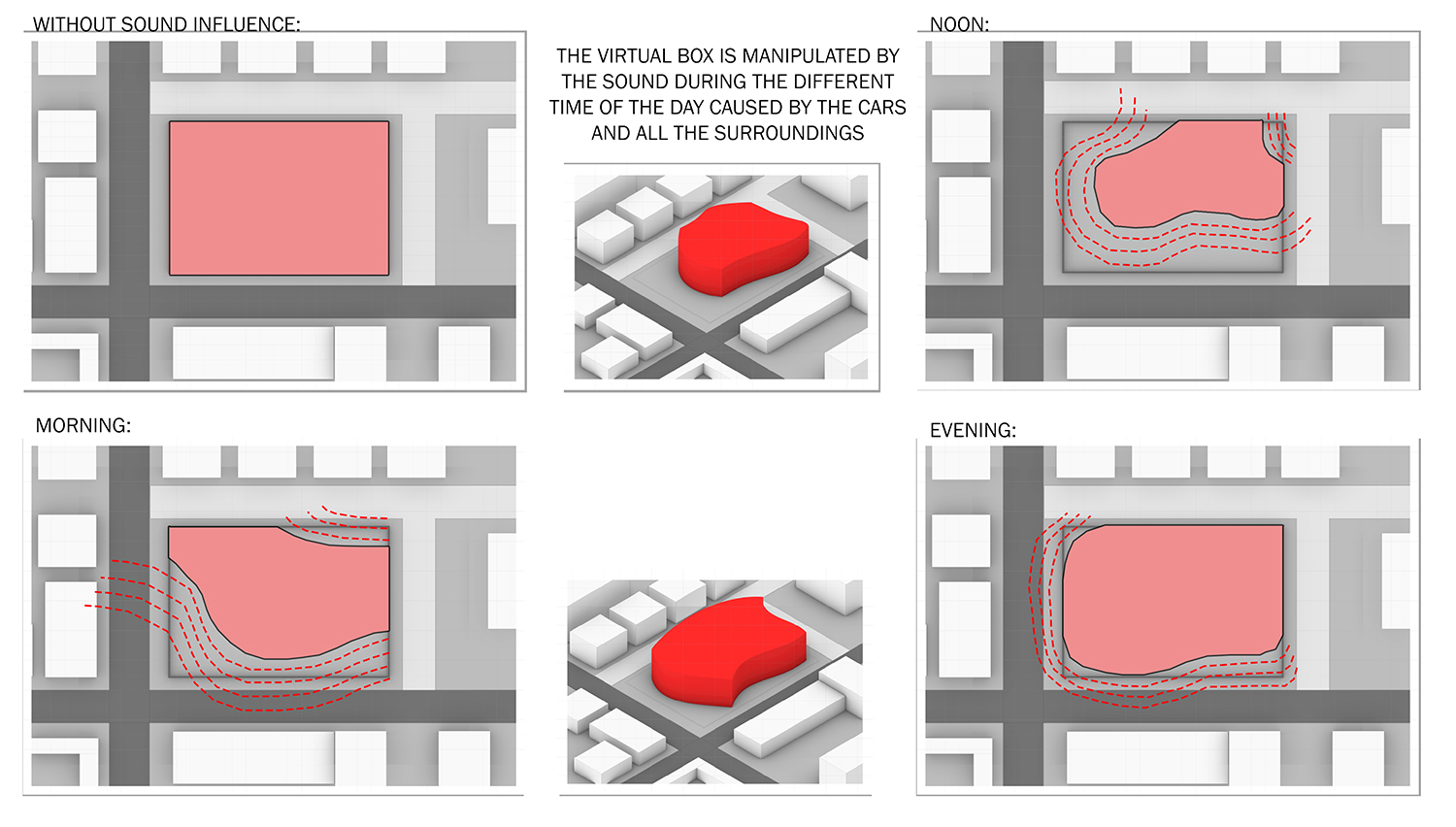 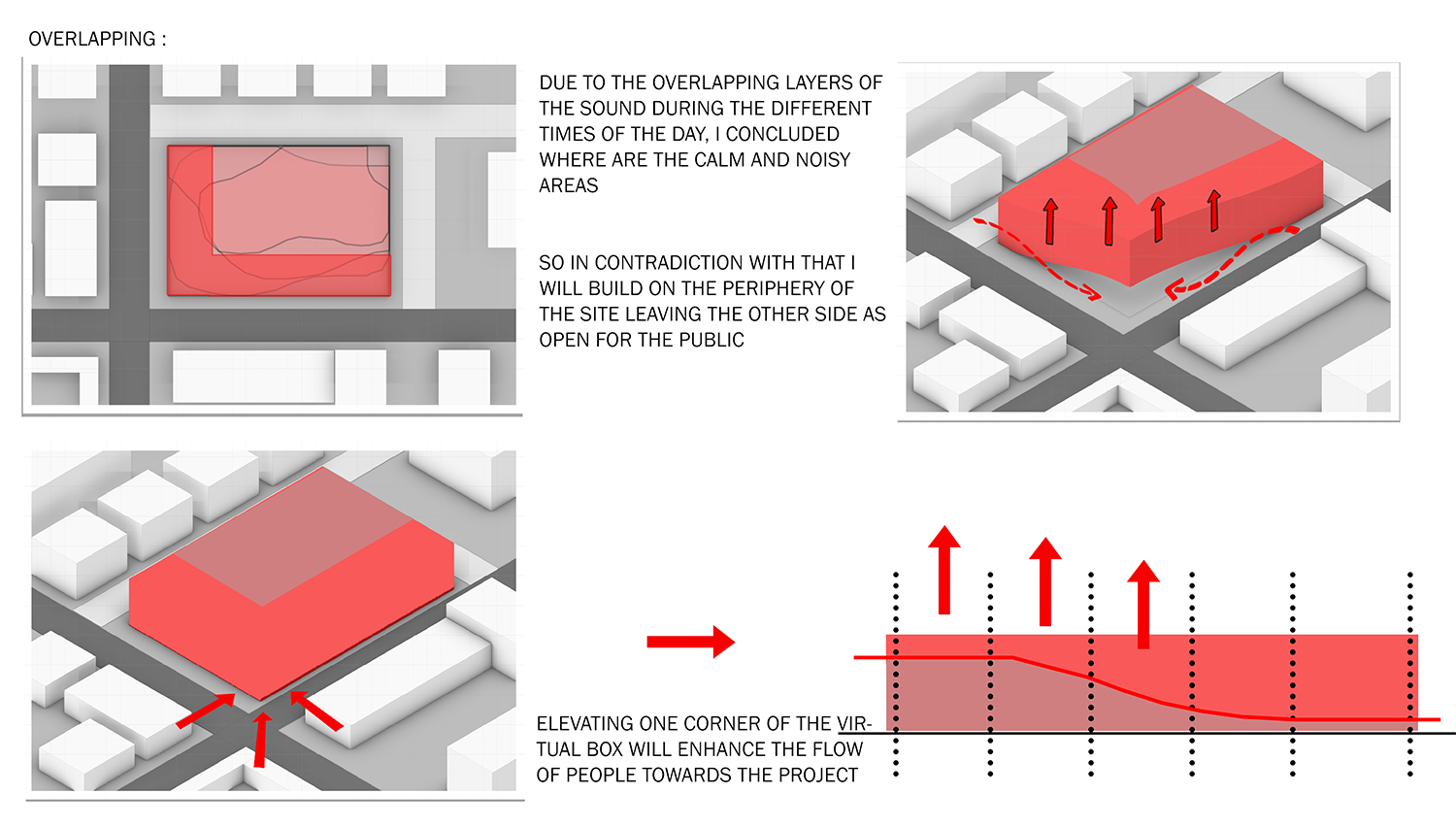 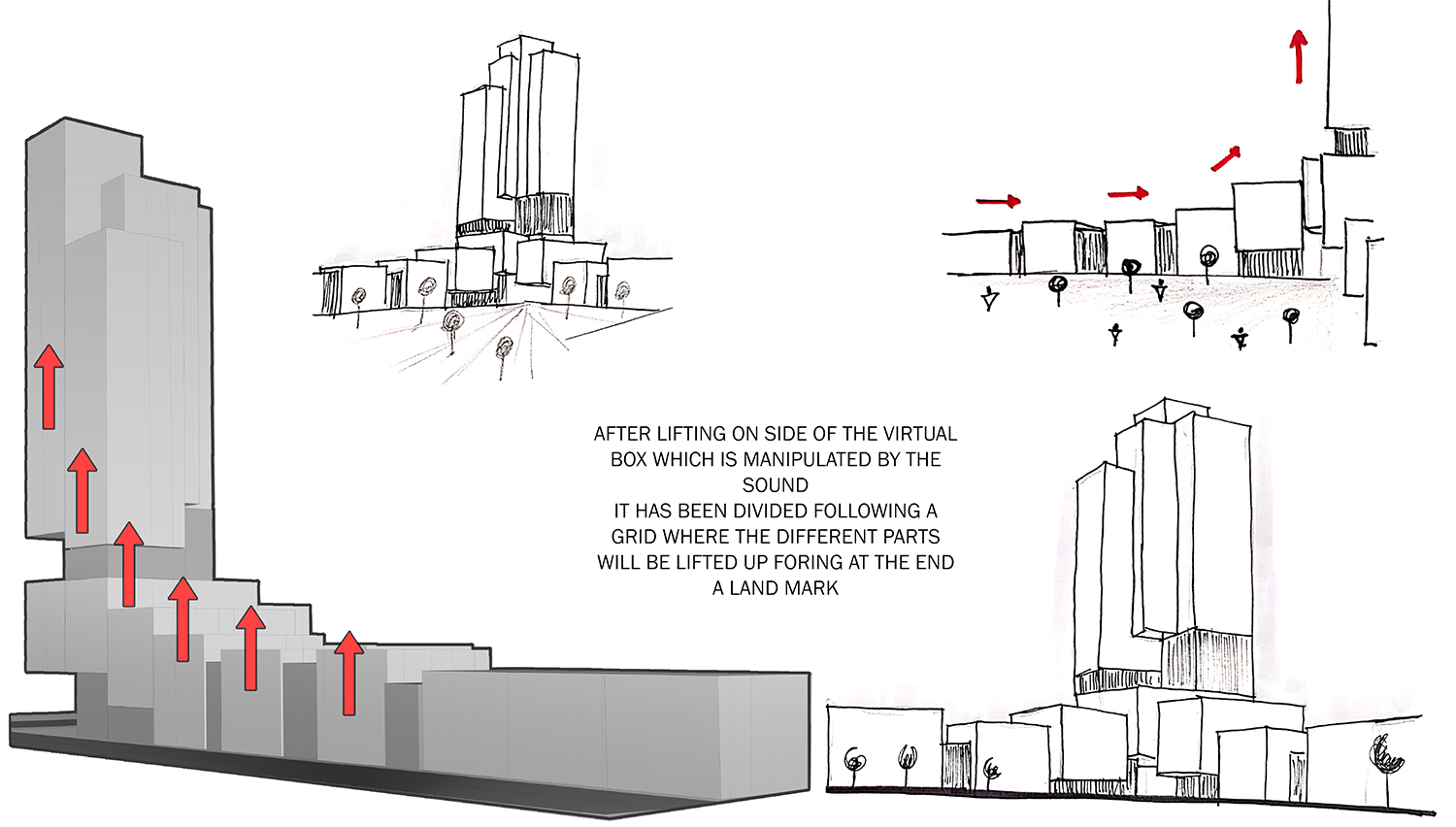 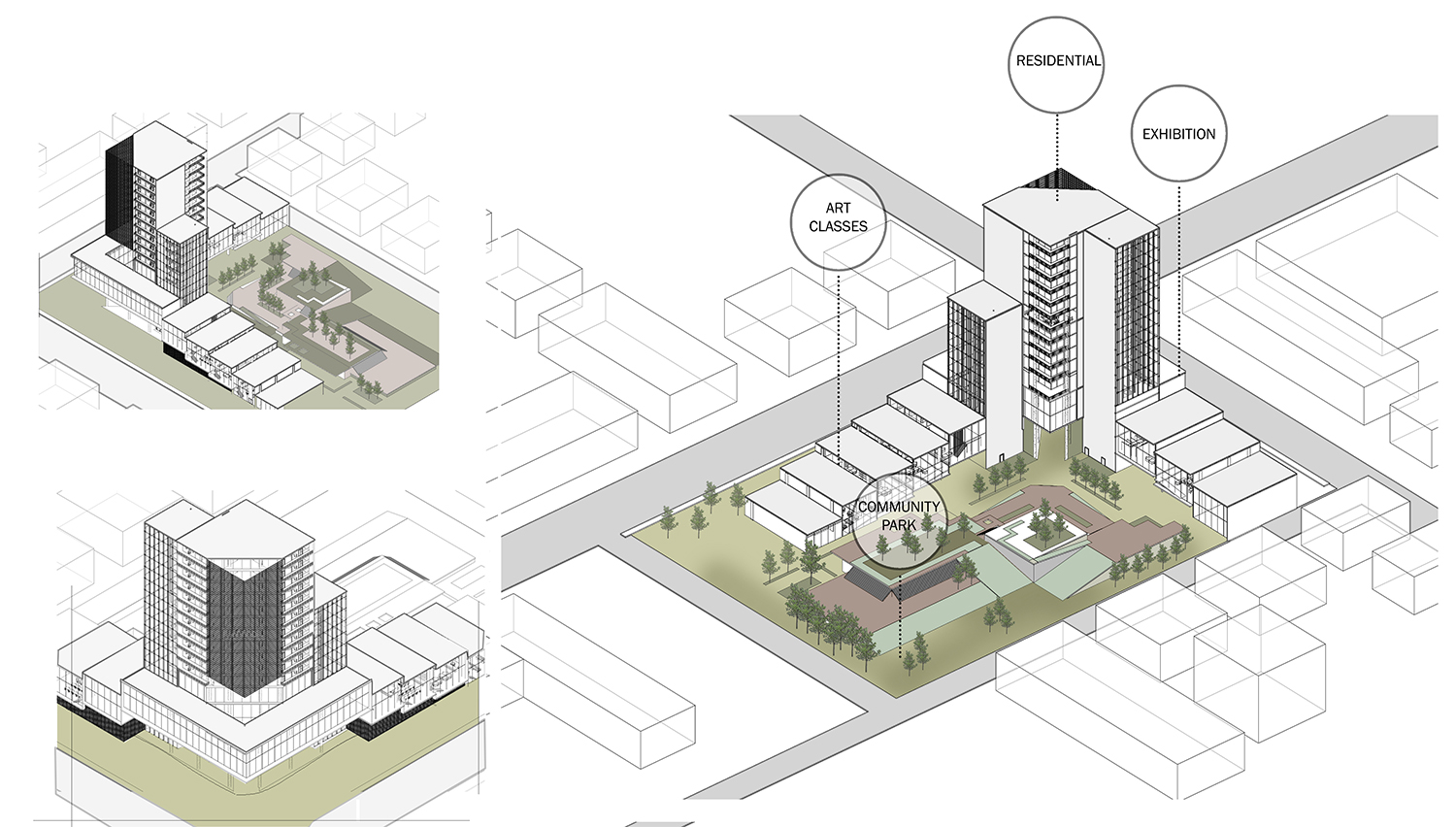 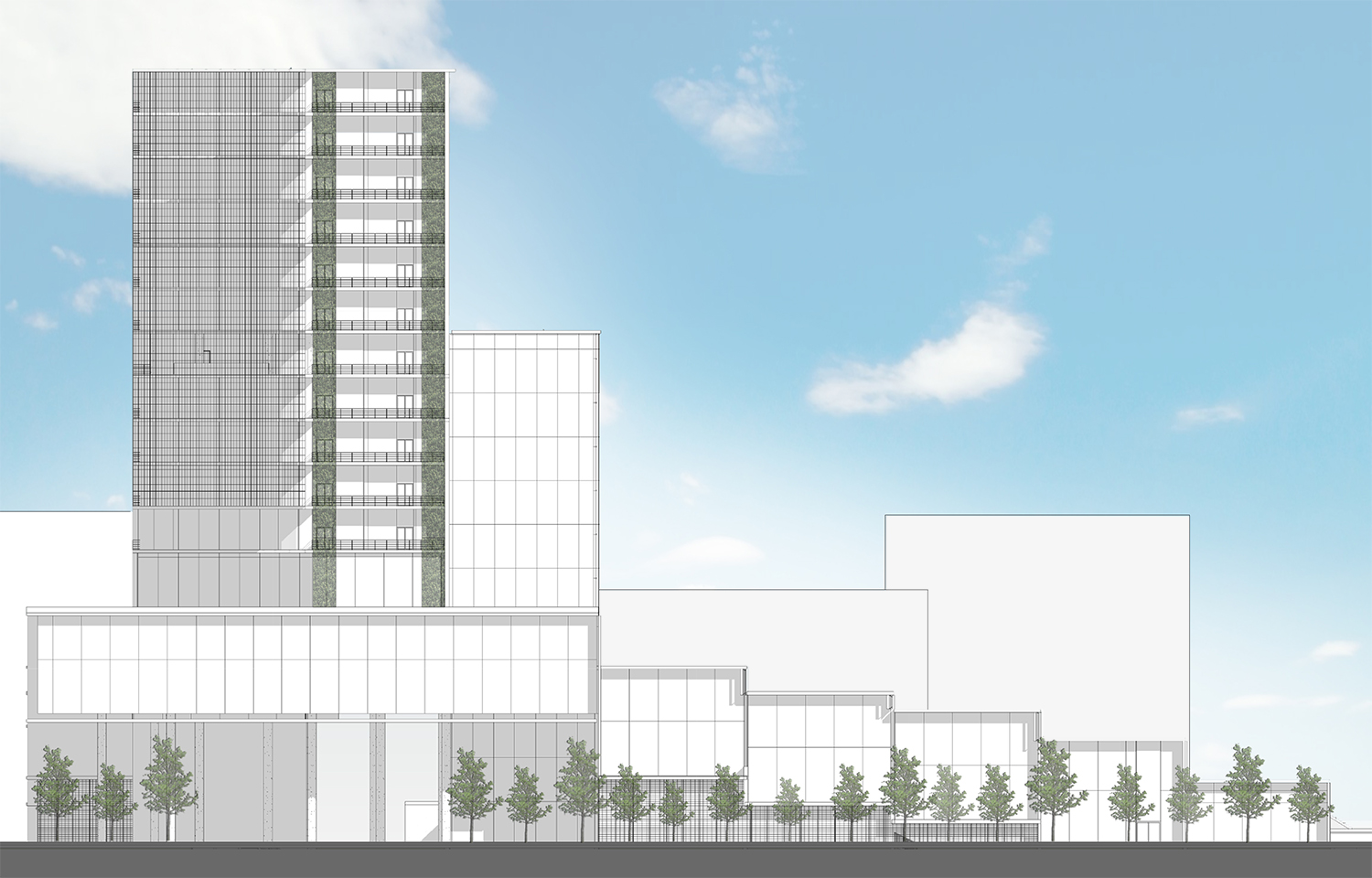 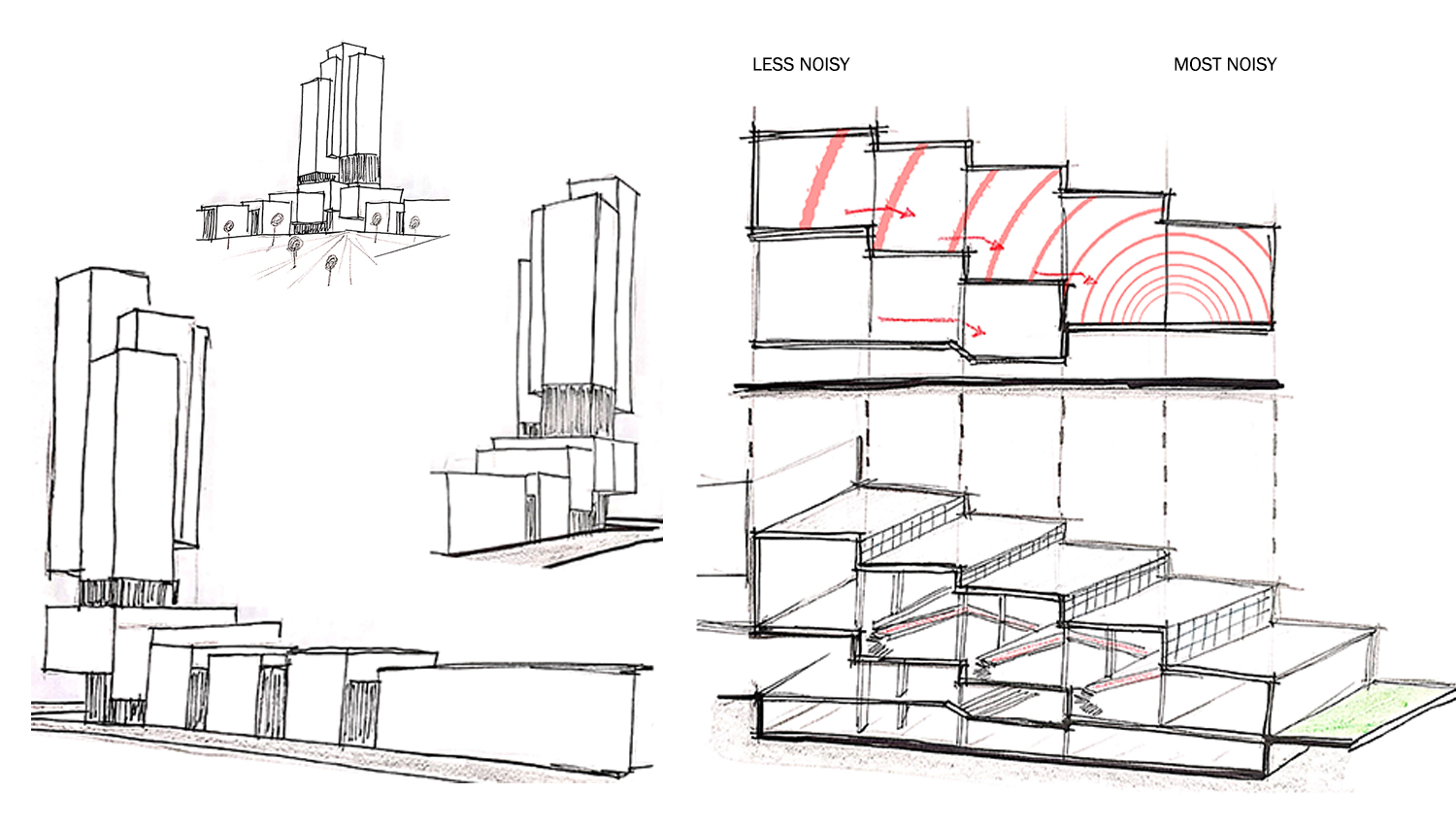 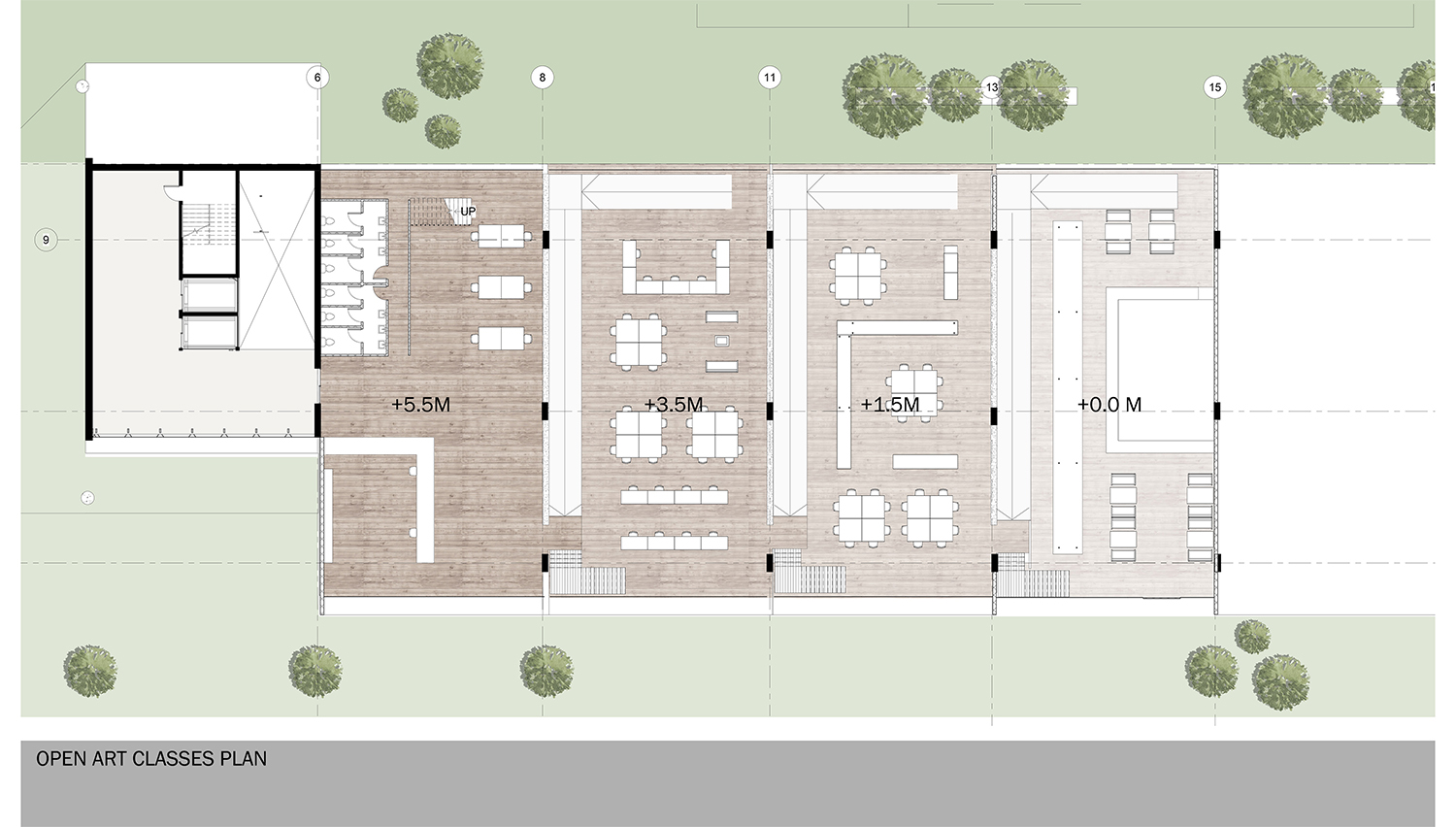 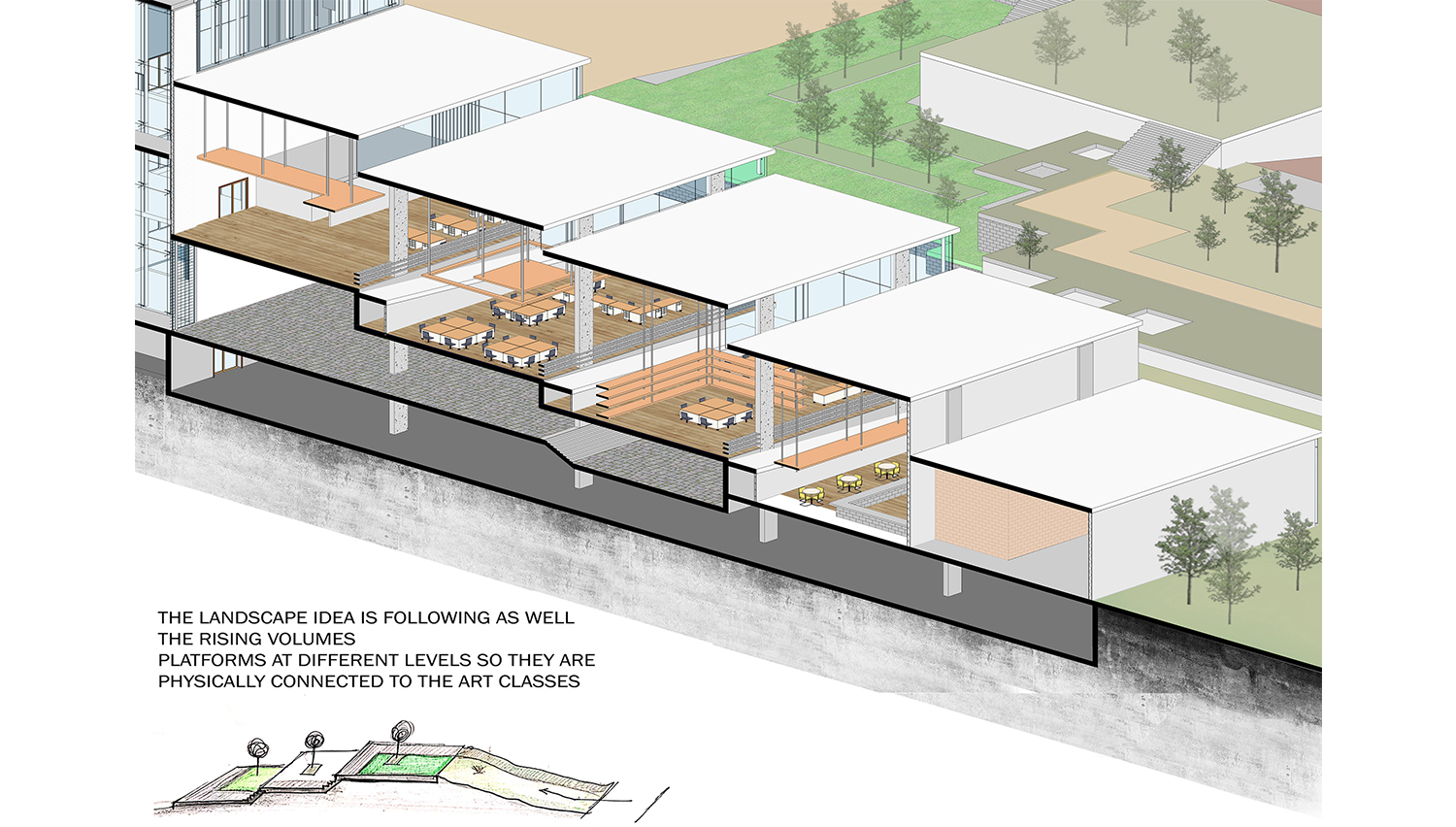 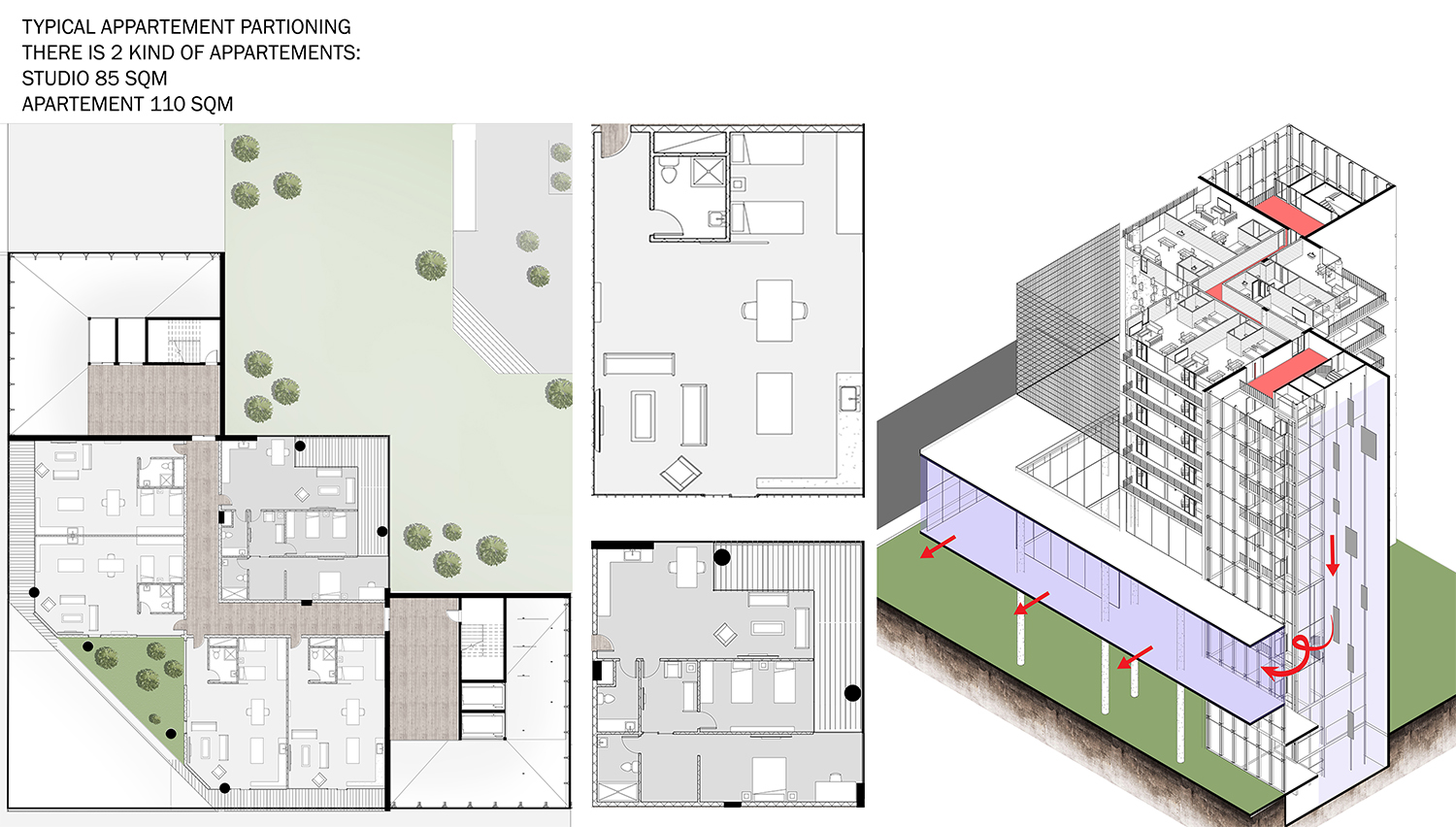 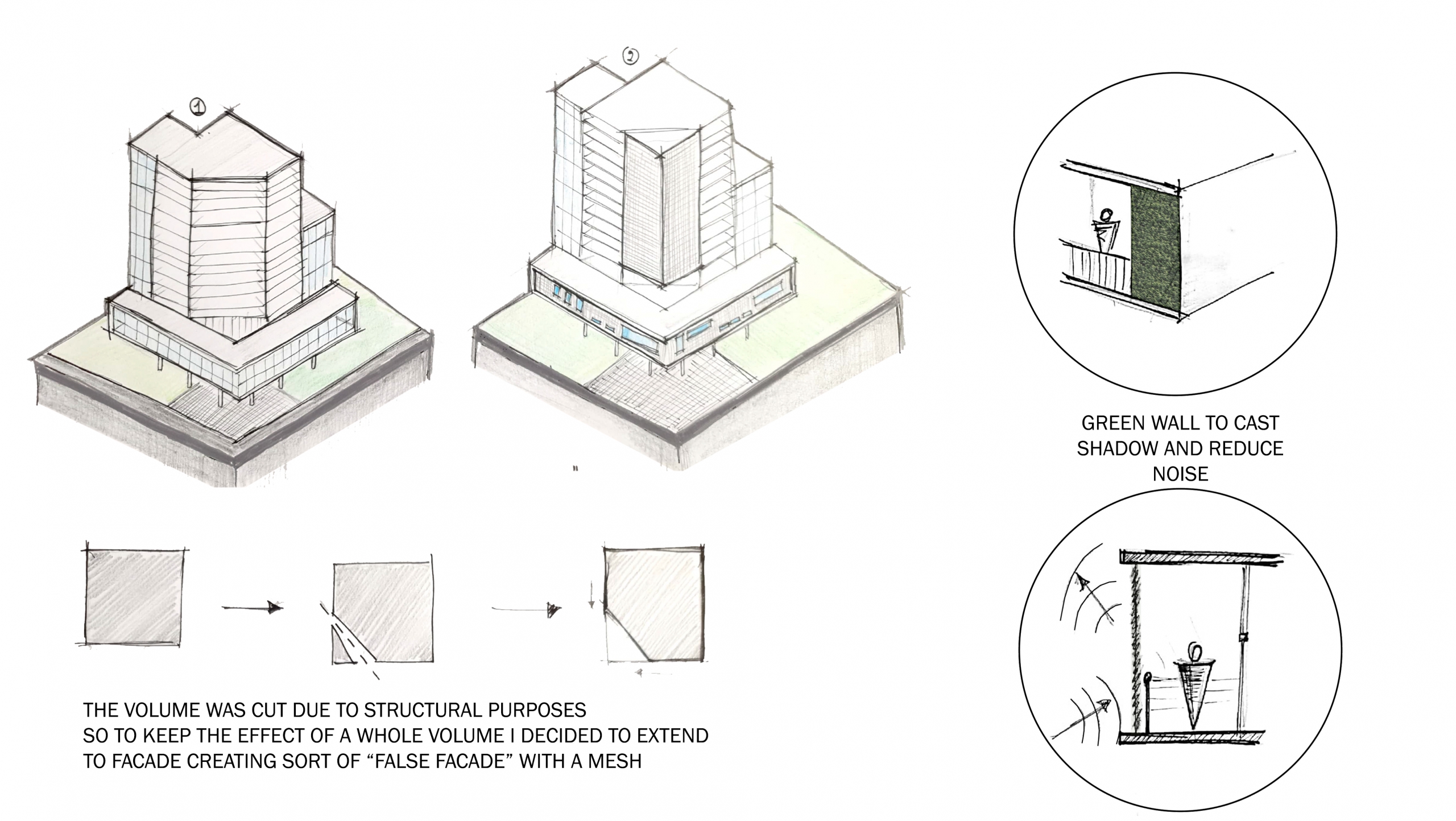 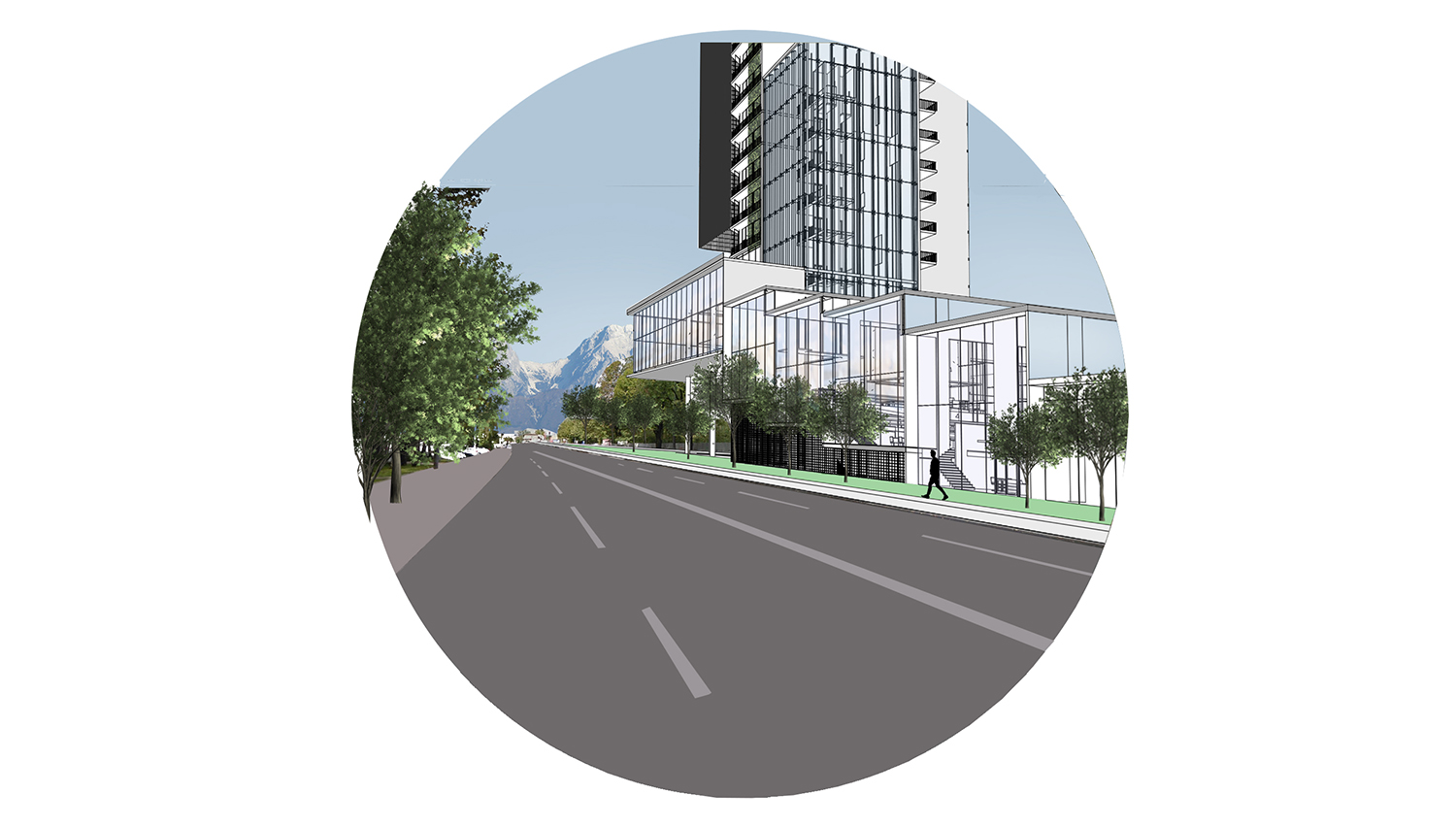