The team project ‘Wizarding Ljubljana’ is an imaginary urban evolution of a parallel society that exists alongside the city as we know it. Our scenario combines information from the imaginative works of author J.K. Rowling together with facts from the real history of Ljubljana.

After the international ‘Statute of Secrecy’ forced wizards to live in hiding, the wizards’ original part of Ljubljana – Stara ulica (the ‘Old Street’), located between the old town and castle hill – quickly became too crowded. Soon after, the riverbed of the Ljubljanica river provided their solution for further growth.

My project follows the urban development of Nova ulica (the ‘New Street’). It is a hidden street under the river, yet nobody is wet in it. The water is floating above it, in a cover layer that is one-meter thick and held up by a floating spell, just enough to camouflage the street below from the curiosity of muggles (non-wizards).

As the population of wizards in Ljubljana grew, and their community became the center for Eastern wizards, the New Street kept evolving accordingly. My project shows you a part of the wizarding world, another way of thinking, separated from the architectural development we are used to see, unaffected by regular society and its key groundbreaking events. 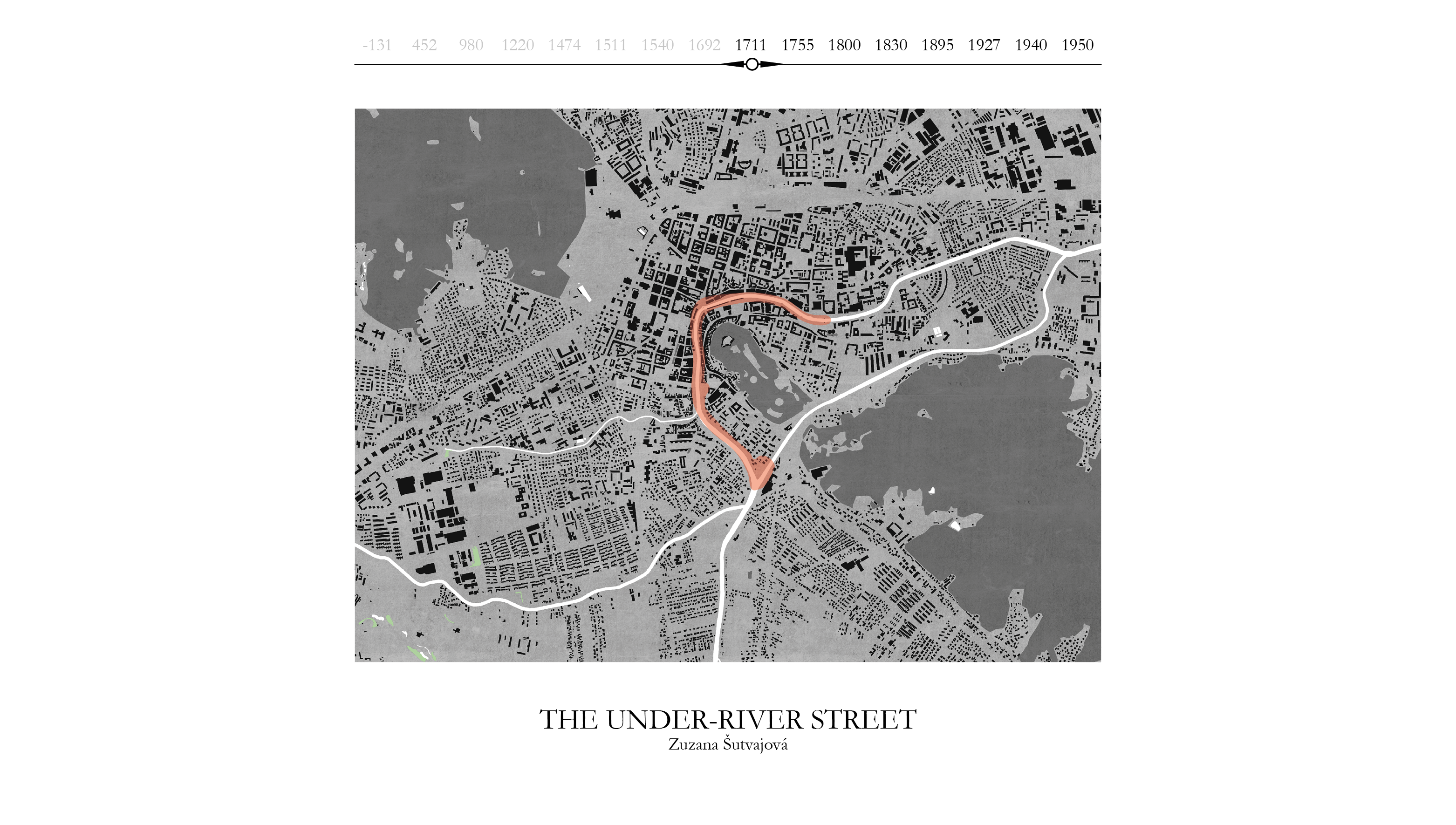 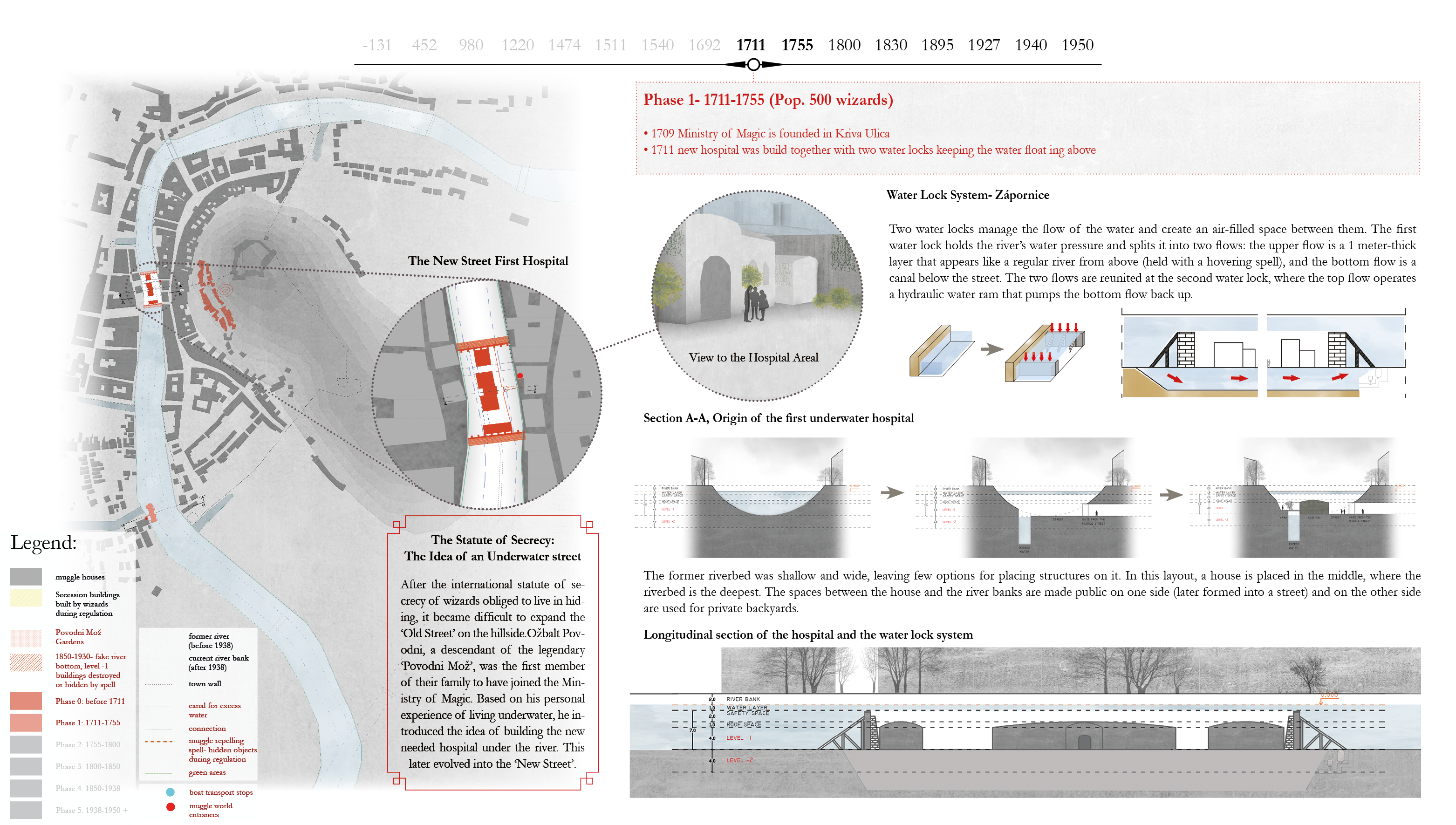 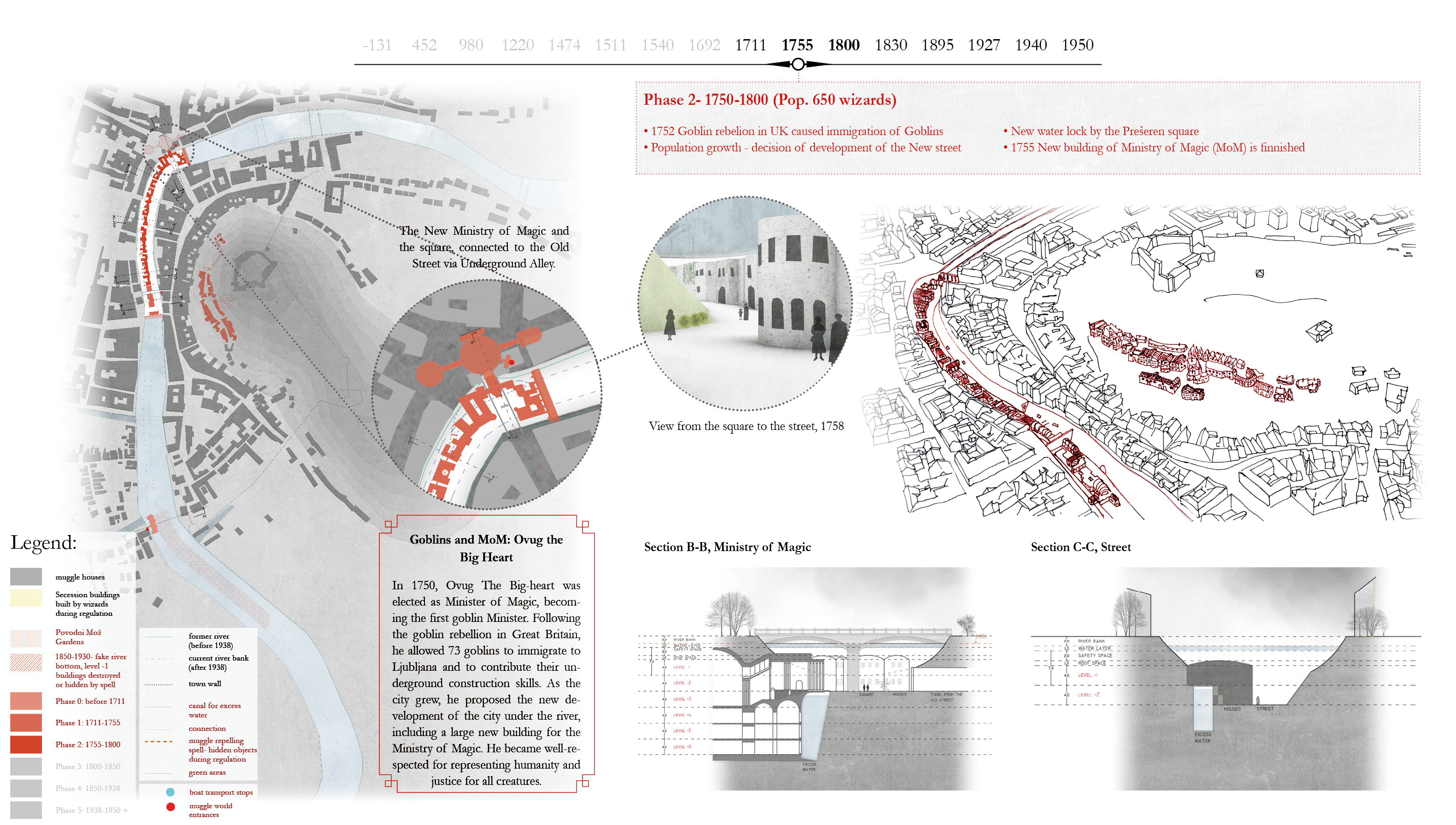 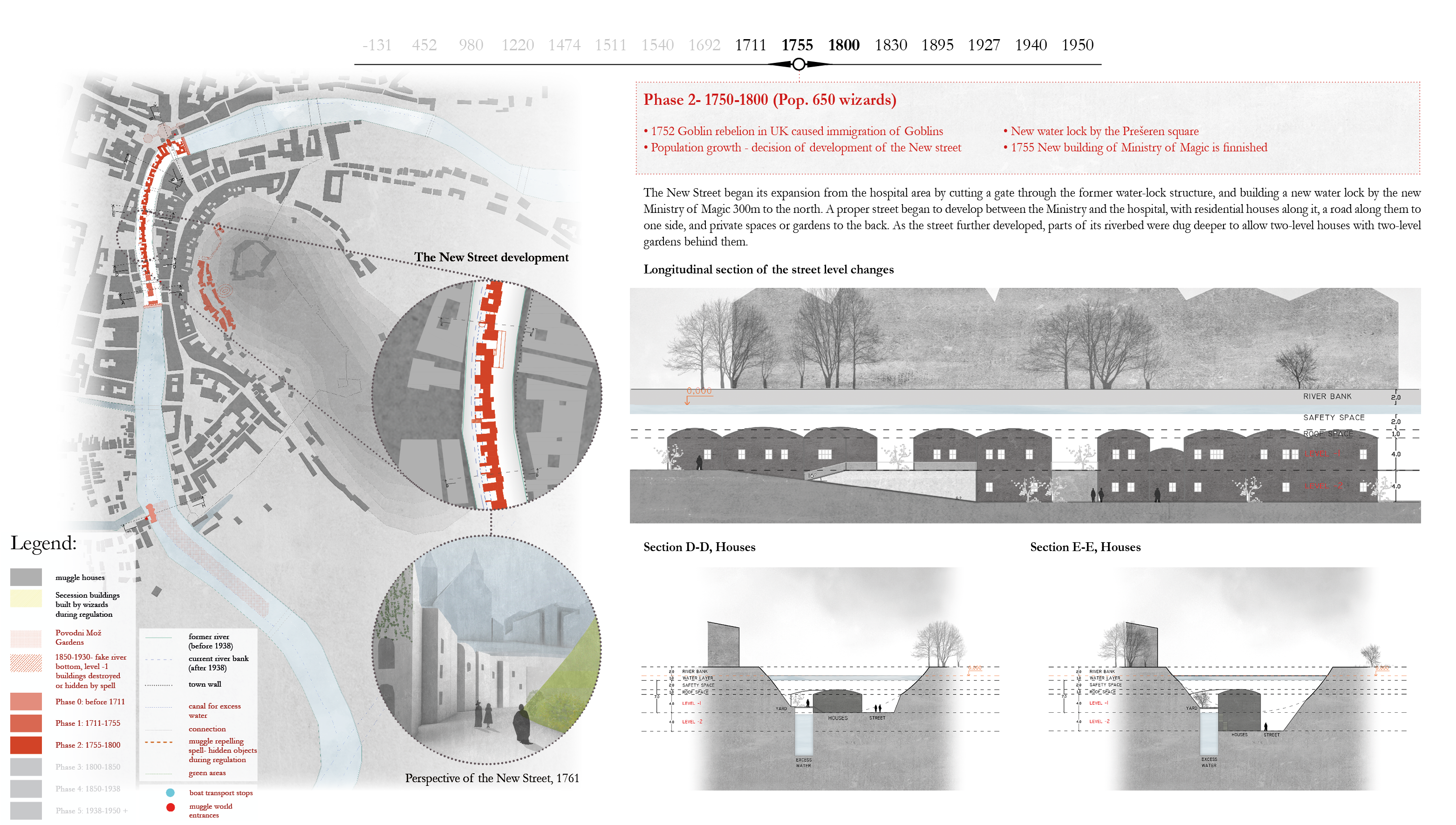 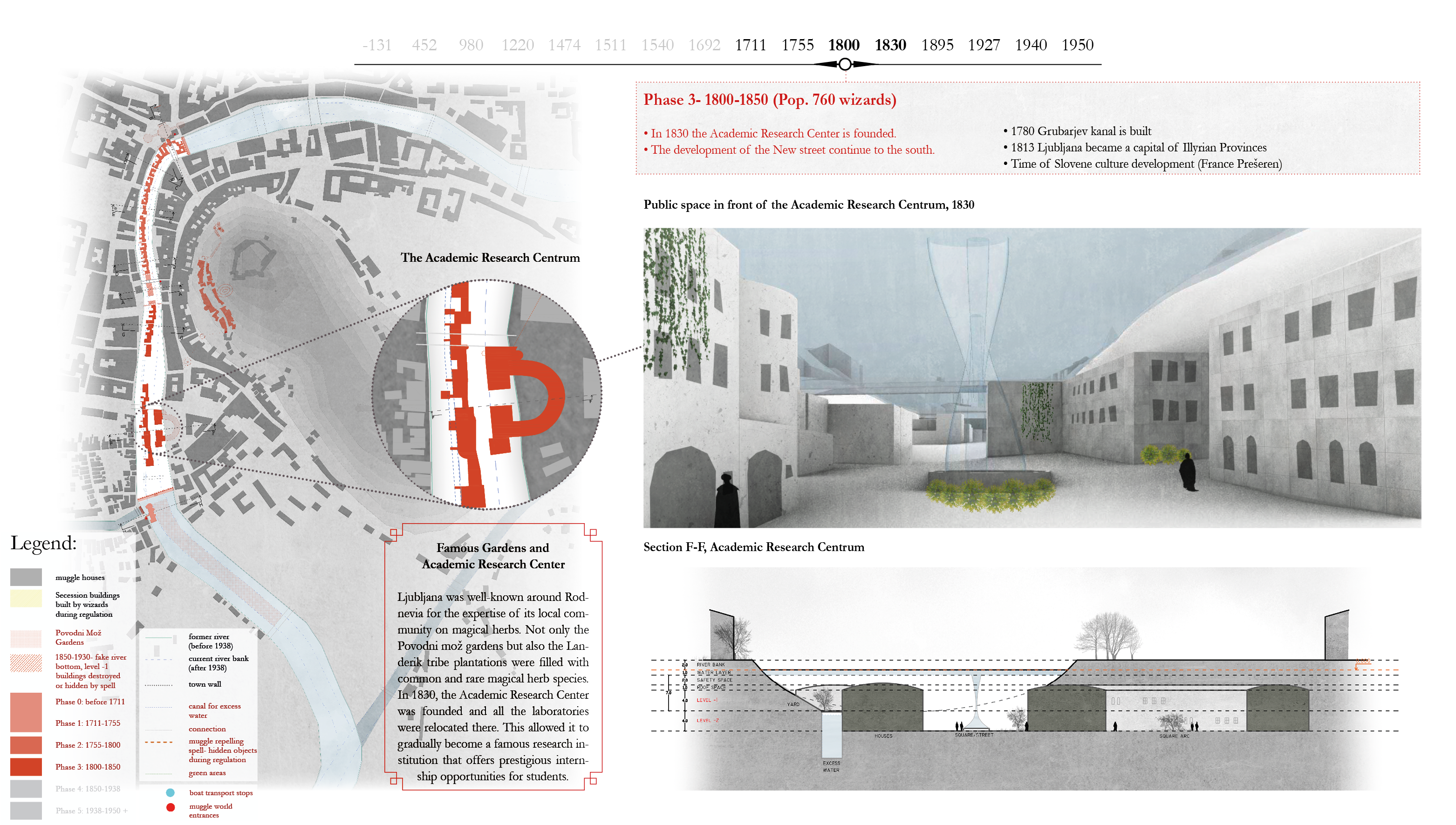 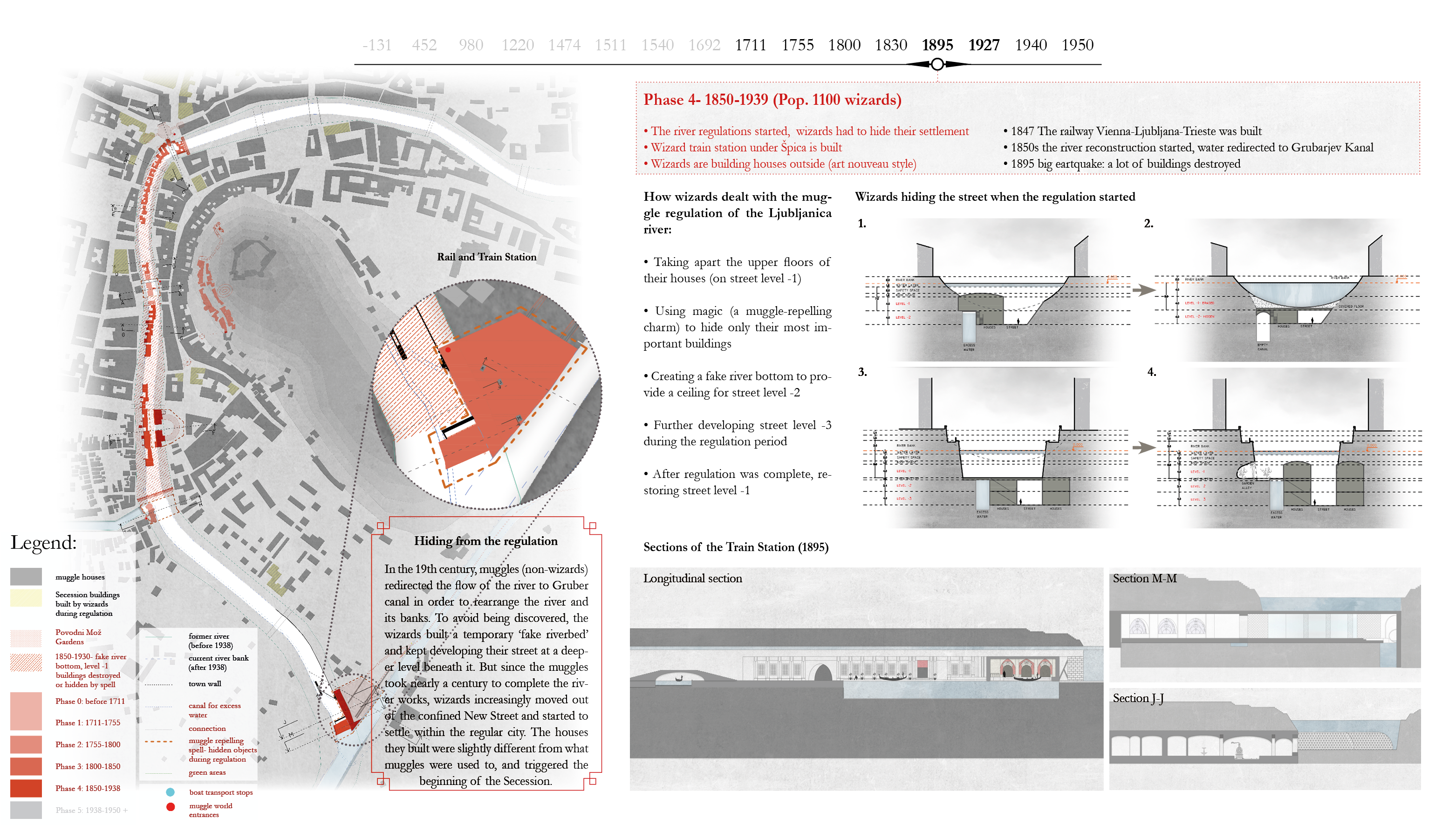 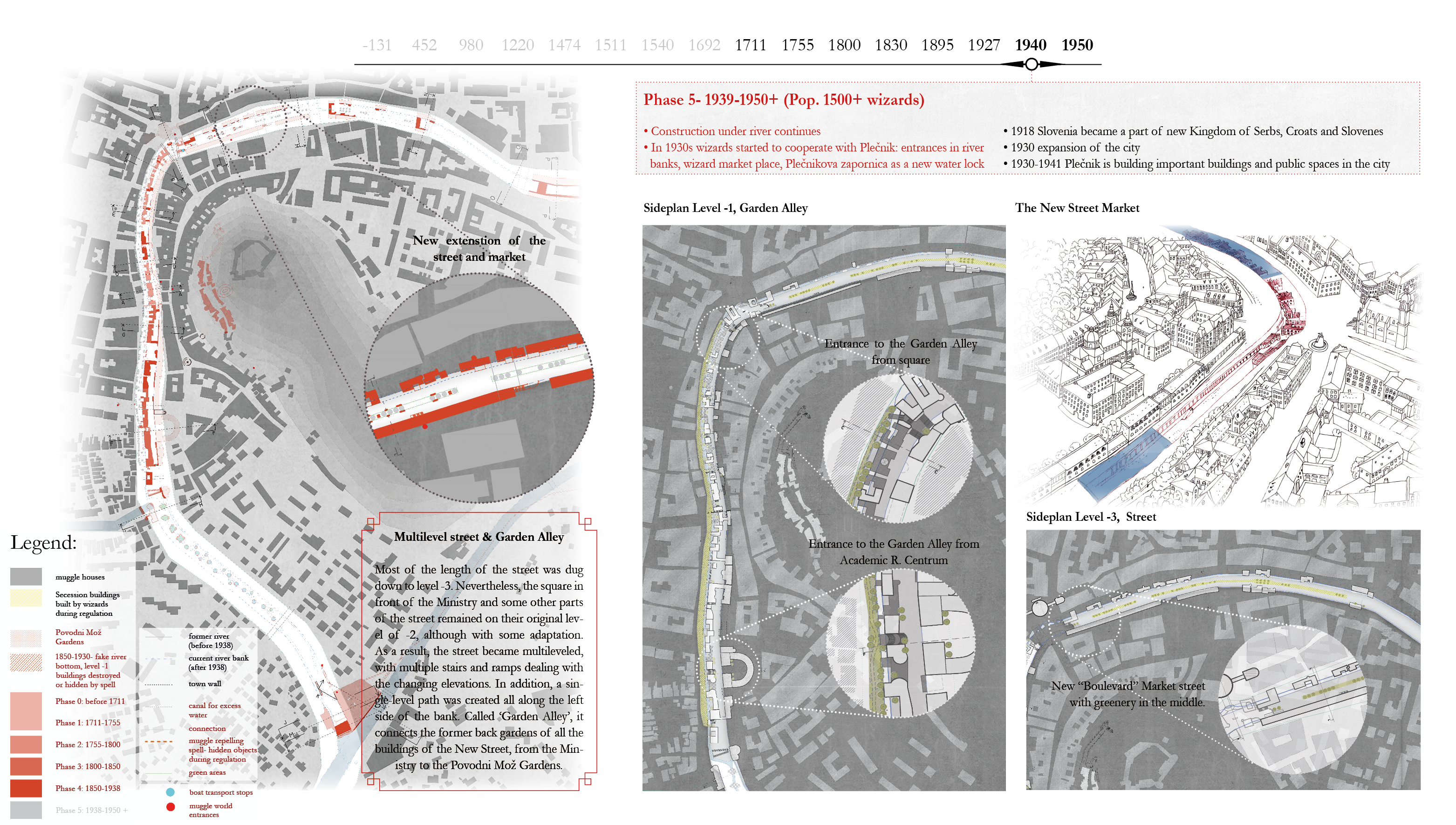 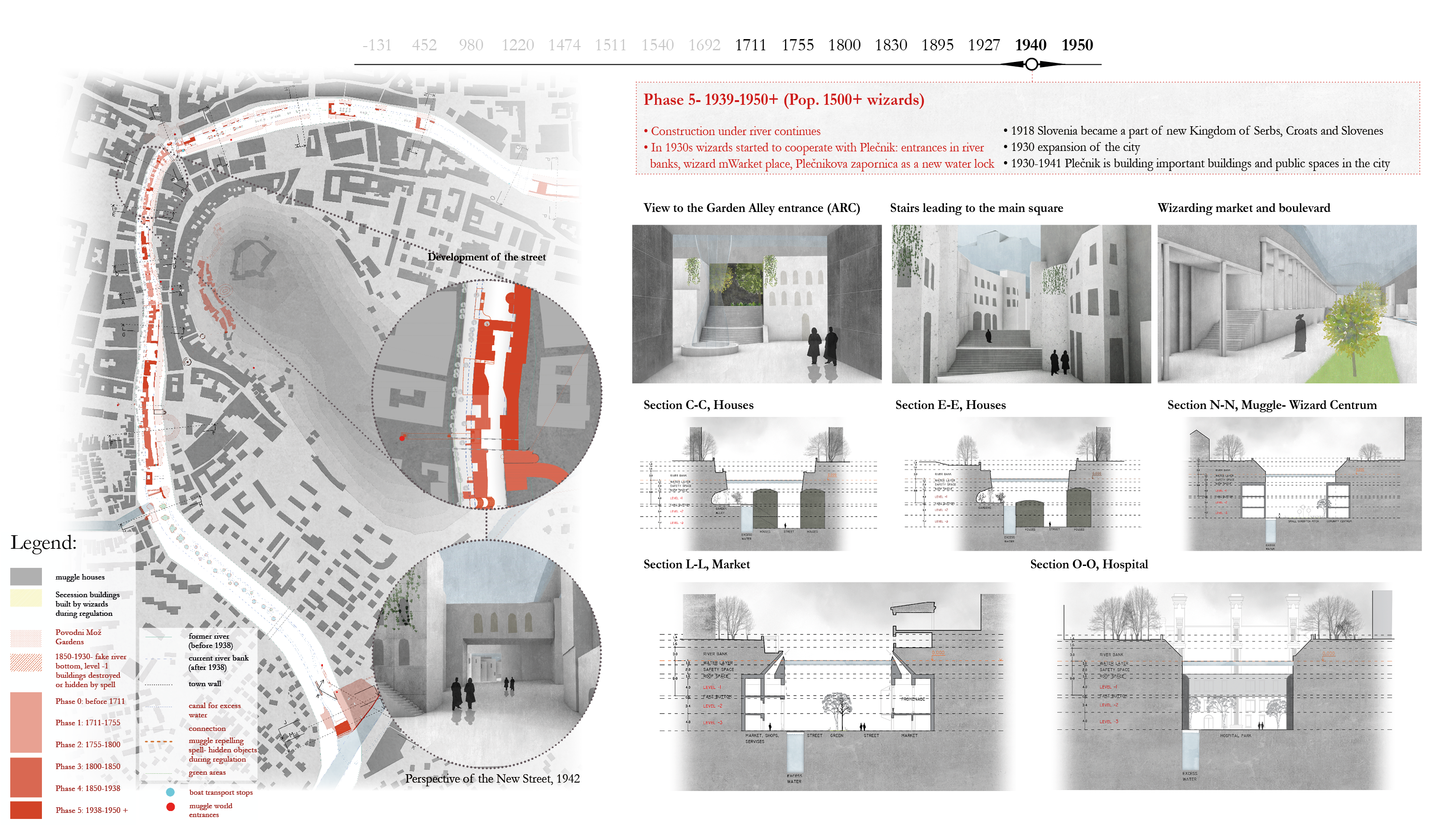