Project assignment was a revitalization of old train workshops, foundry and depos in wider center of Ljubljana. History of this place began in the second half of 19th century, its original purpose remained here until first decade of 20th century. Nowadays a train museum, theater and artist atelier takes place here, right next to train workshop still in use of Slovenian railway company. Whole area is however neglected and in developer state of decay, some of the buildings are abandoned and the overall feeling is unpleasant. Our goal is to find new, convenient program, that will reflect the history of this place and at the same time will offer new opportunities for Ljubljana inhabitants, will be economically sustainable and will create vivid part of the city.
Former foundry will be transformed into a gallery place, that consists of two spatial units, that could be used independently or as a whole. Livarna may offer space for modern art, that will be in a vivid dialogue with the old equipment of the plant. Two new floors and an elevator will be built in on the southern side. This part of building will serve for administration and vertical communications. Large opening on the west side connects the interior to the common courtyard where a visitor can rest under the shadow of the trees. 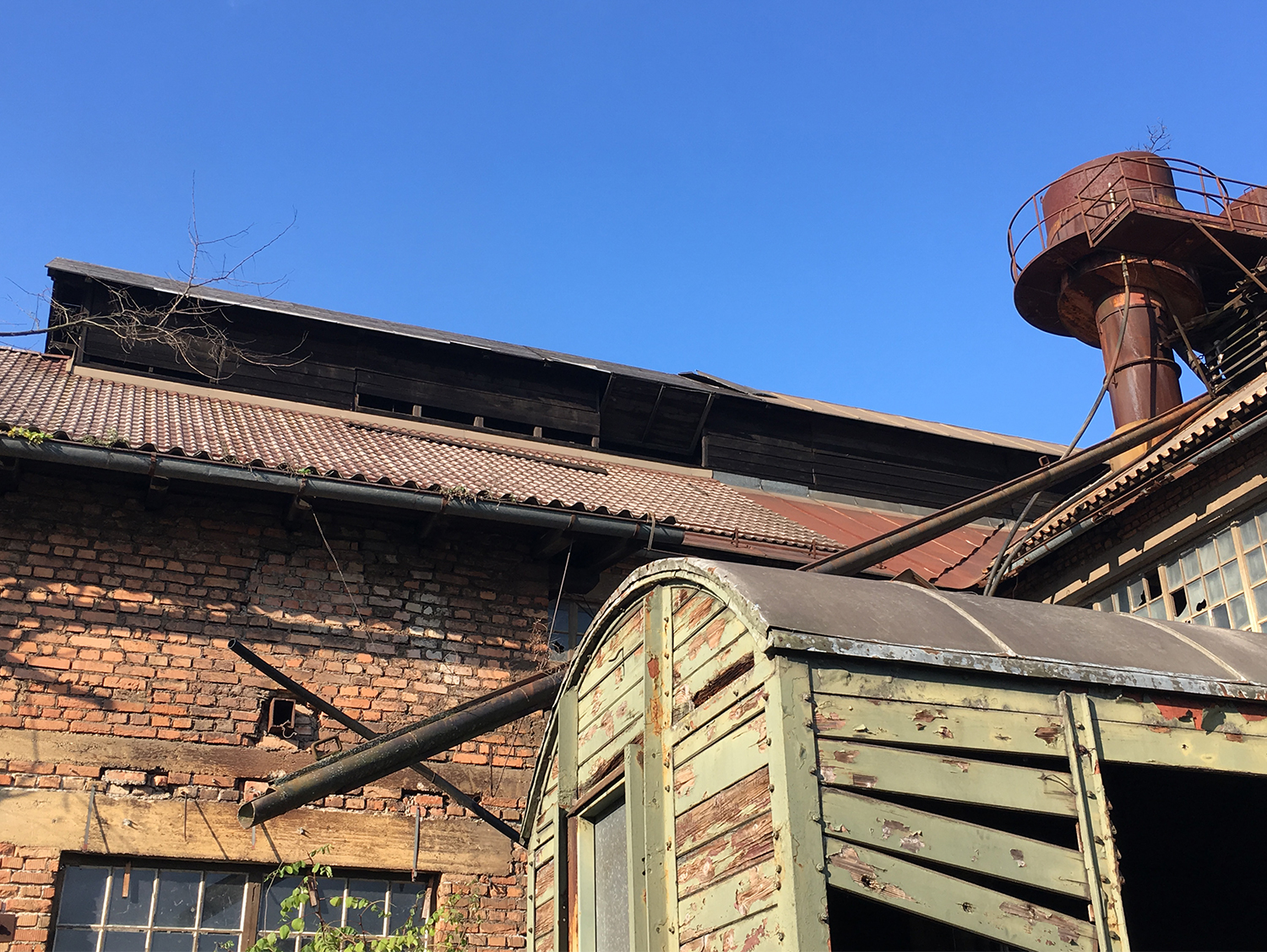 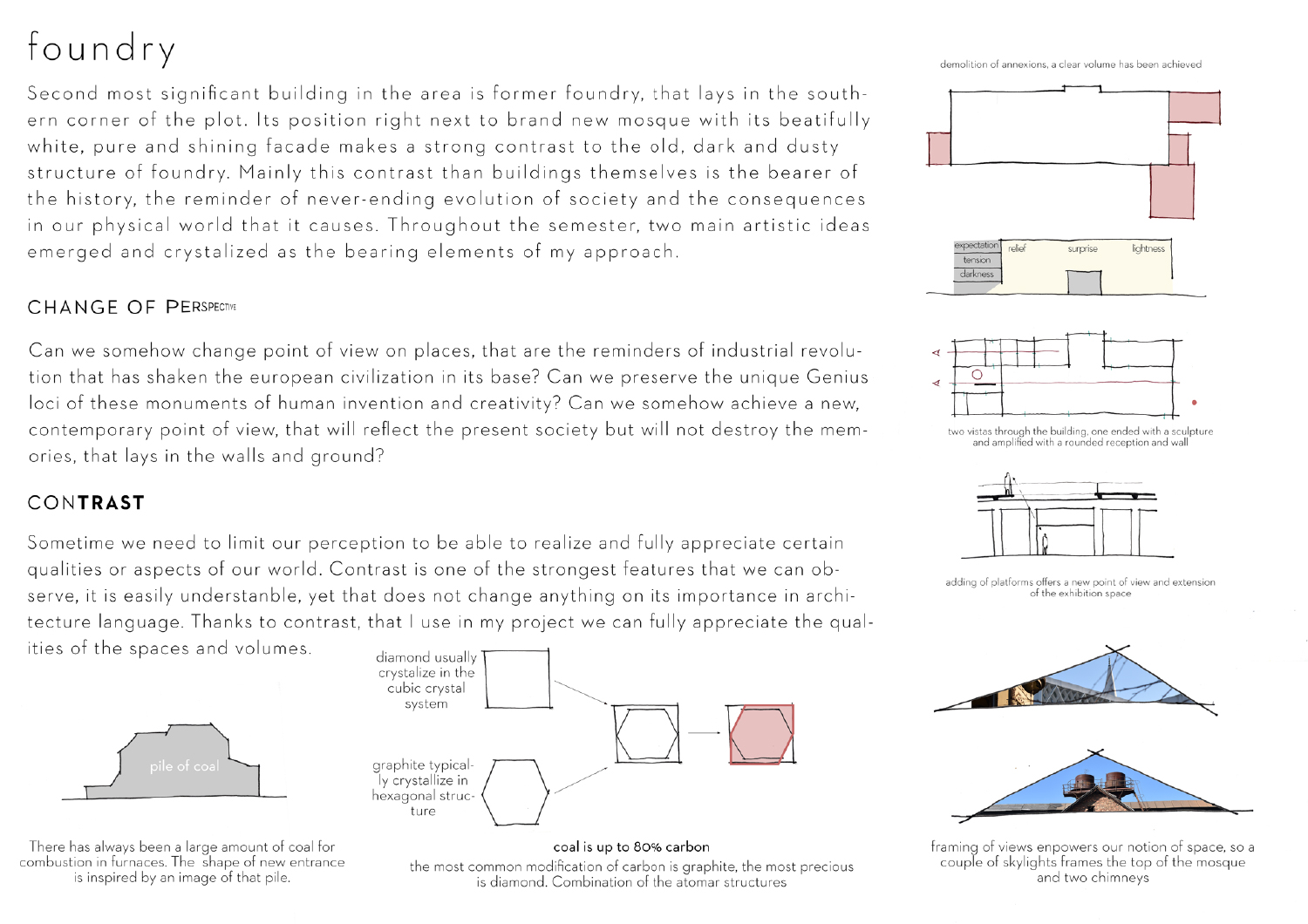 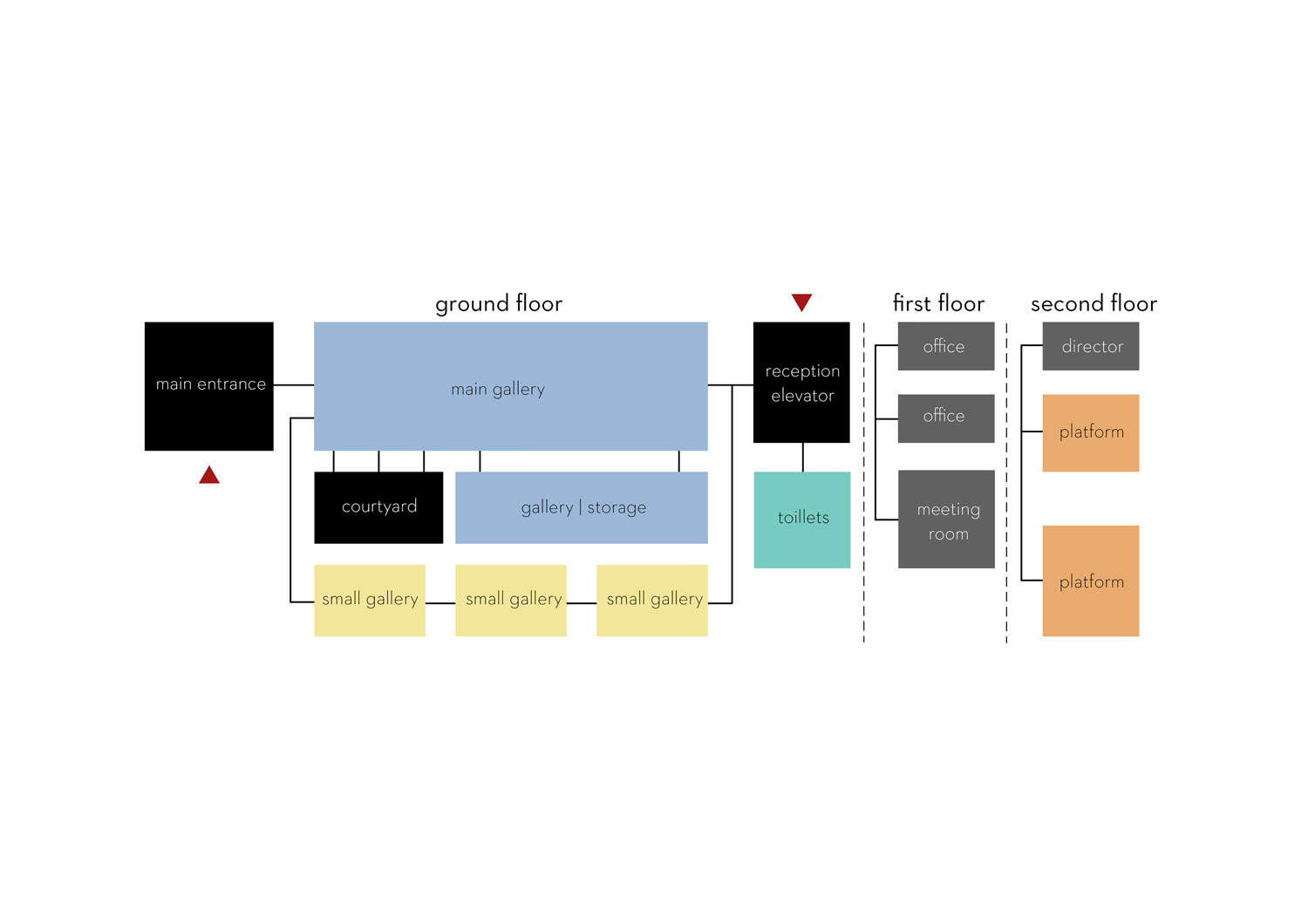 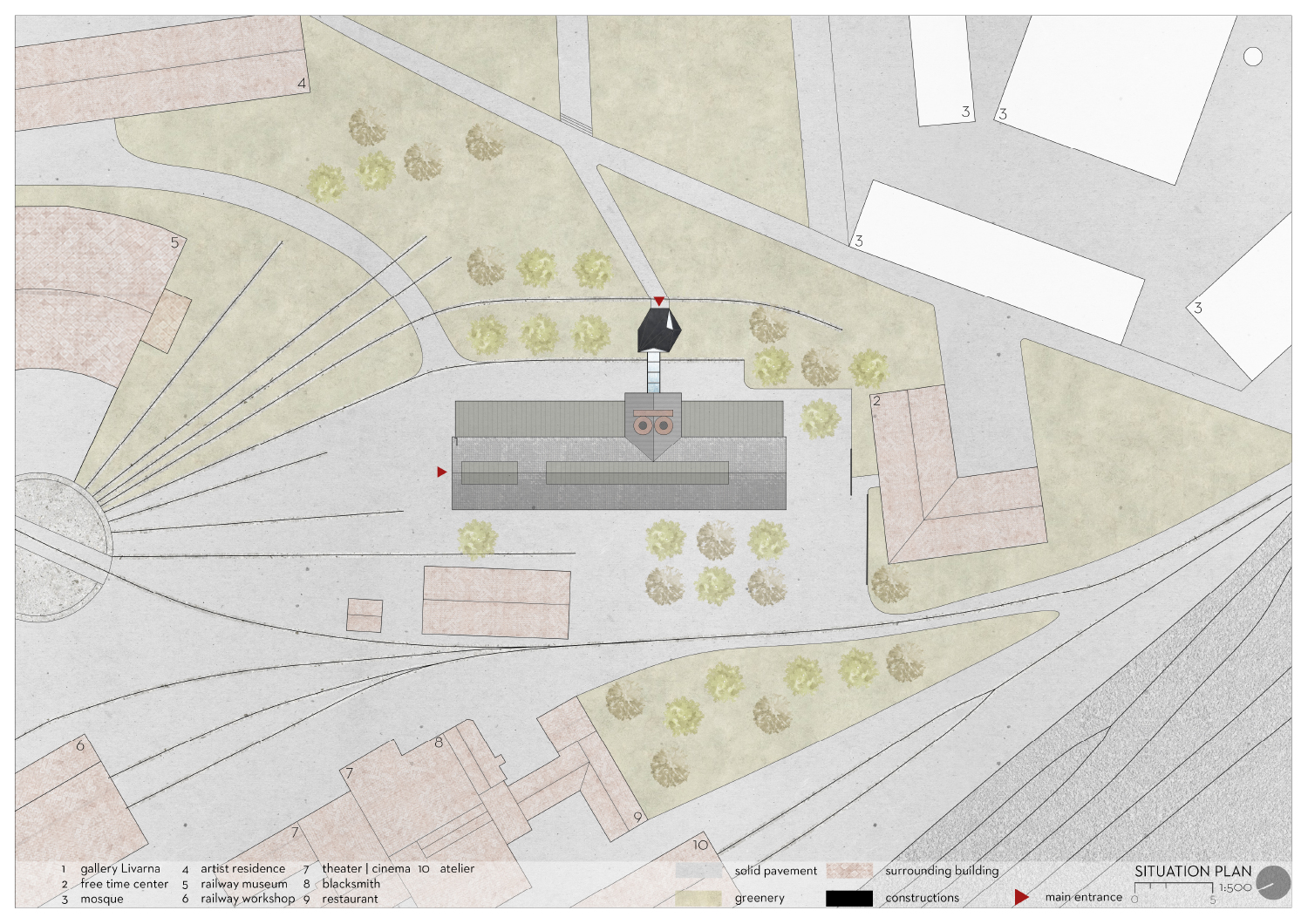 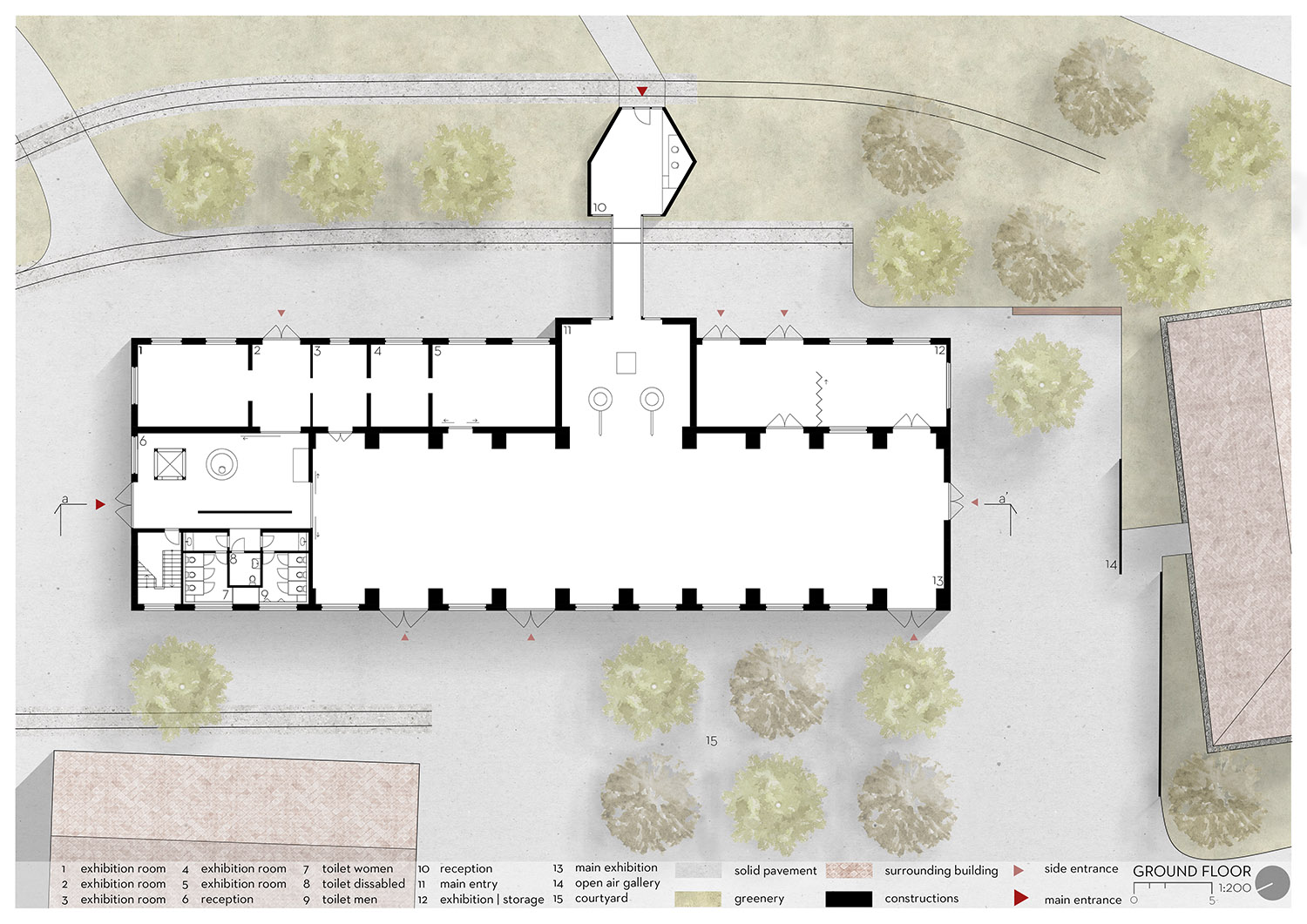 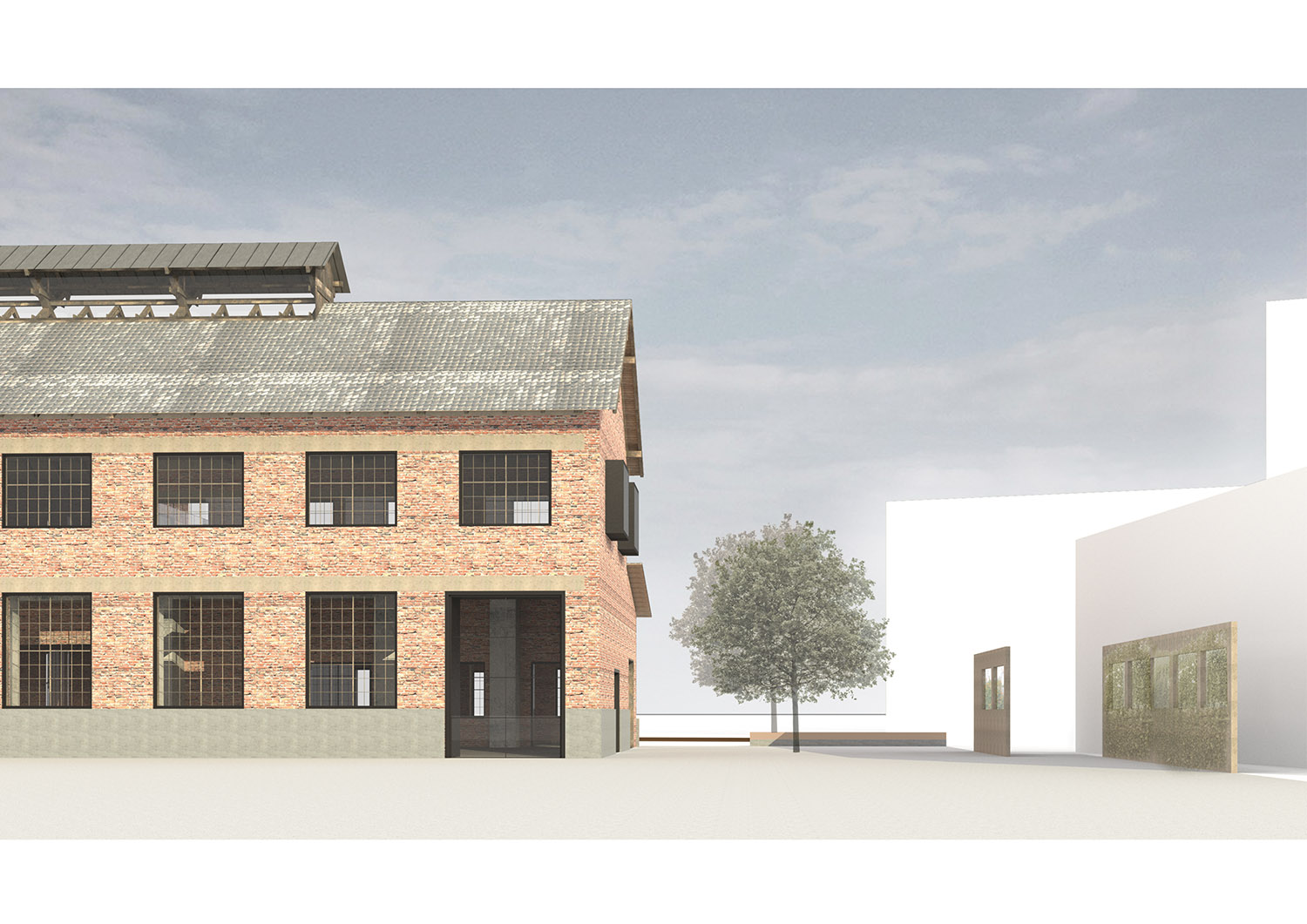 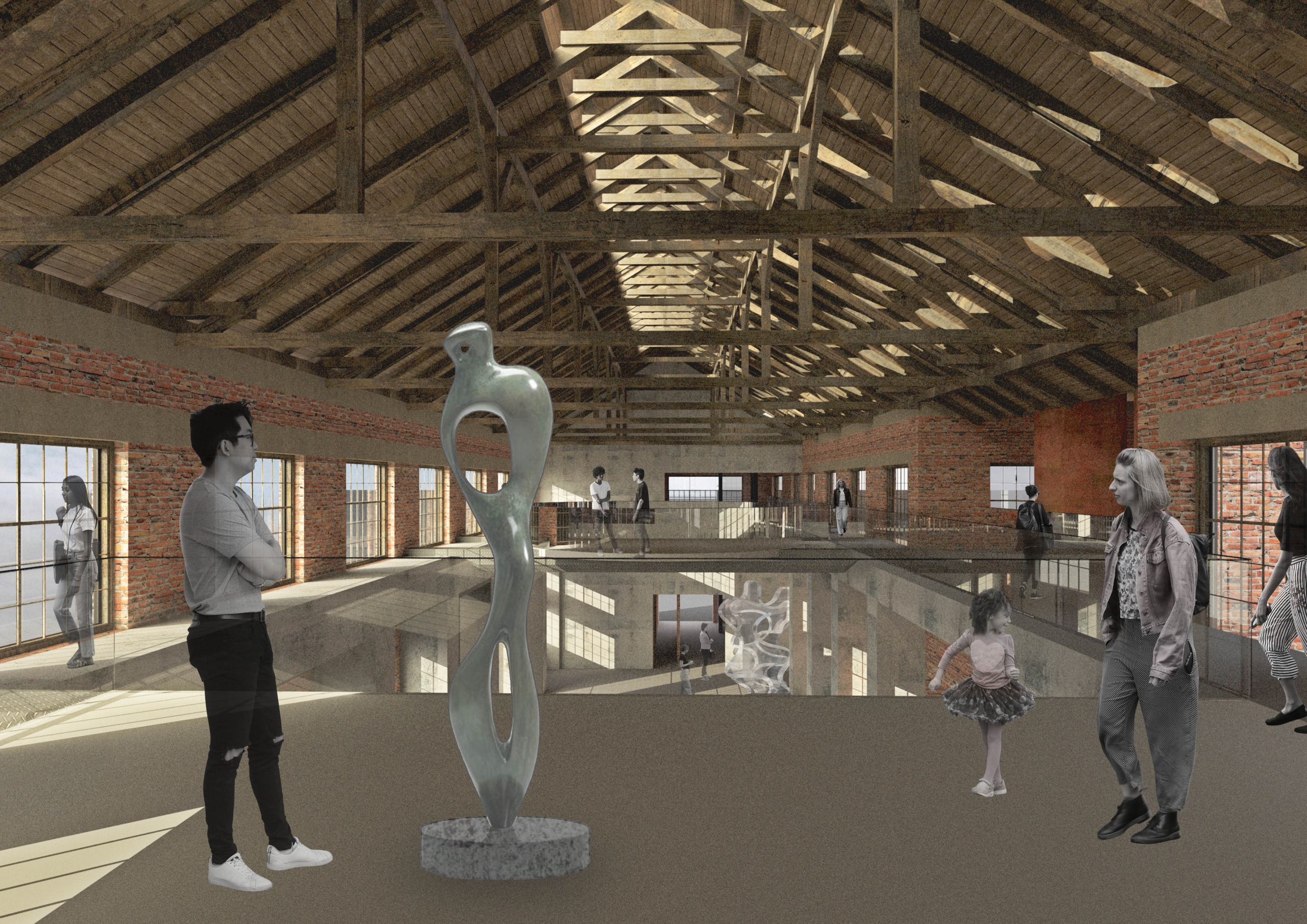