Wizarding Ljubljana: the ministry of magic

Wizards have lived among the non-wizarding society for many centuries, until in 1692, the so-called ‘Statute of Secrecy’ was established among wizards internationally. The need to hide themselves from the rest of society required them to solve many new problems. One of the main problems to solve was how to create their own governing institution to issue laws, maintain justice, and deal with everyday problems of the wizarding community. And so the Ministry of Magic was founded.

After its first few years of fast development, the wizards decided to build a representative building for their Ministry and placed it under today’s Prešeren Square. The main entrance to it was built from the wizards‘ New Street (‘Nova ulica’) under the Ljubljanica river. When you walk through this entrance, the stairs lead you down to a large entrance hall. There, three sets of staircases lead further down from that hall. Two symmetrically positioned staircases on the sides lead to the two most important places of the Ministry: the parliment hall, called Zbornica, and the courtroom, called Prono. The third staircase leads to the department floors with all the offices. 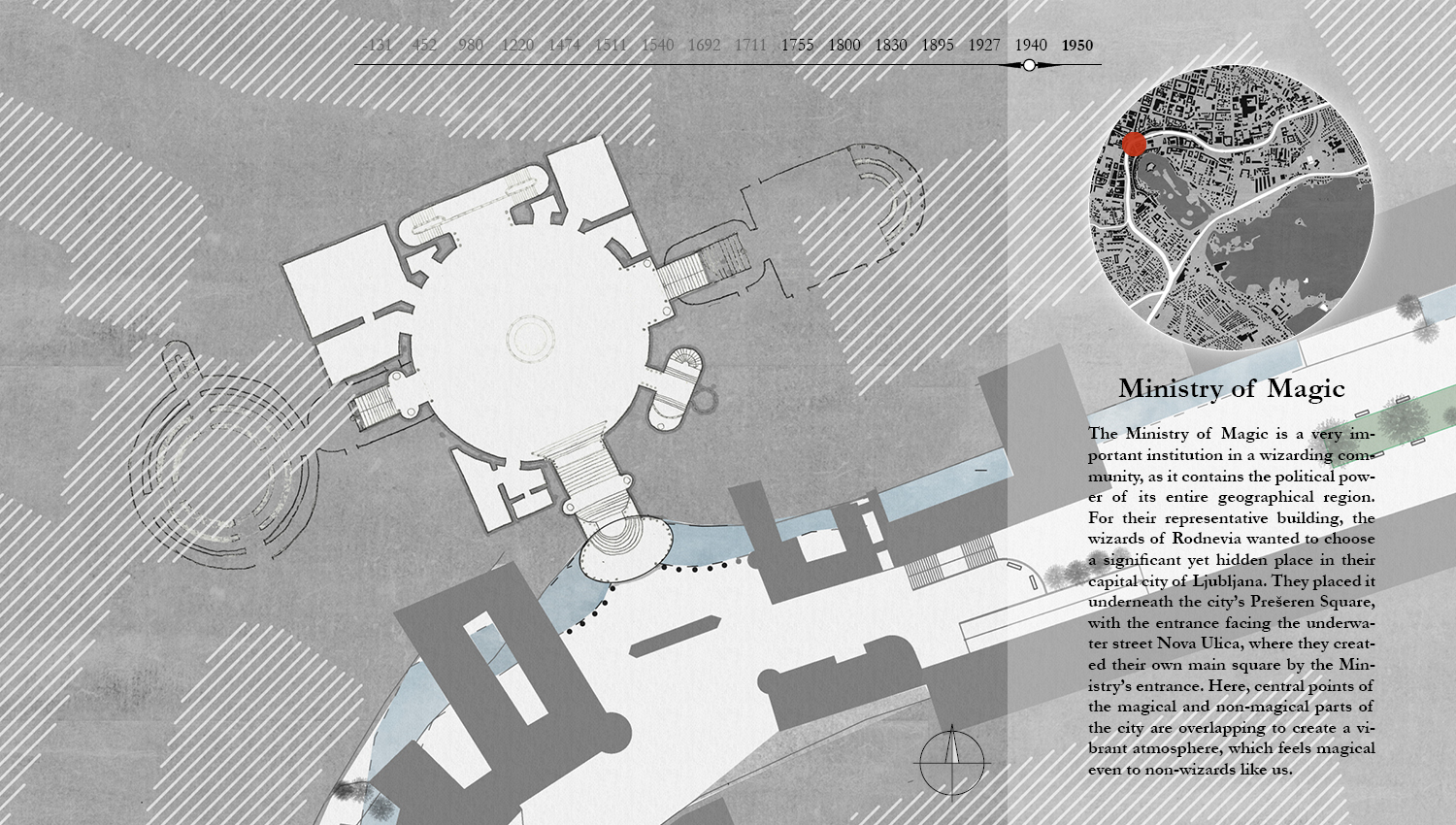 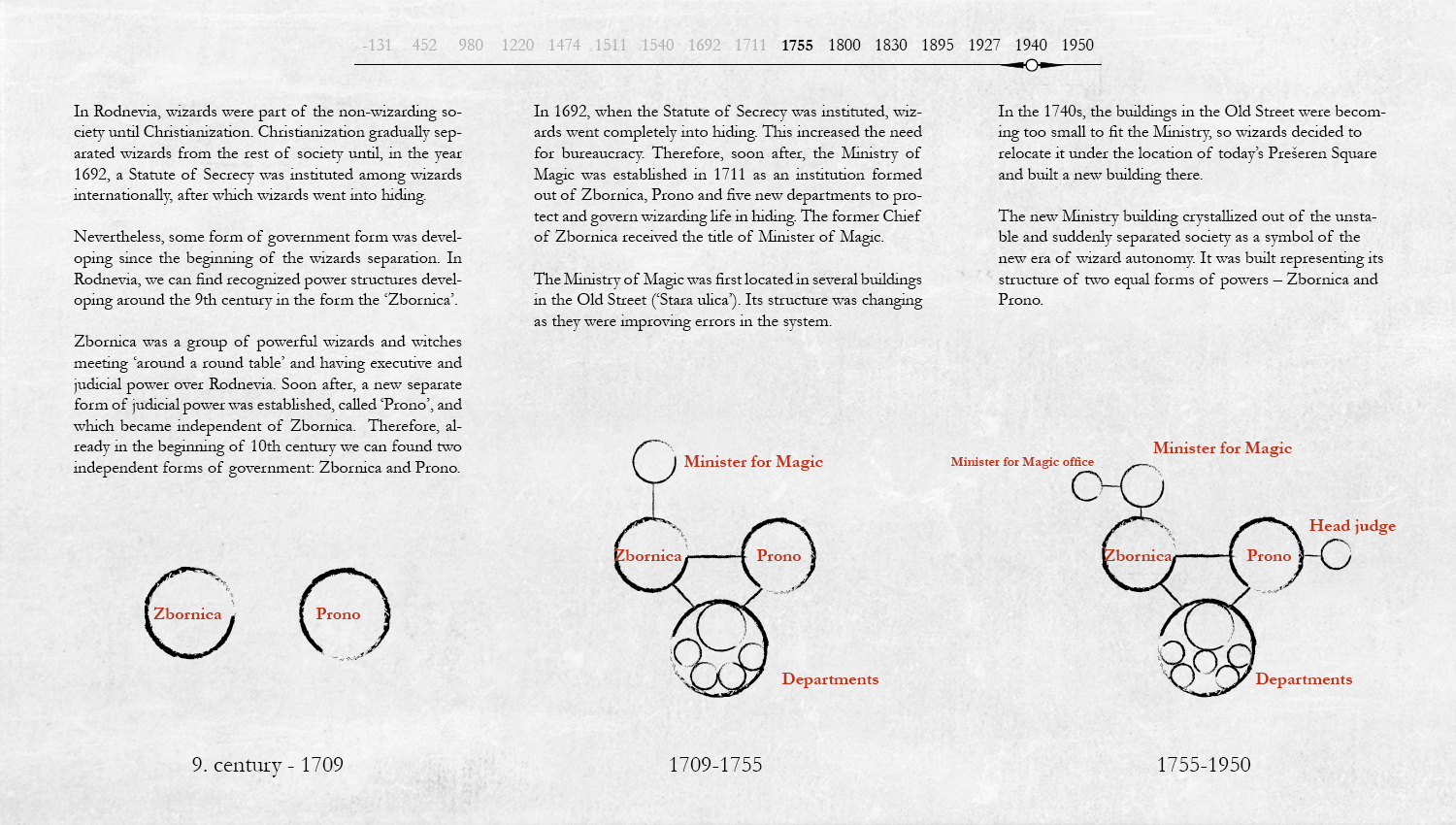 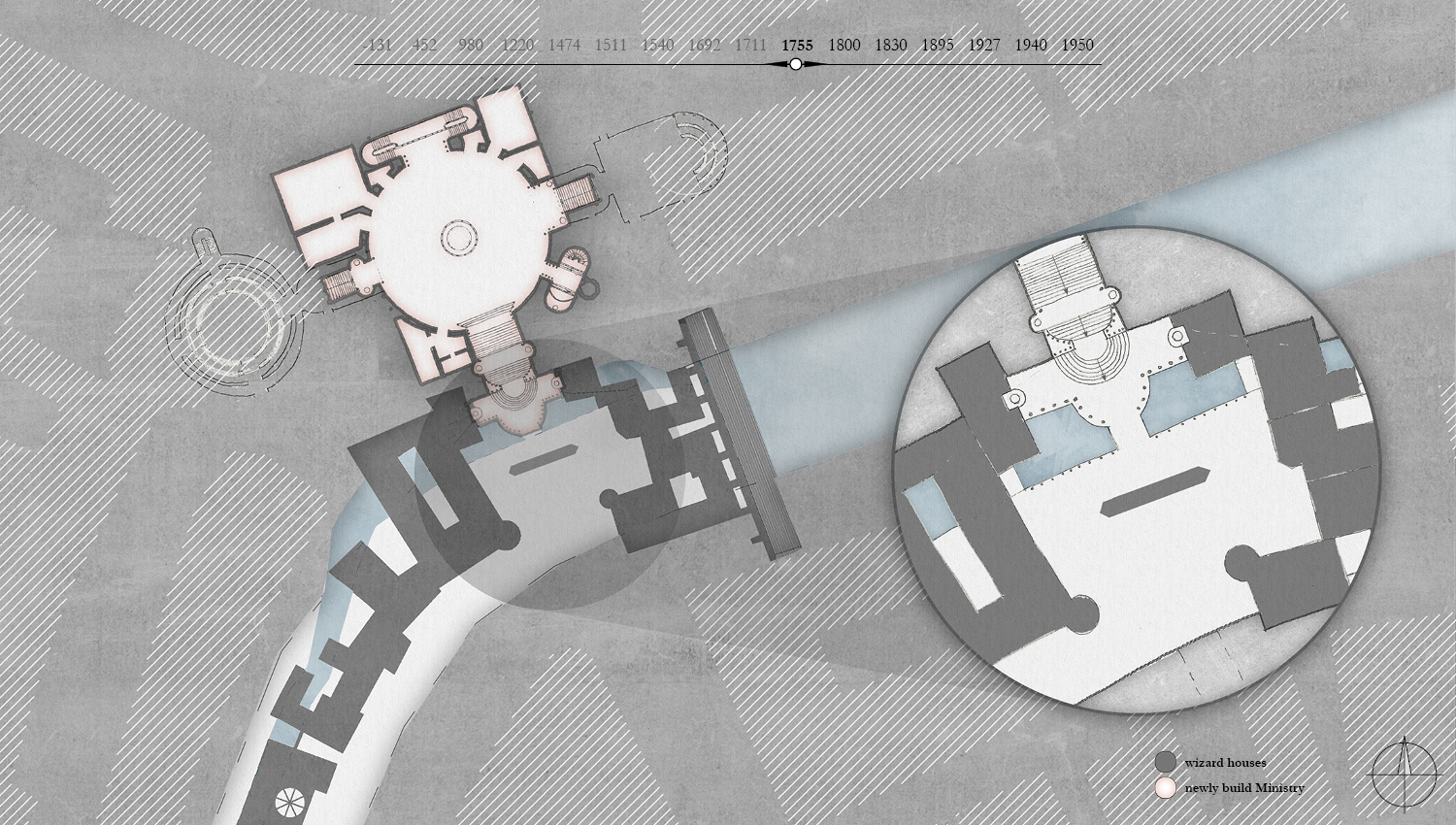 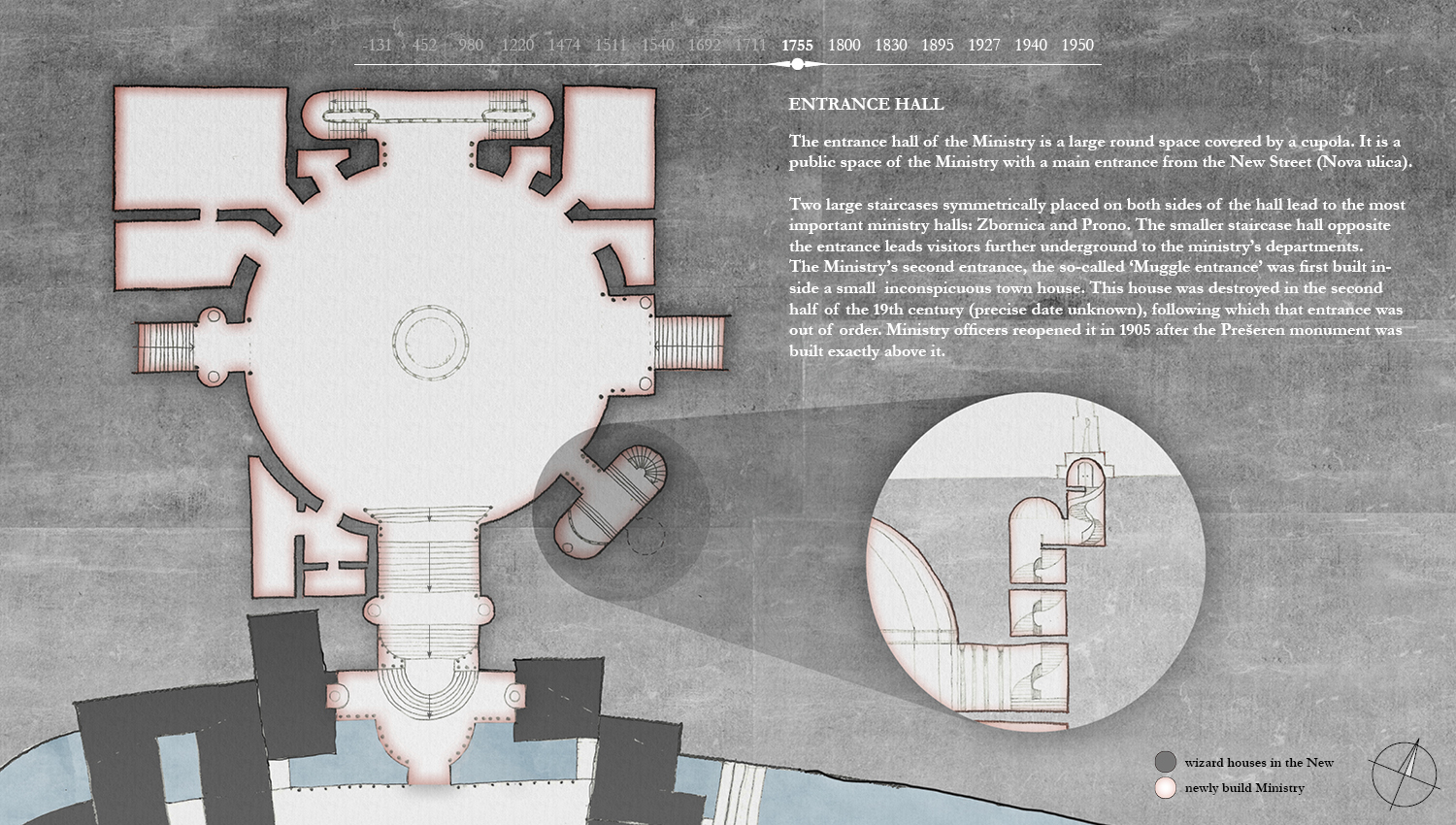 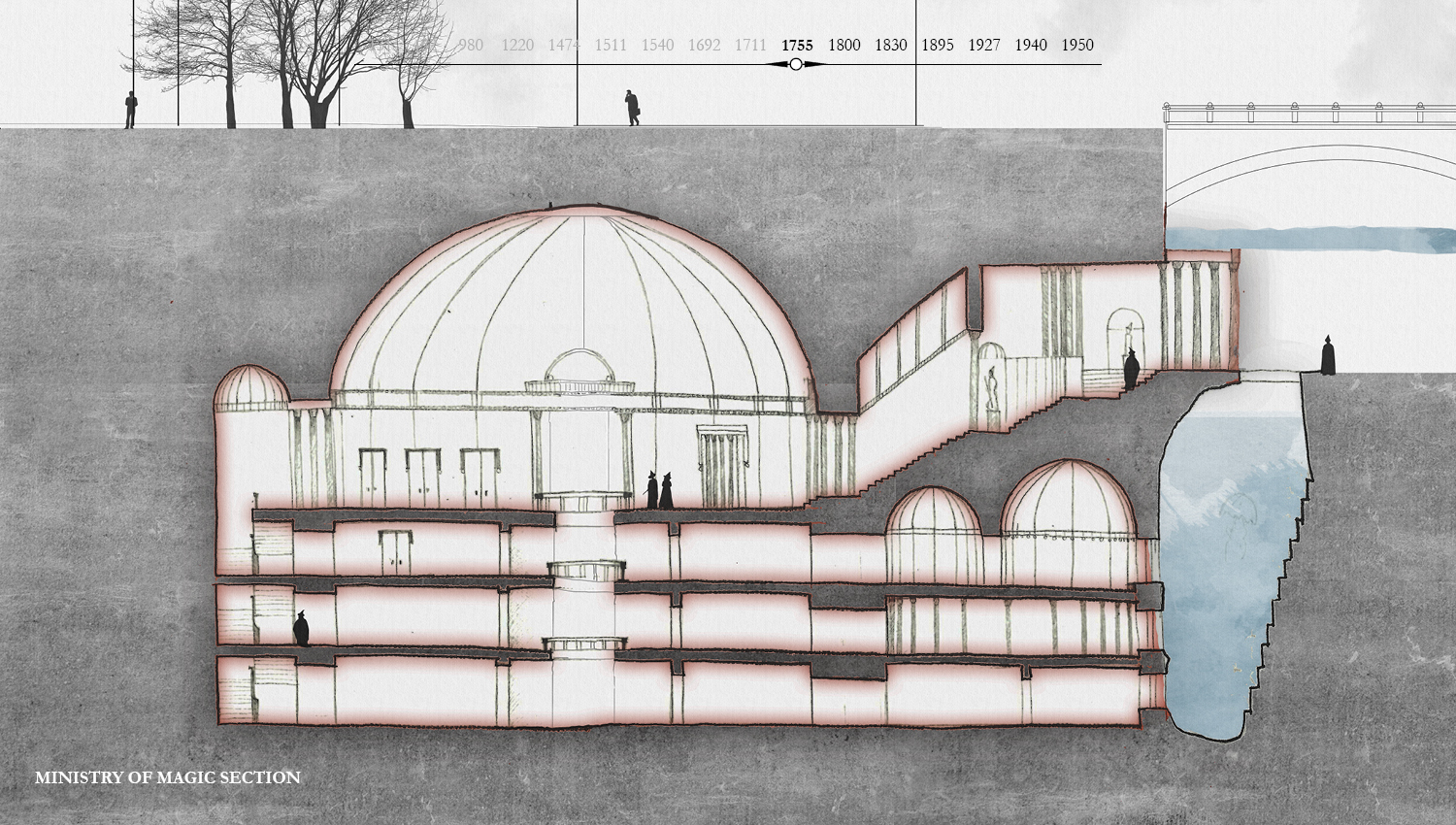 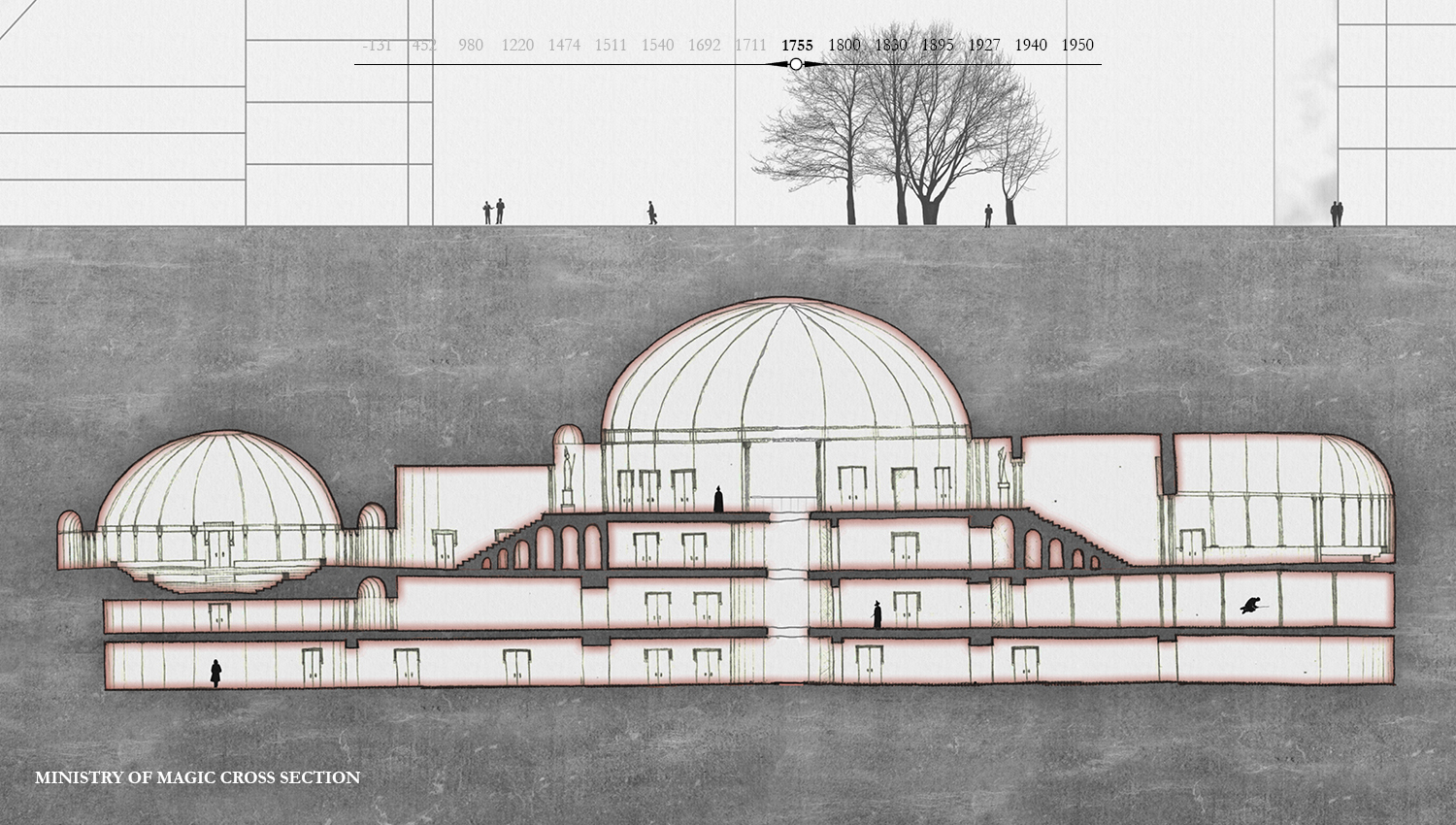 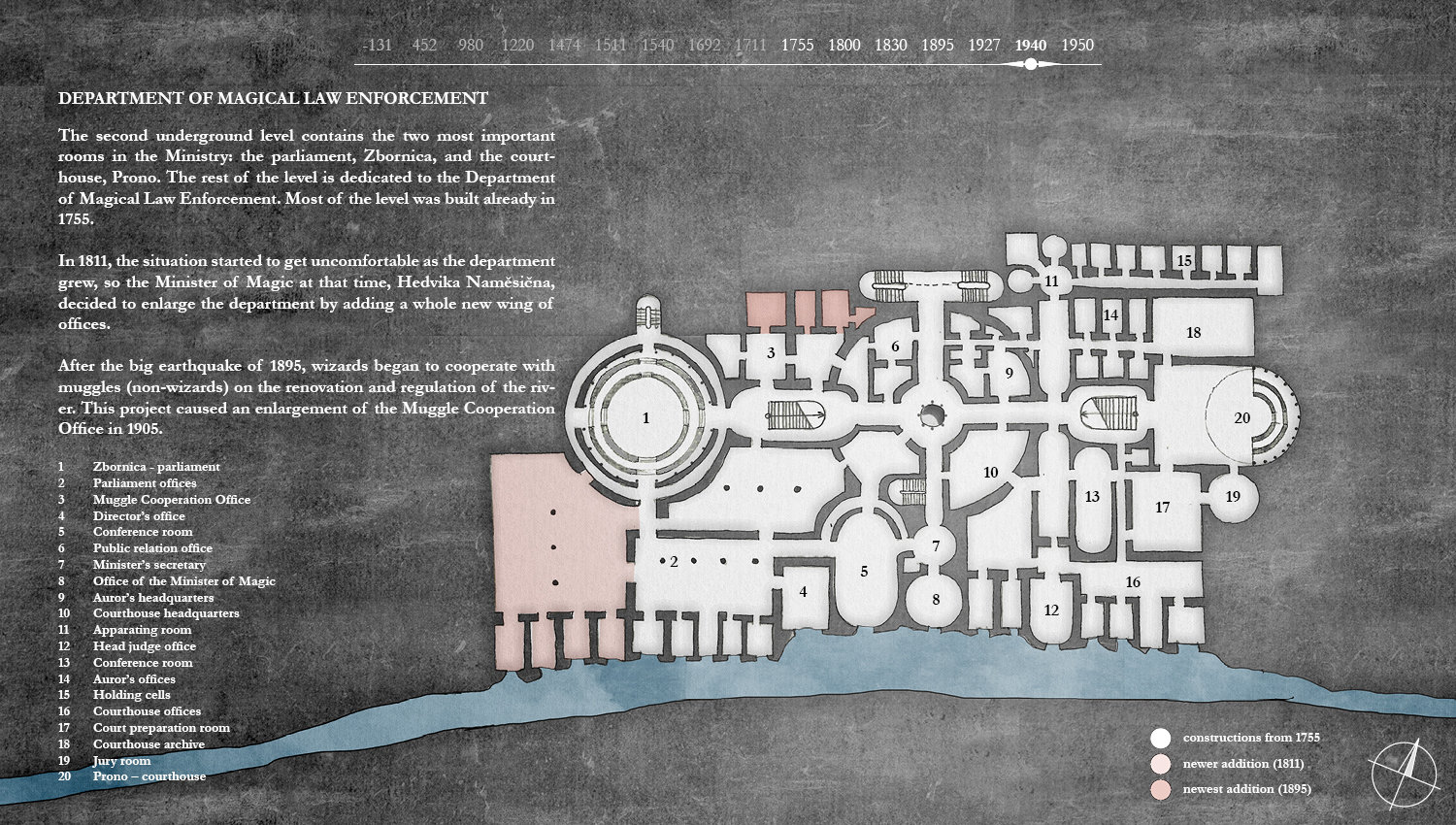 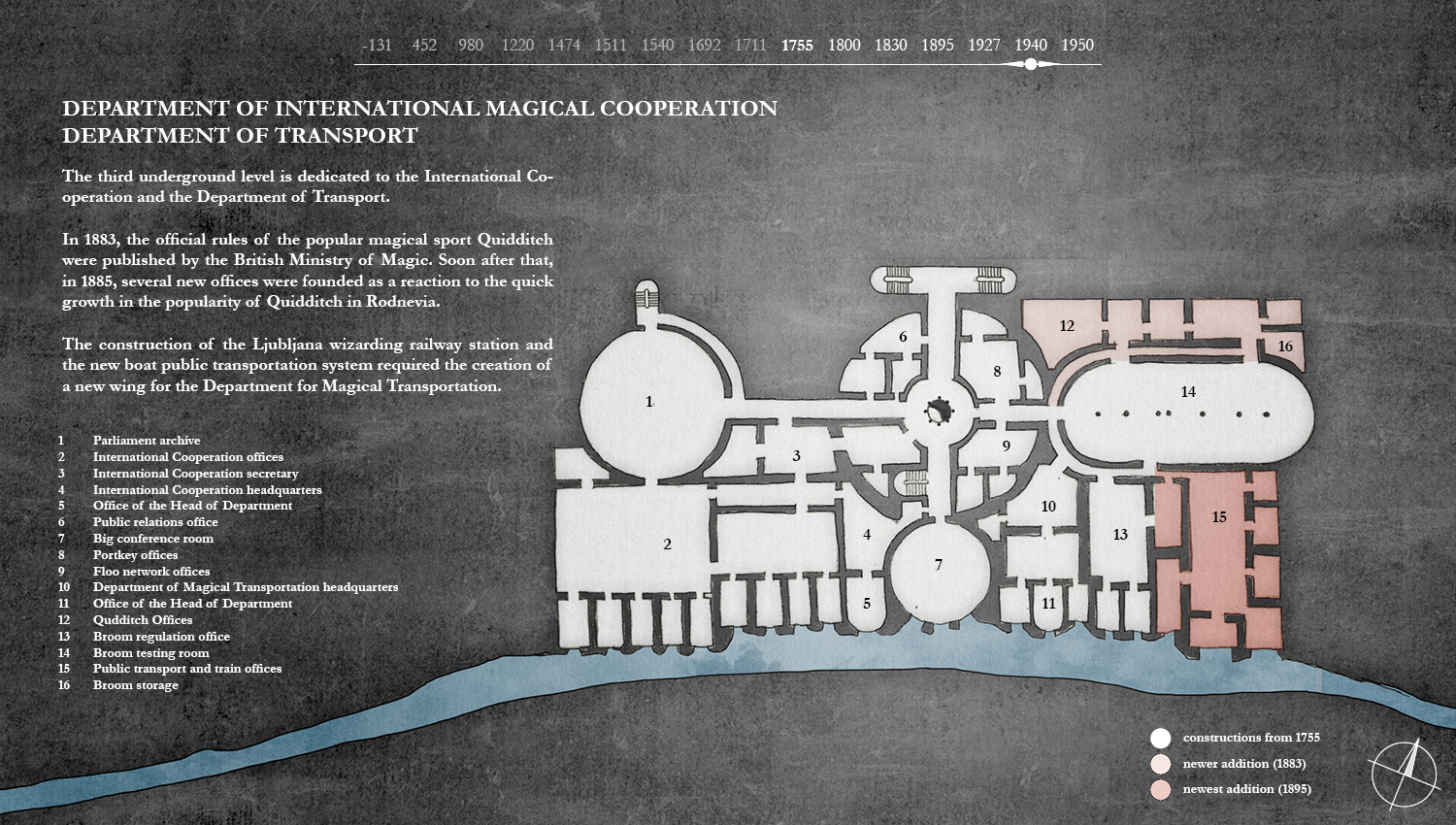 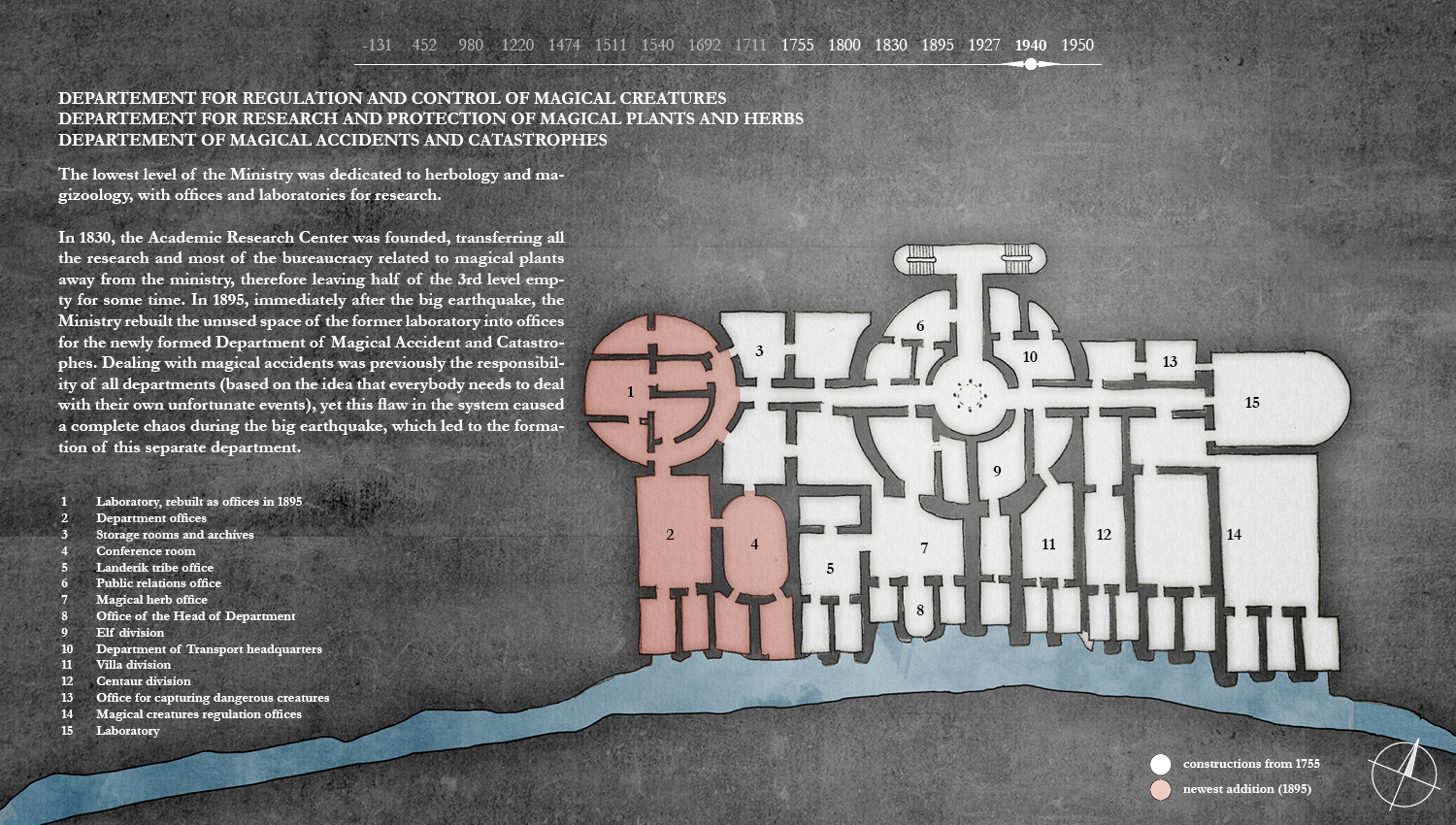 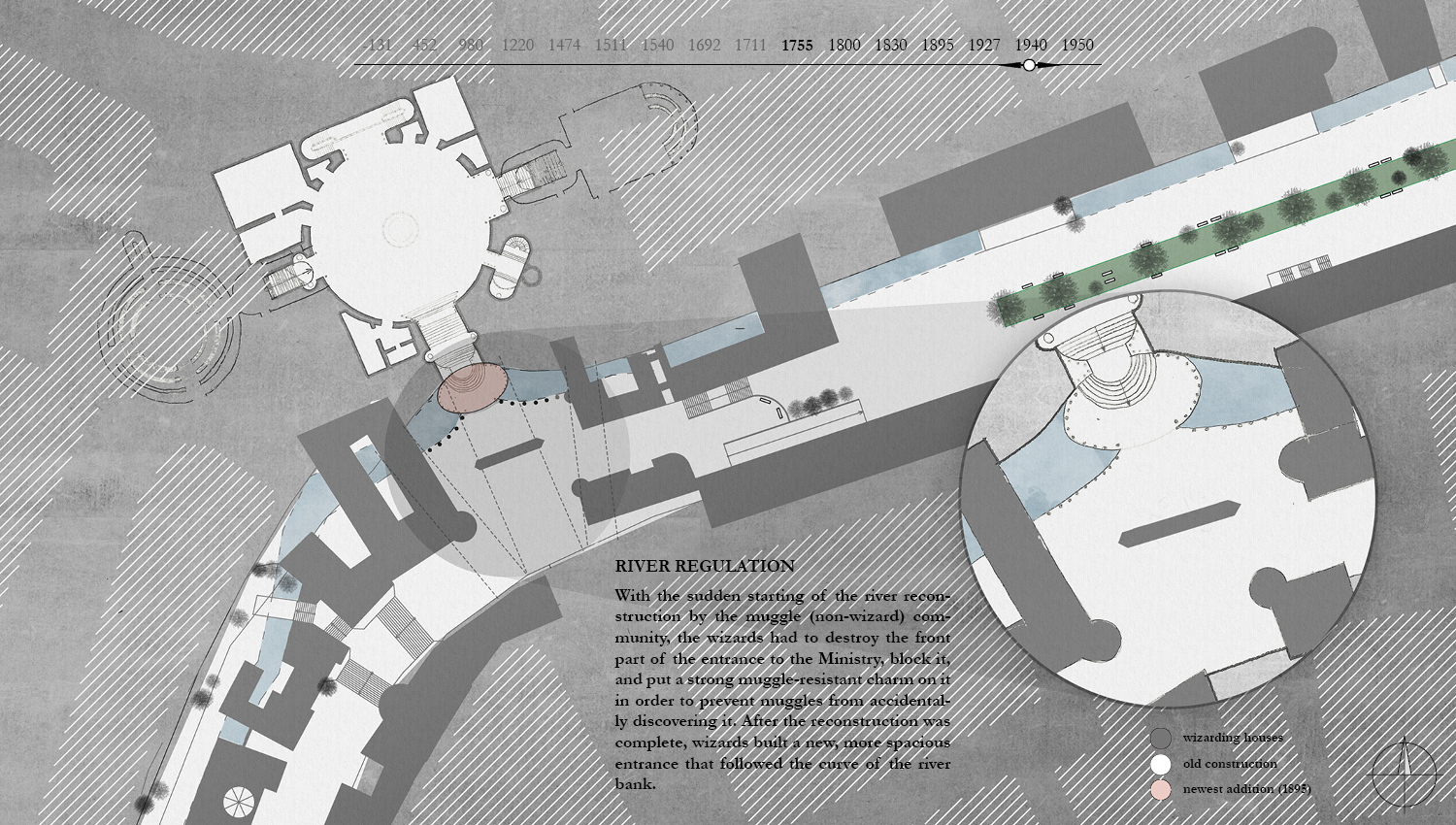