In this project, we had to develop an archive for a specific artist, in my case Jan Svankmajer.
We started with a drawing that we made from some models the previous semester. We took this drawing as the context in which we had to find a location for the artist’s archive.
Jan Svankamajer’s archive is a place that disseminates and contains various artefacts from his life. I organized it chronologically, dividing it into three periods in which his work had been affected. To give it its character I have taken into account the aspects that represent him most, such as materiality, the themes he deals with in his films, and the technique he uses.
To develop this project I selected a part of the drawing, which I began to modify to see the spatiality that it could have. Finally, I extracted the form of the file from the context, justifying its relation by means of periods of its life. Throughout this process, I developed the space taking into account the path, thresholds, opening, and room.
The context has also been part of the development process, it has been considered as an urban environment, which limits and shapes the archive. Its spatiality is also configured according to the artist.
Finally, for me, it has been important to get a sequential and narrative space that is connected at all times and that helps you to understand my artist. 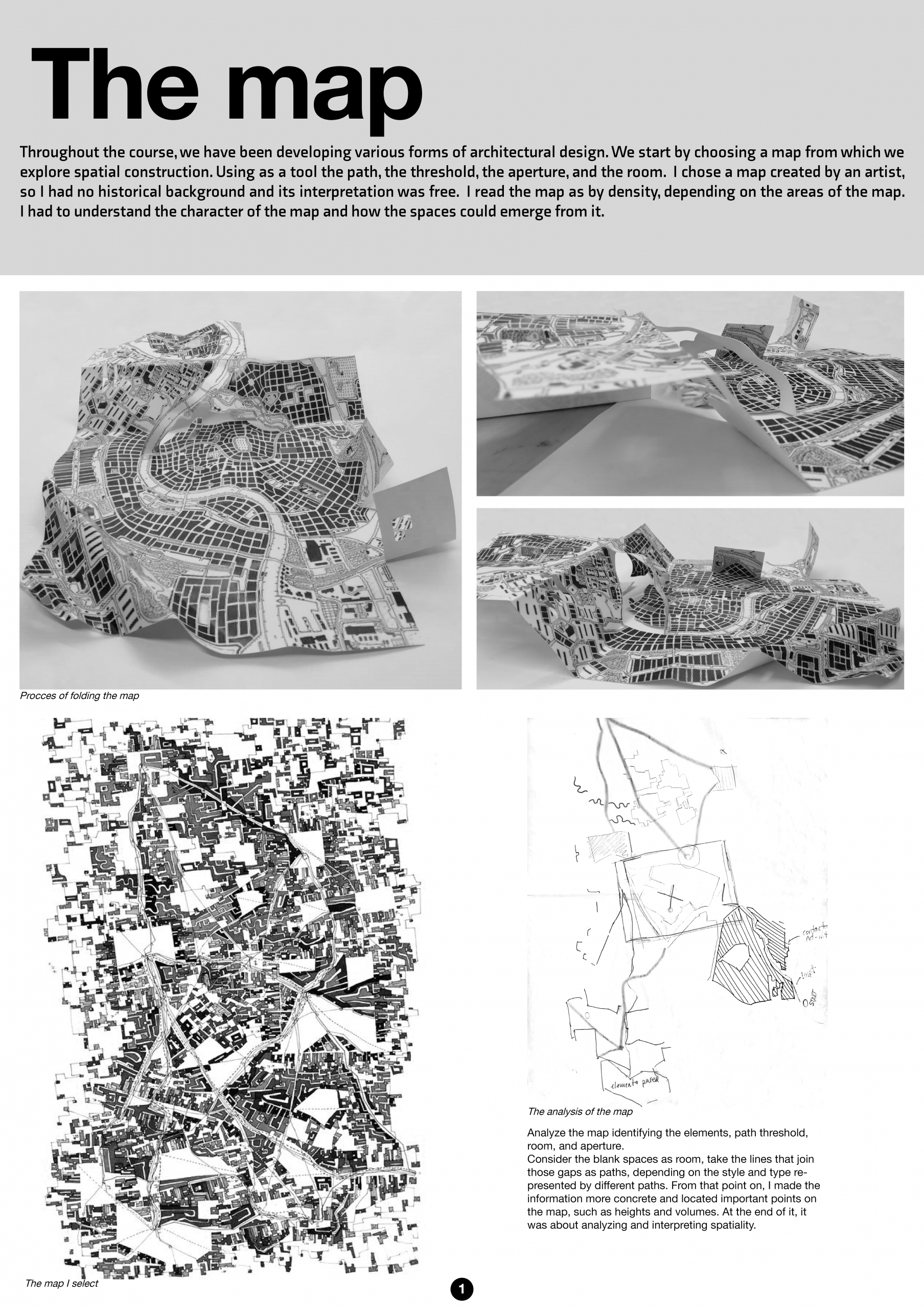 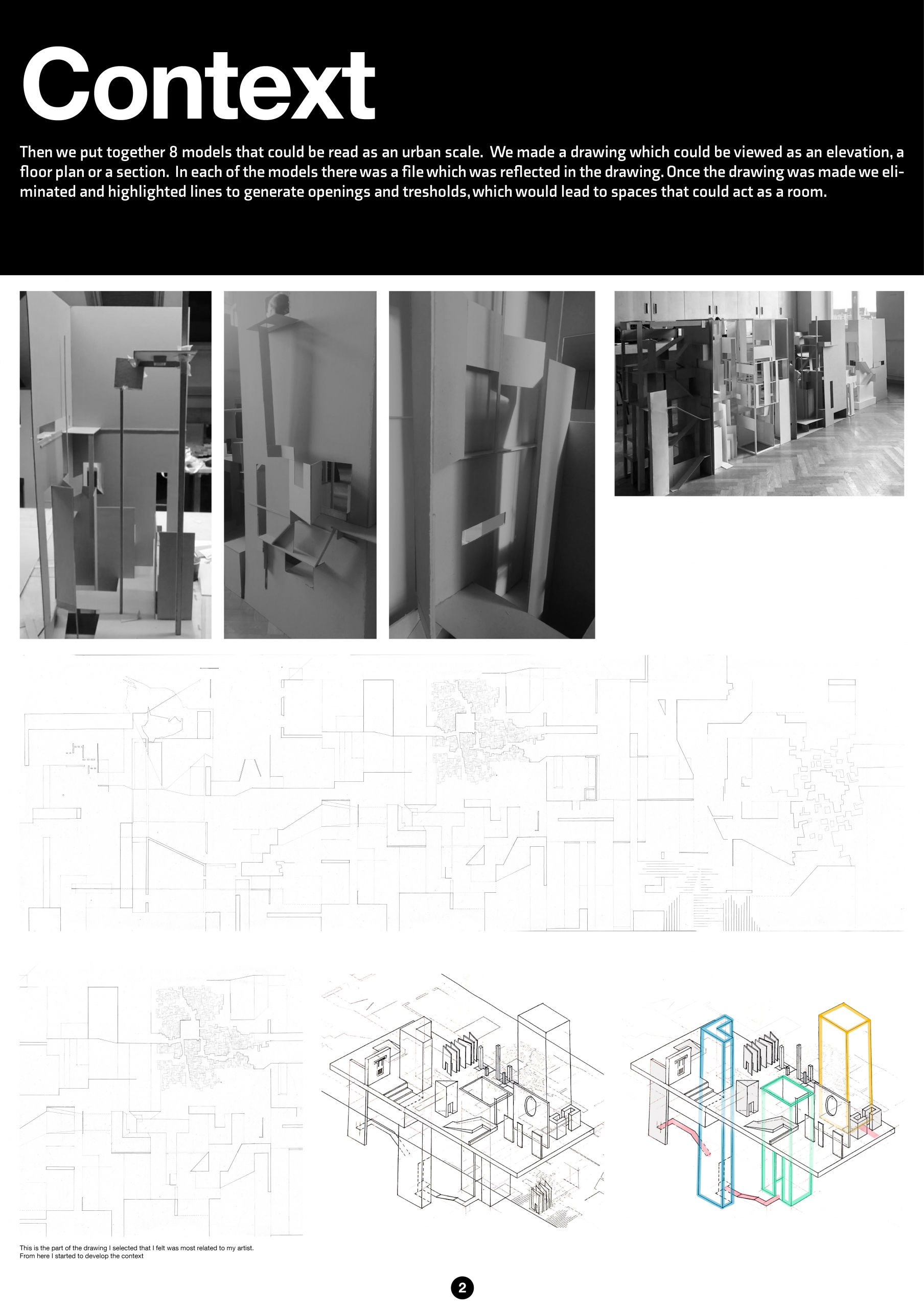 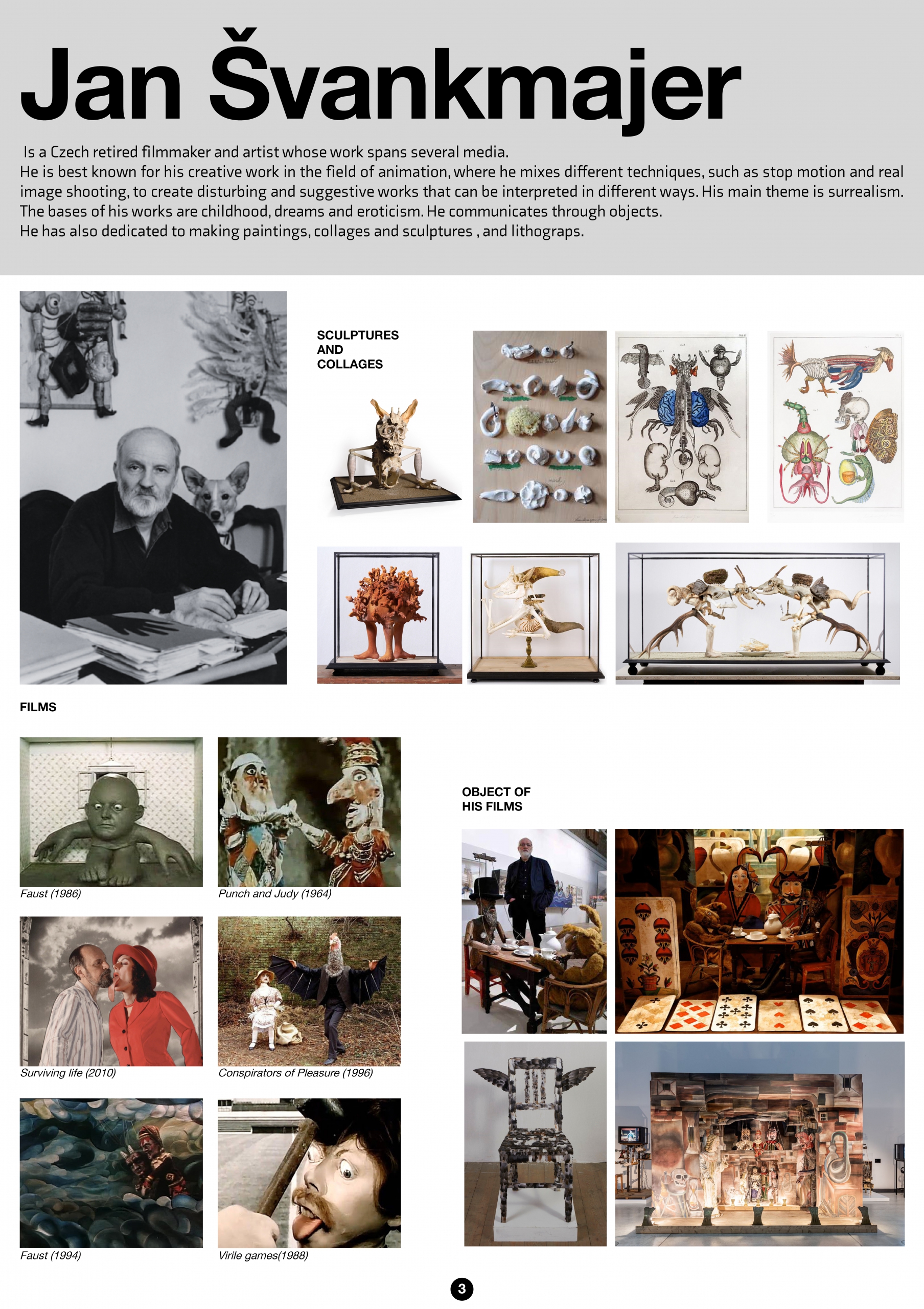 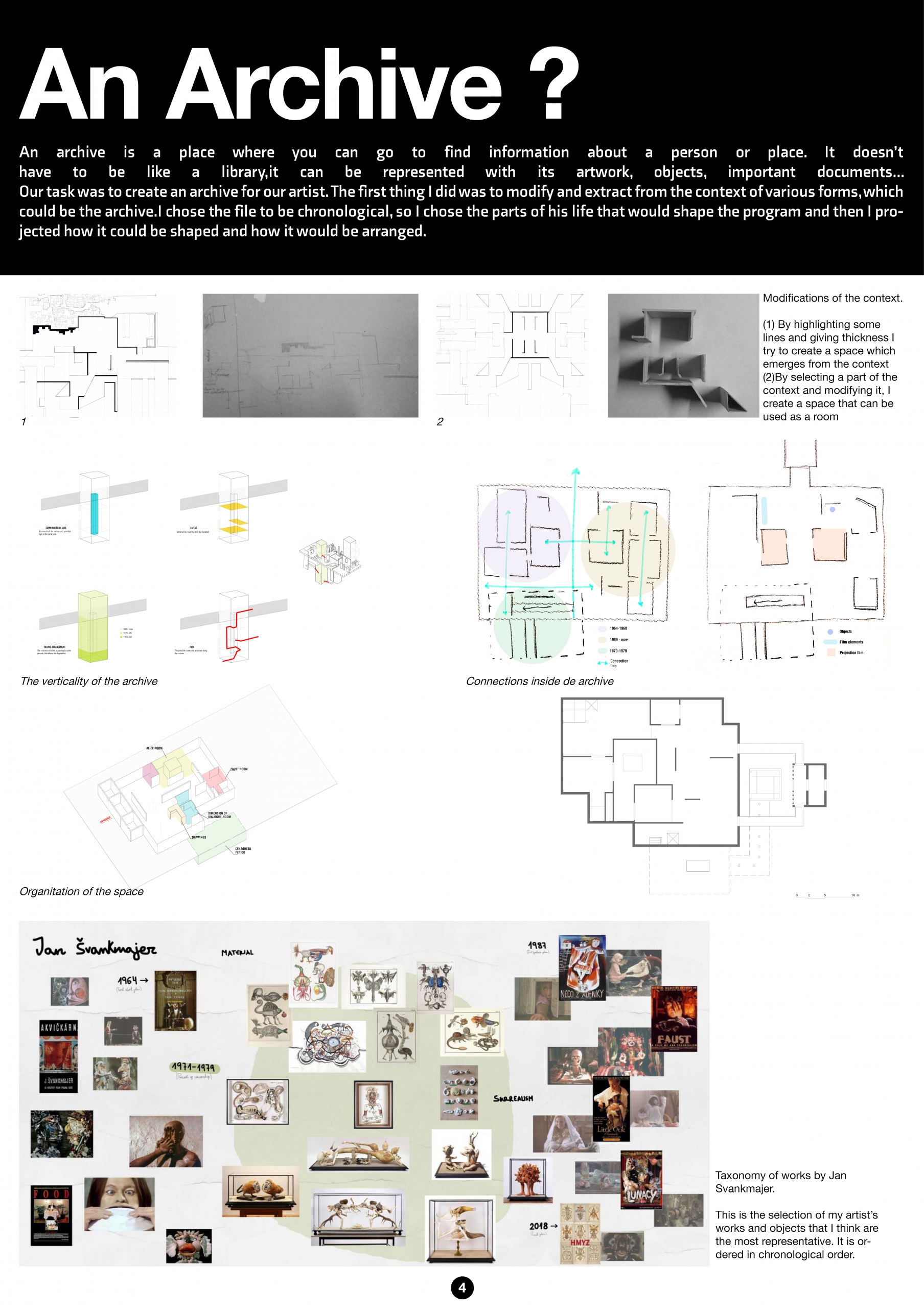 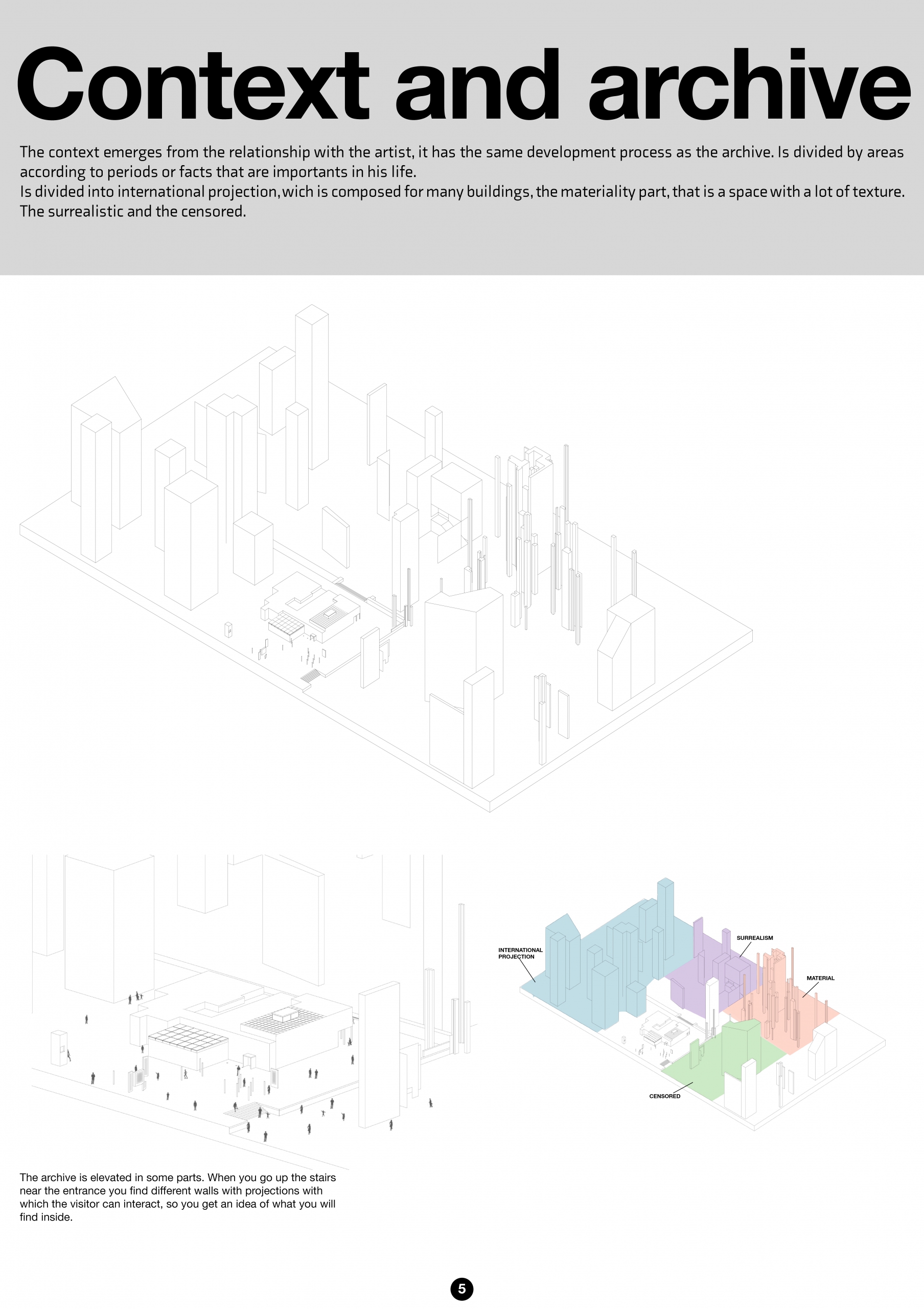 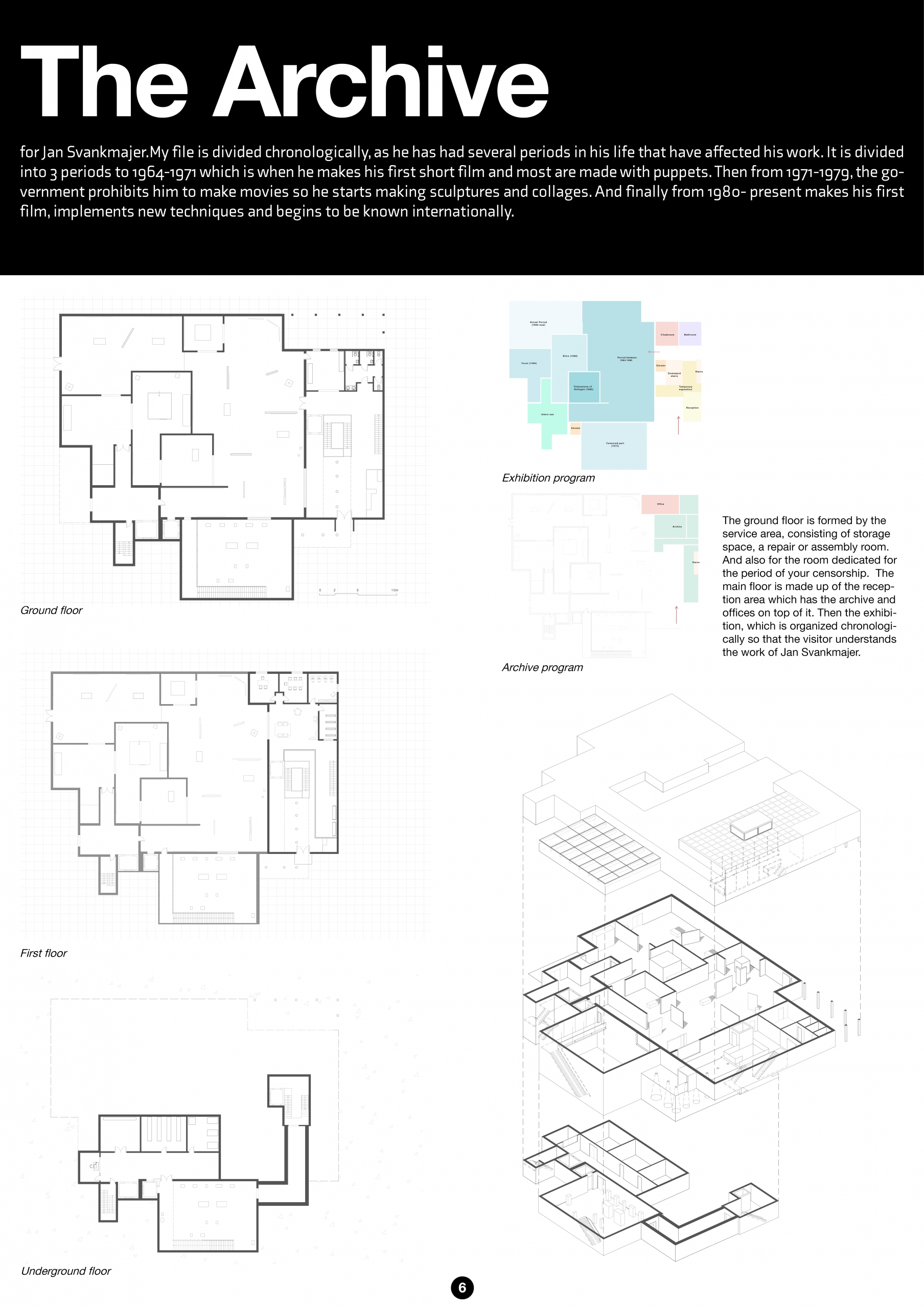 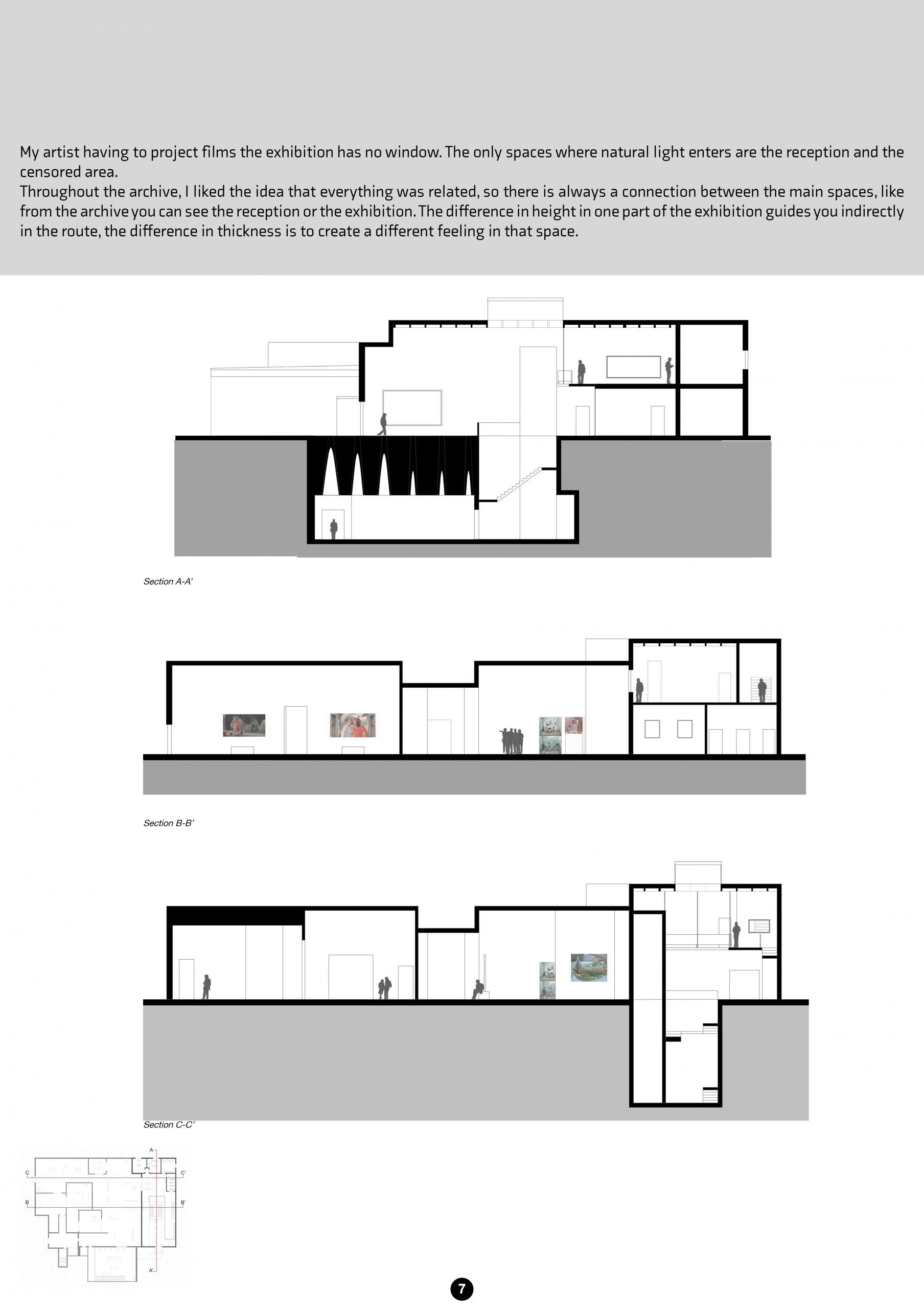