The Green Line was a line of demarcation in Beirut, Lebanon, during the Lebanese Civil War from 1975 to 1990. It separated the mainly Muslim factions in predominantly Muslim West Beirut from the predominantly Christian East Beirut controlled by the Lebanese Front. However, as the Civil War continued, it also came to separate Sunni from Shia. At the beginning of the Civil War, the division was not absolute as some Muslims lived East of the Green Line and some Christians lived in West Beirut; but, as the Civil War continued, each sector became more homogeneous as minorities left the sector they were in. The site I chose in located in the downtown of Beirut, exactly on the Green Line which is for the moment still empty. The project is called The Fusion, because in its abstract sense, is connecting west Beirut with east Beirut and as well, connecting the present Beirut, with its past, where part of my chosen site, is composed of an archeological Monument. The Green Line, a symbol of war and conflicts, will be transformed to an educational, art Hub, serving the city as a homogeneous society. 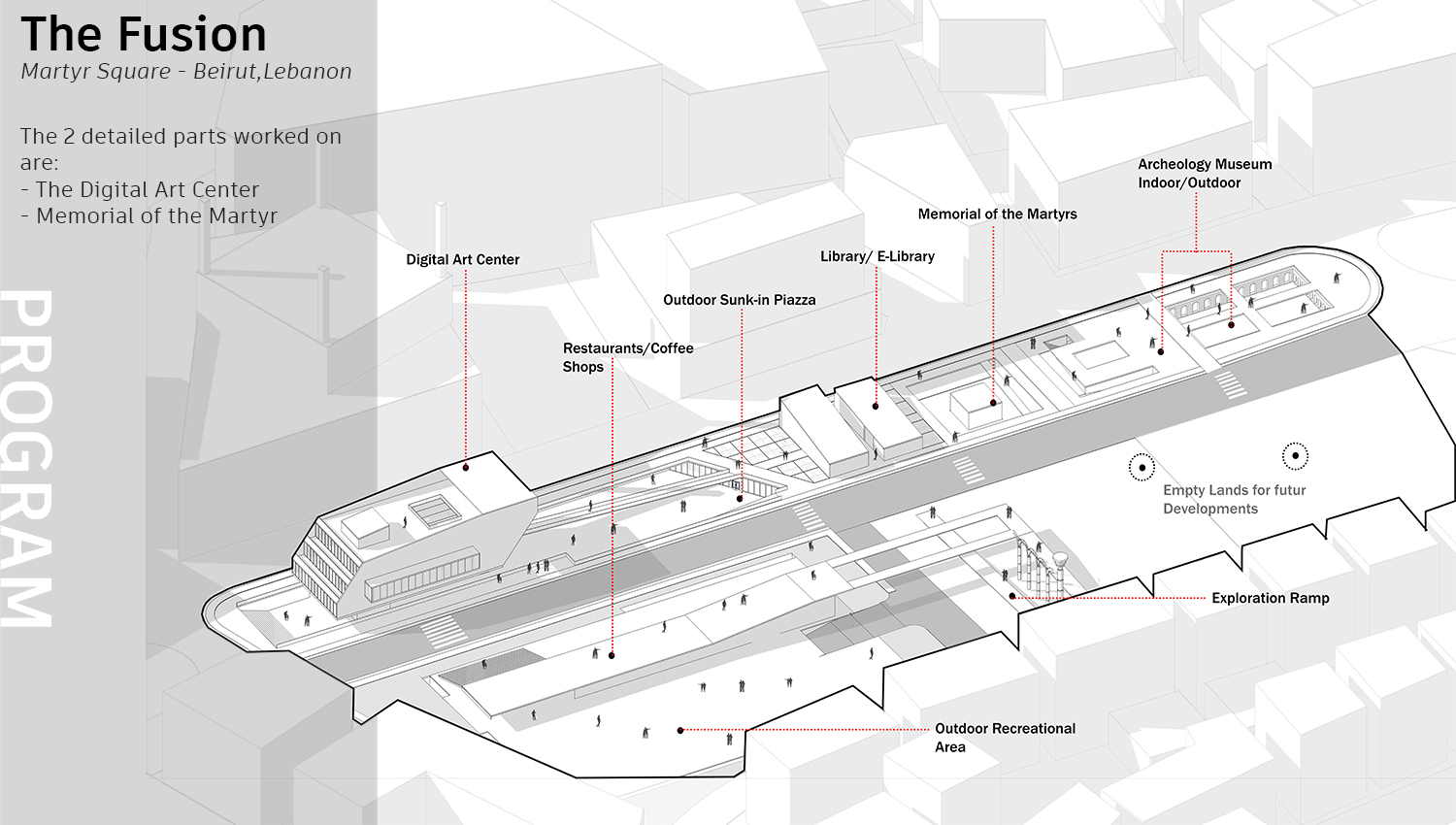 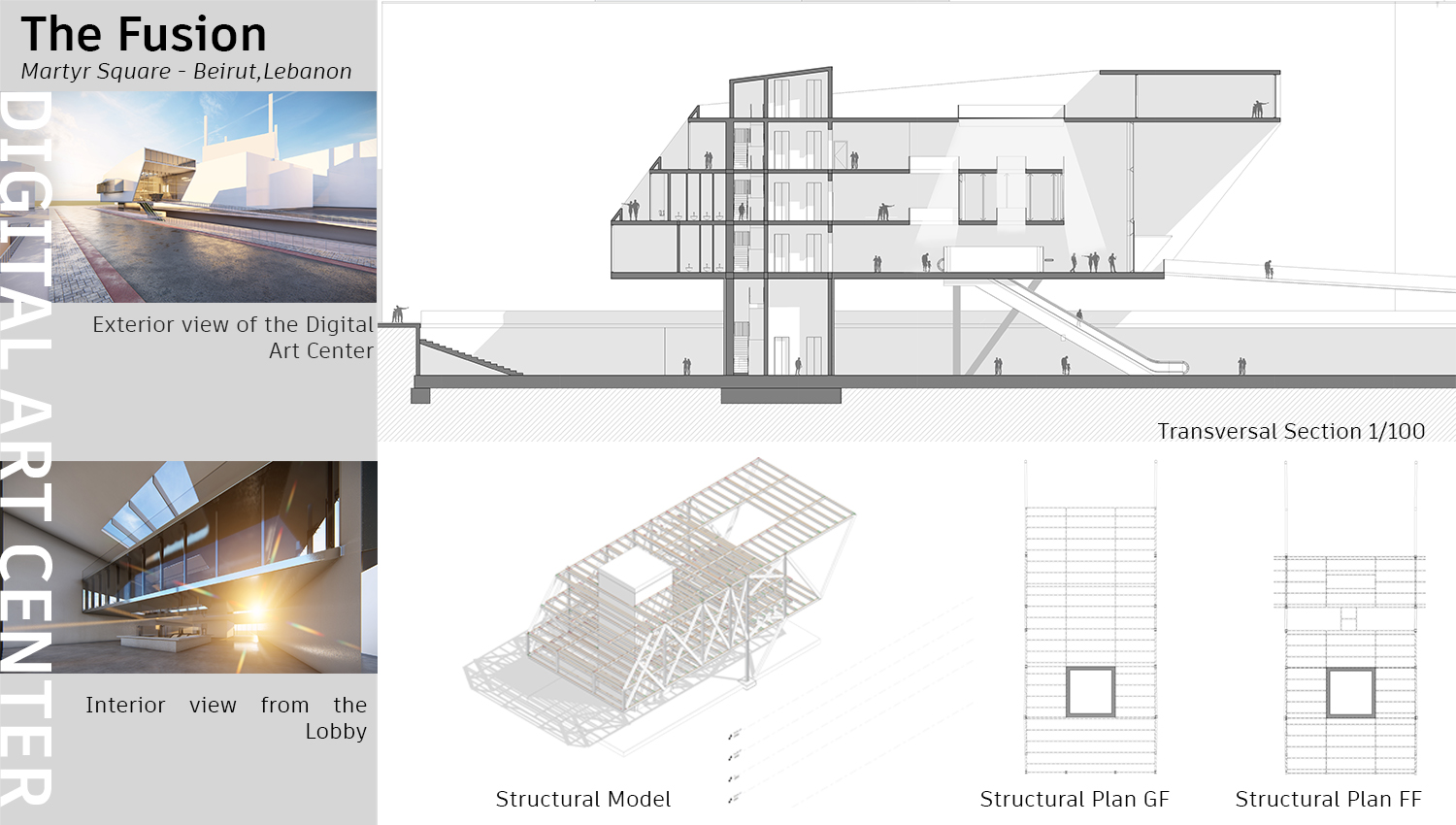 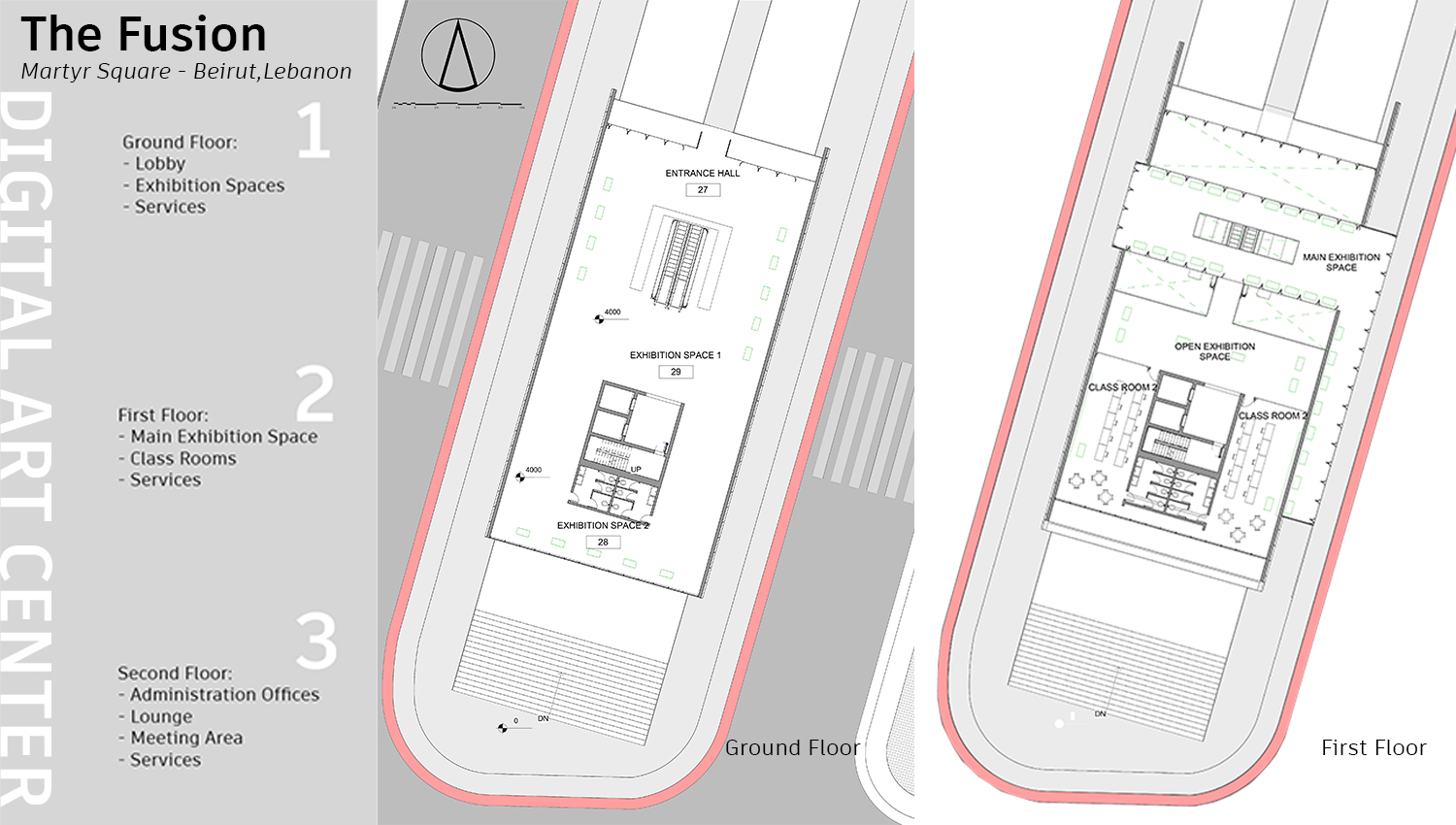 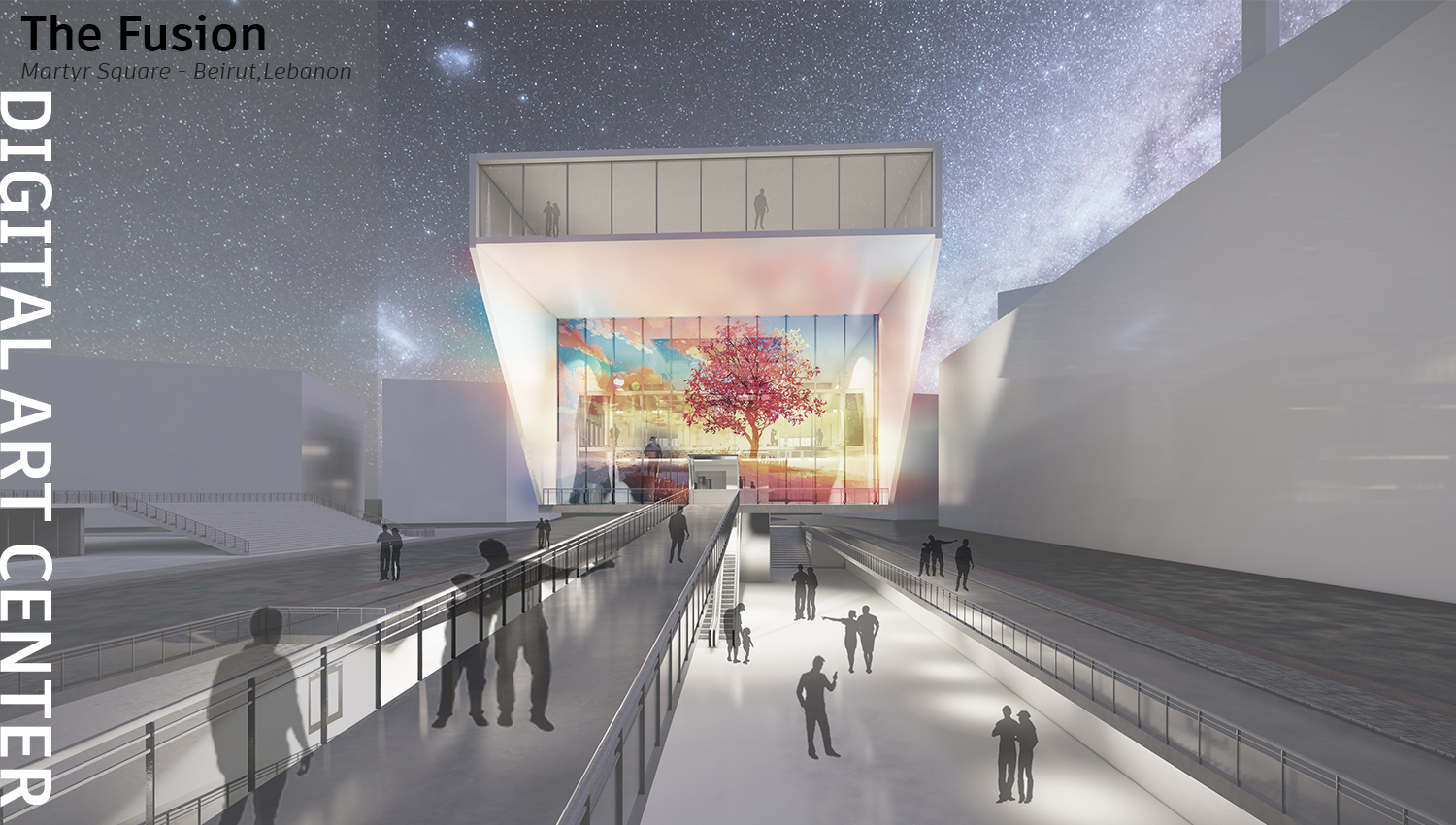 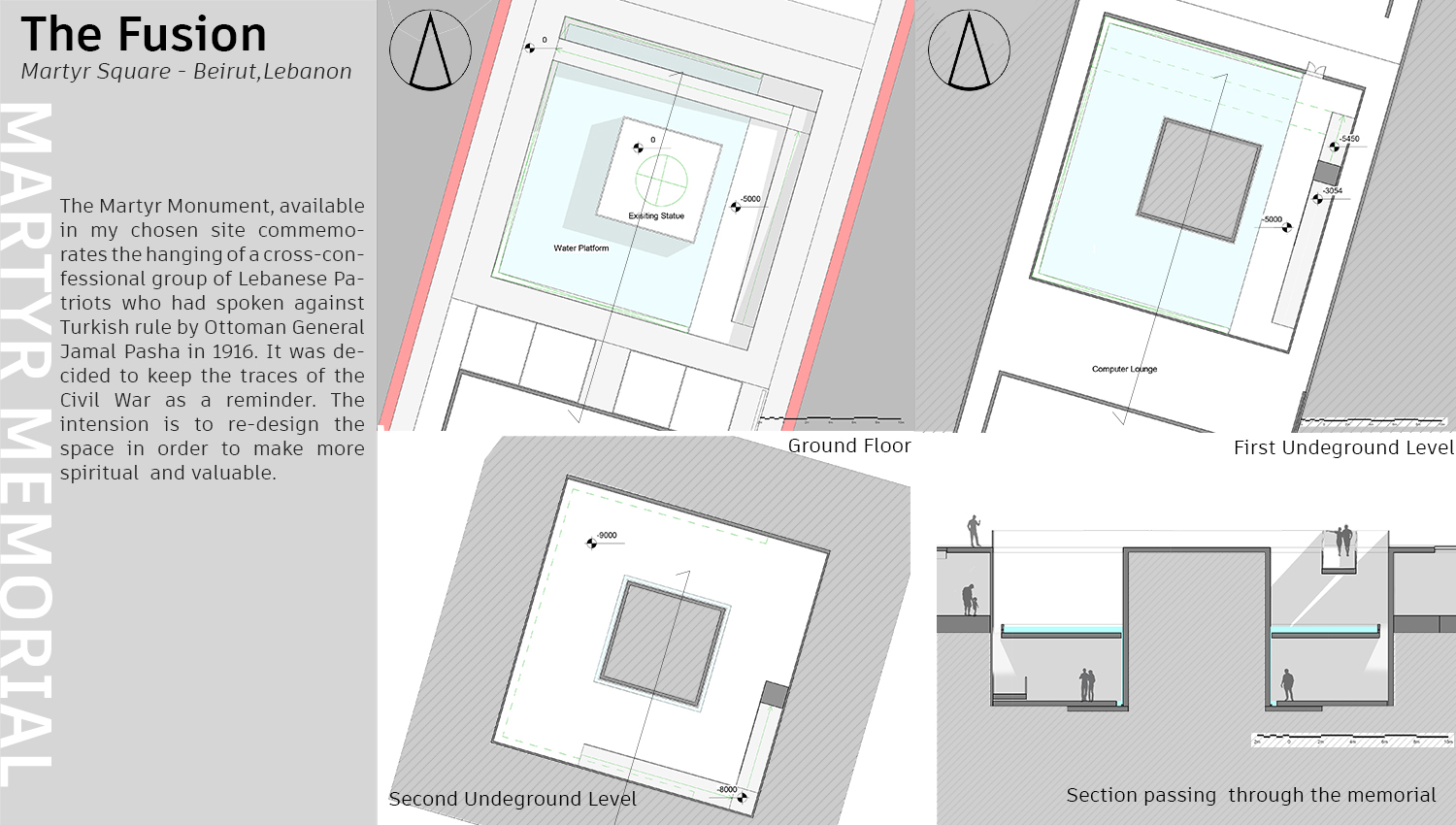 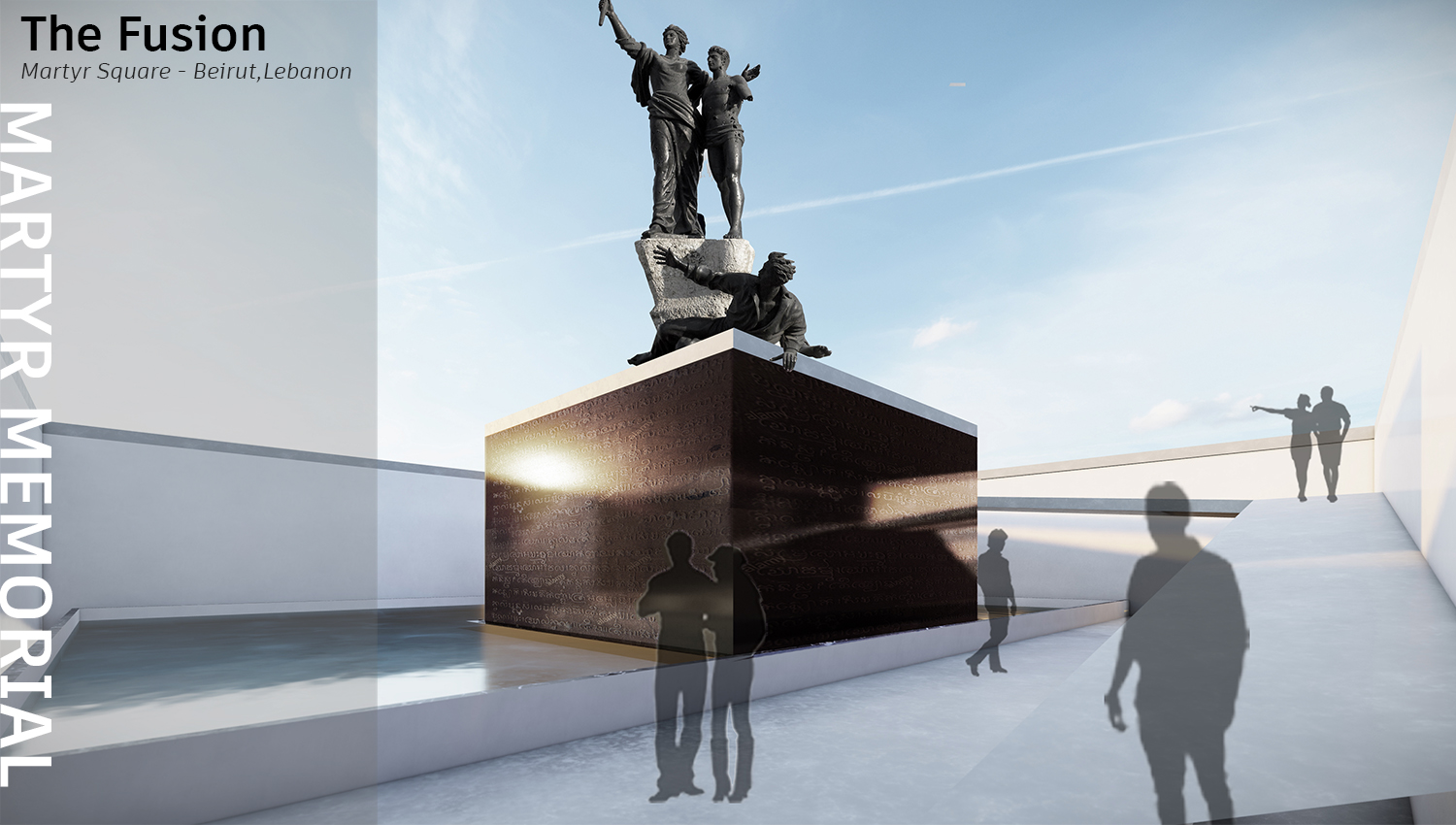 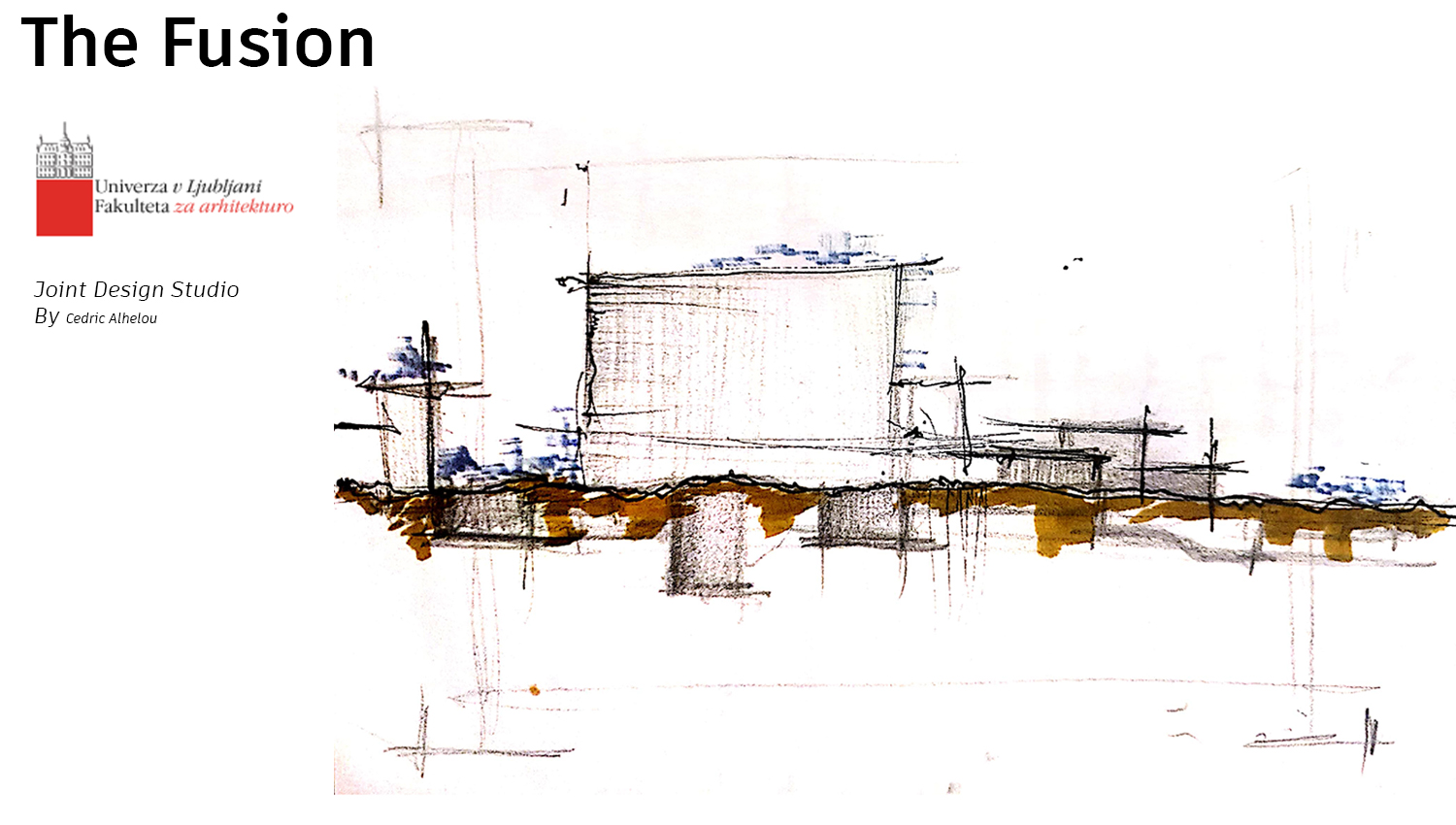 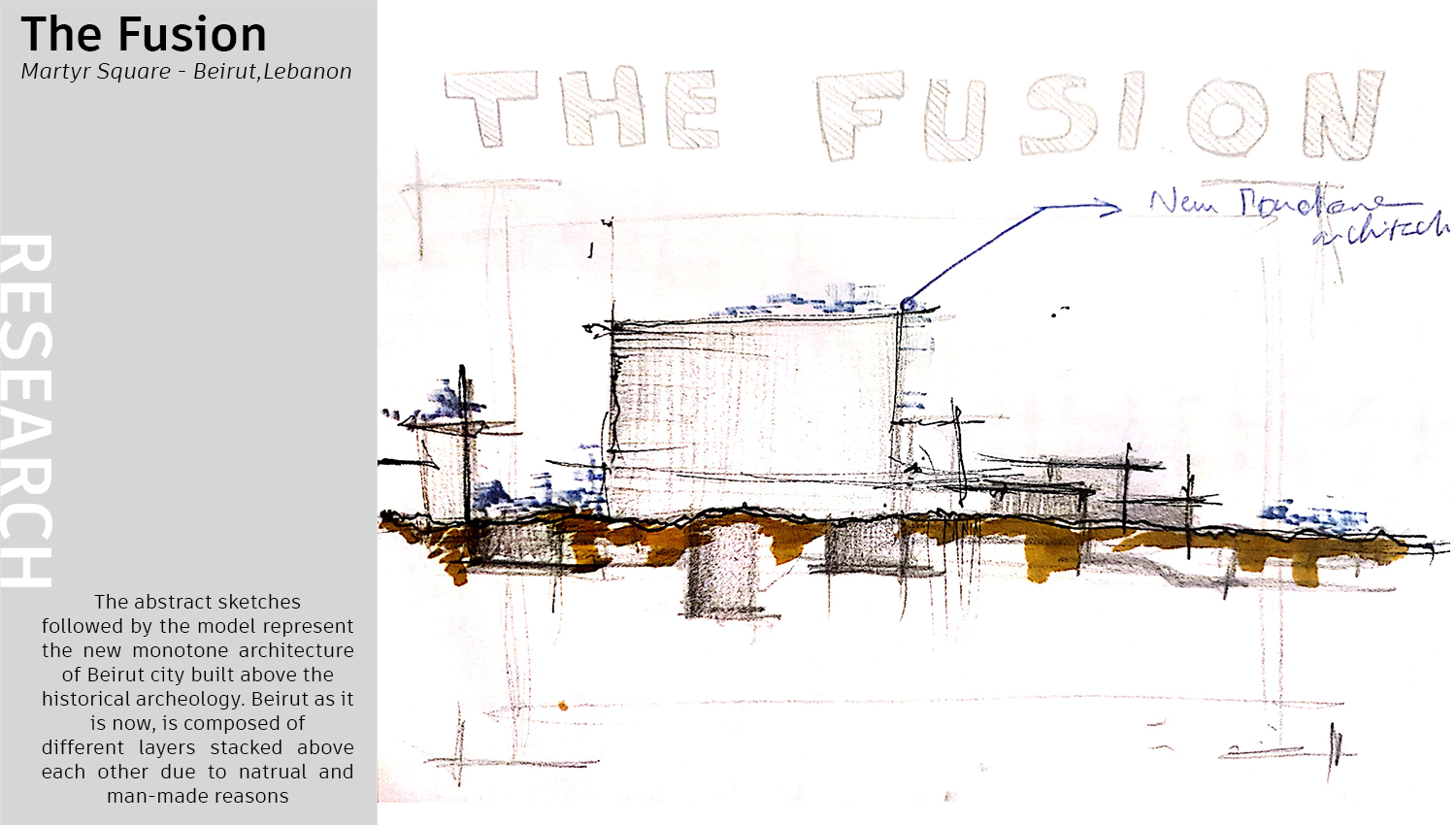 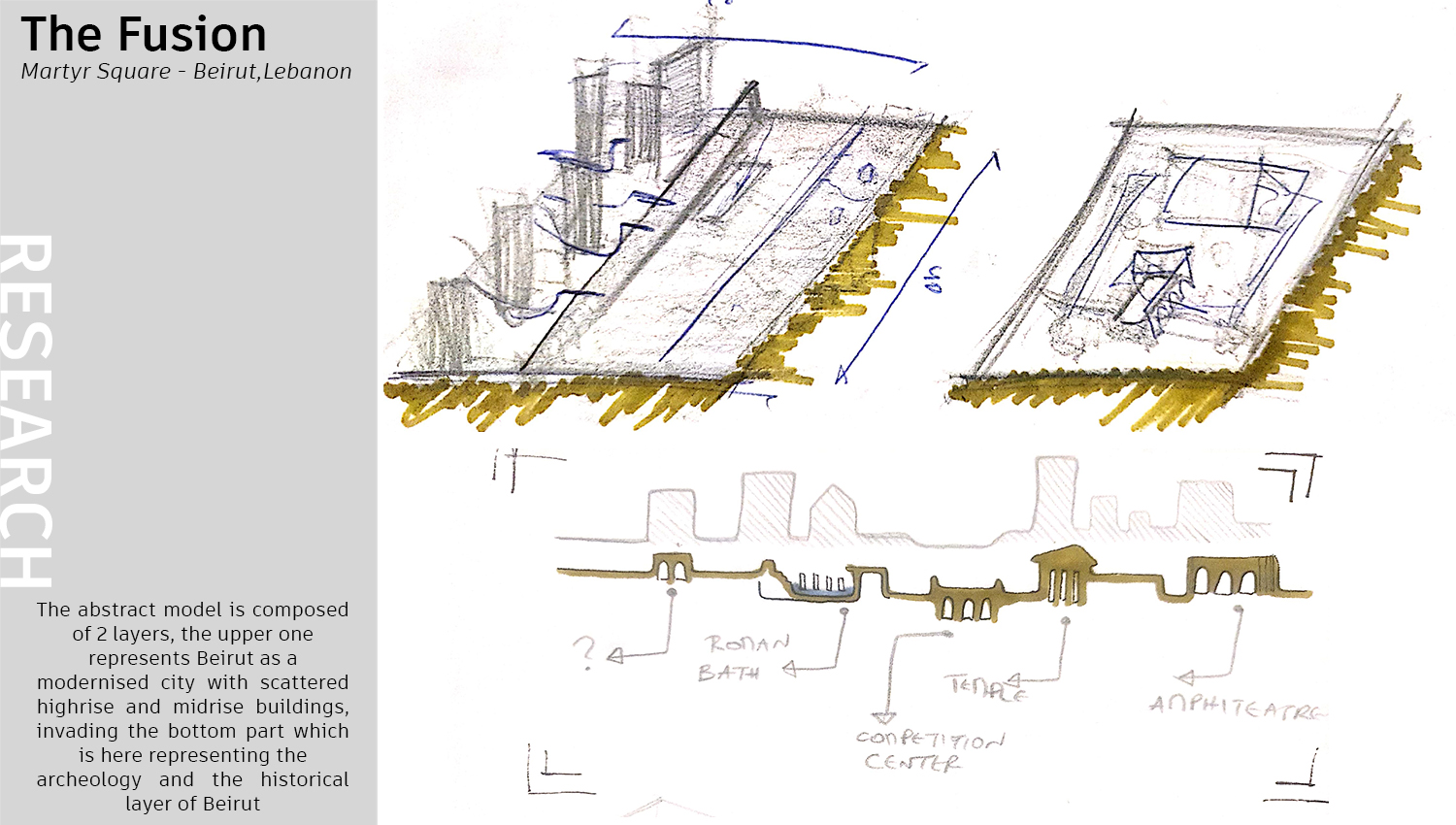 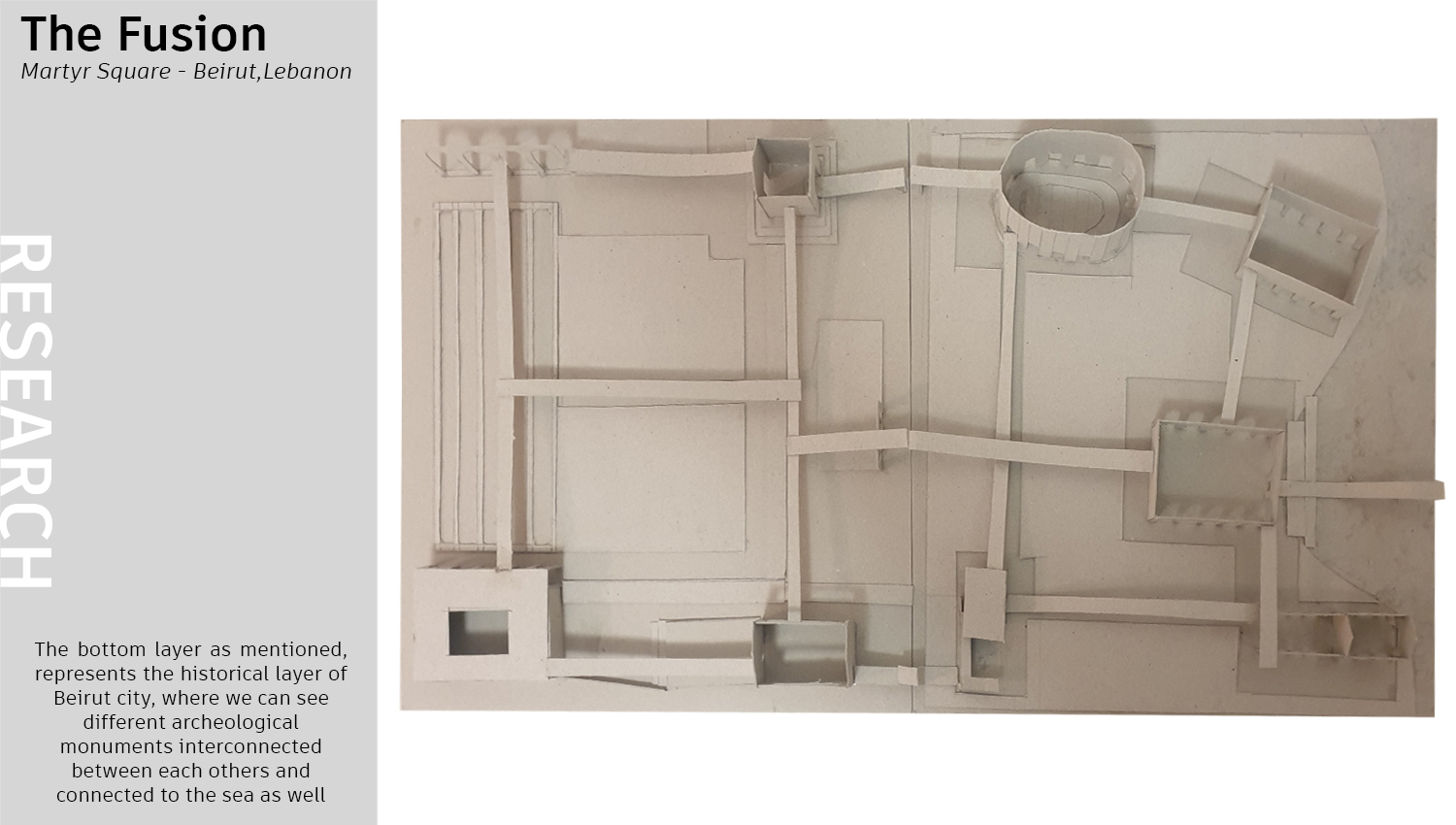 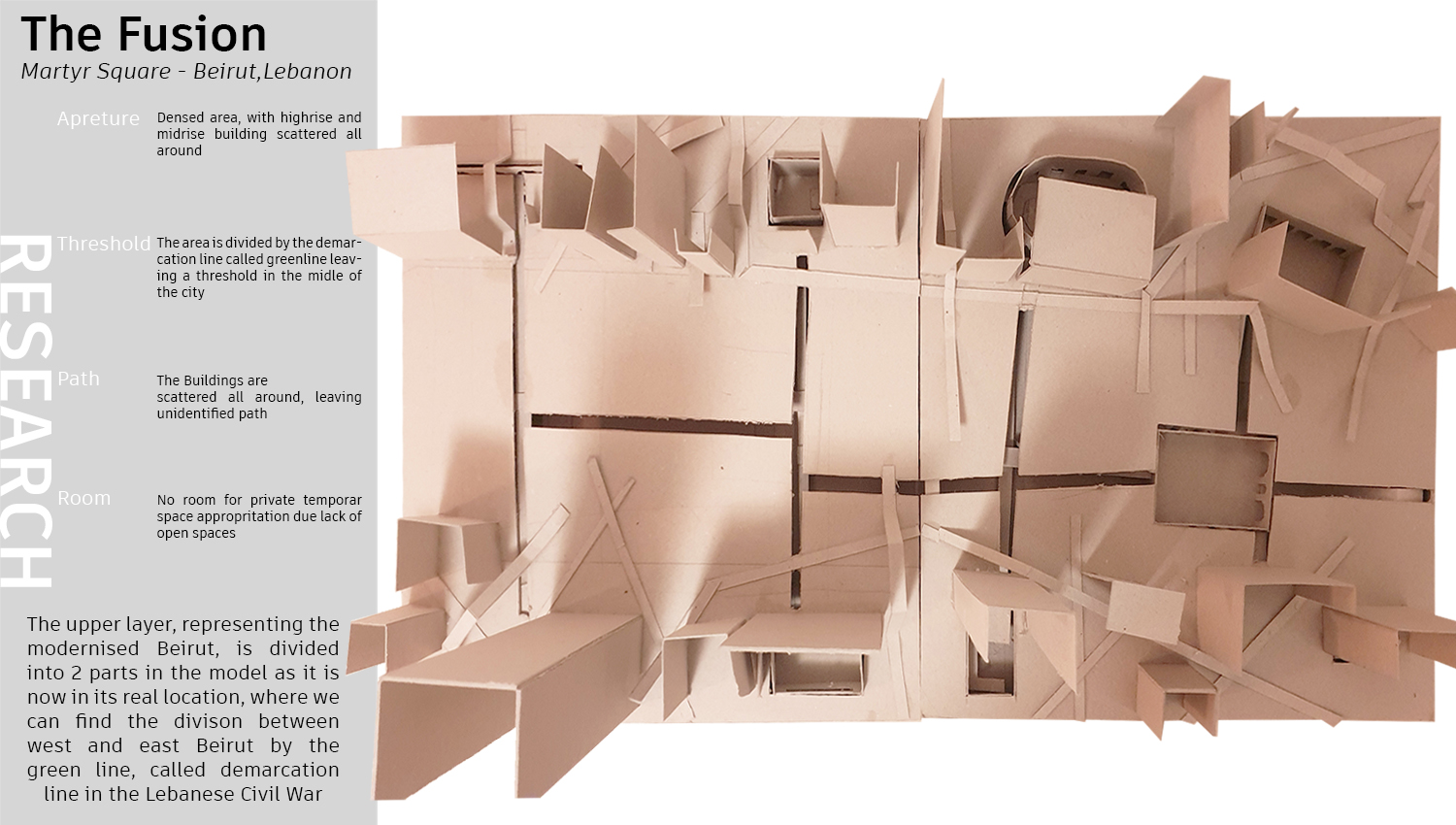 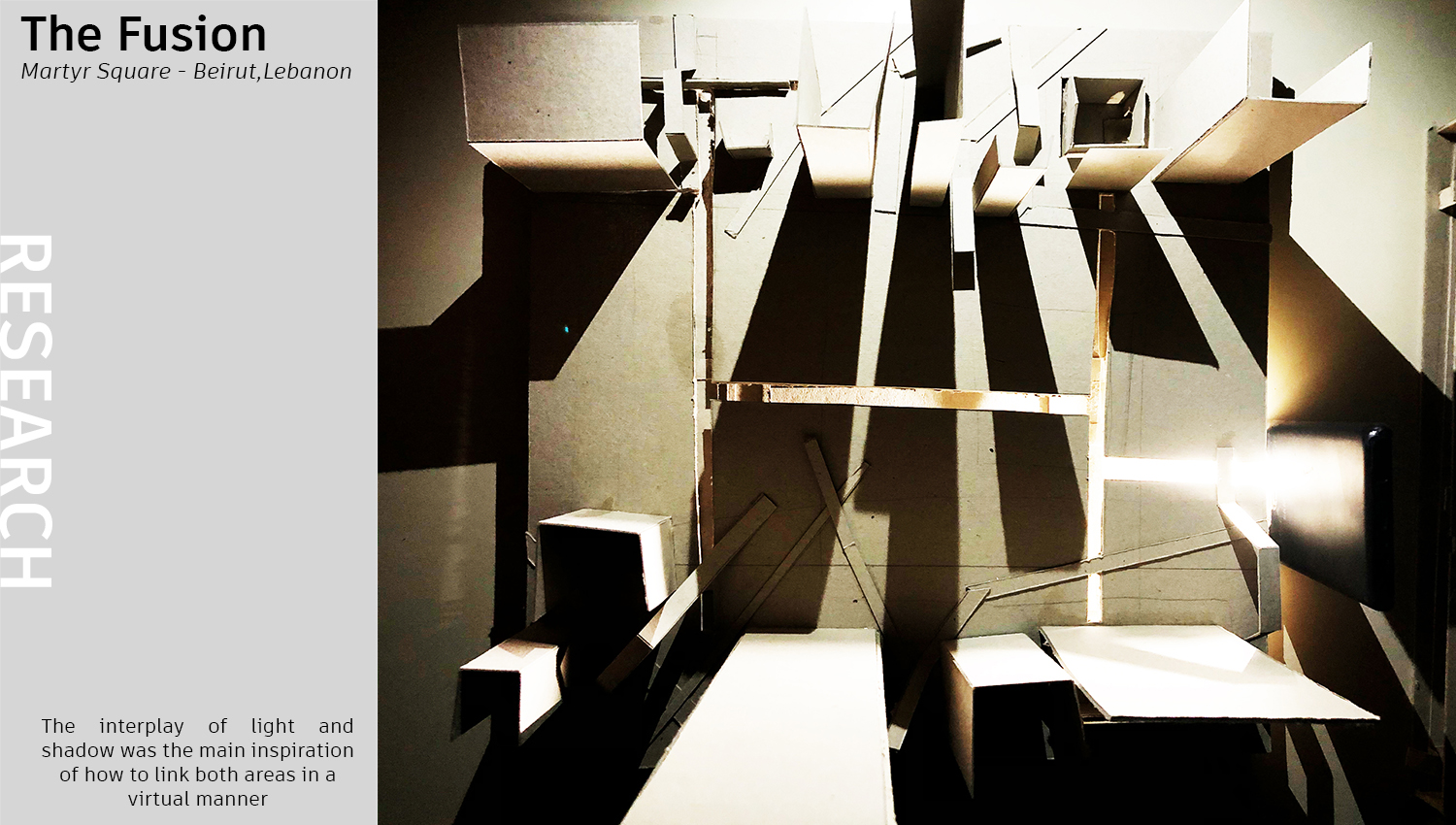 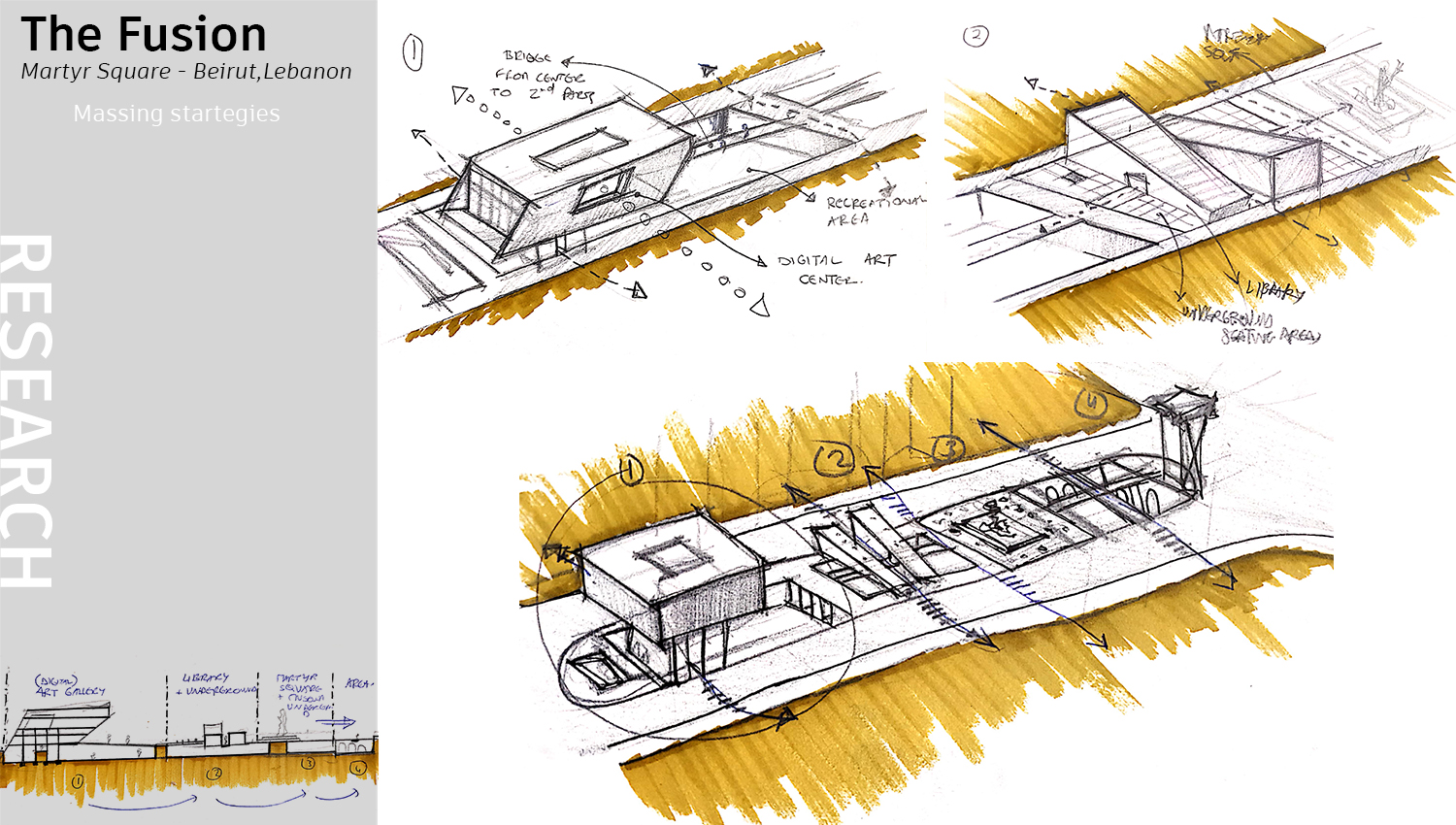 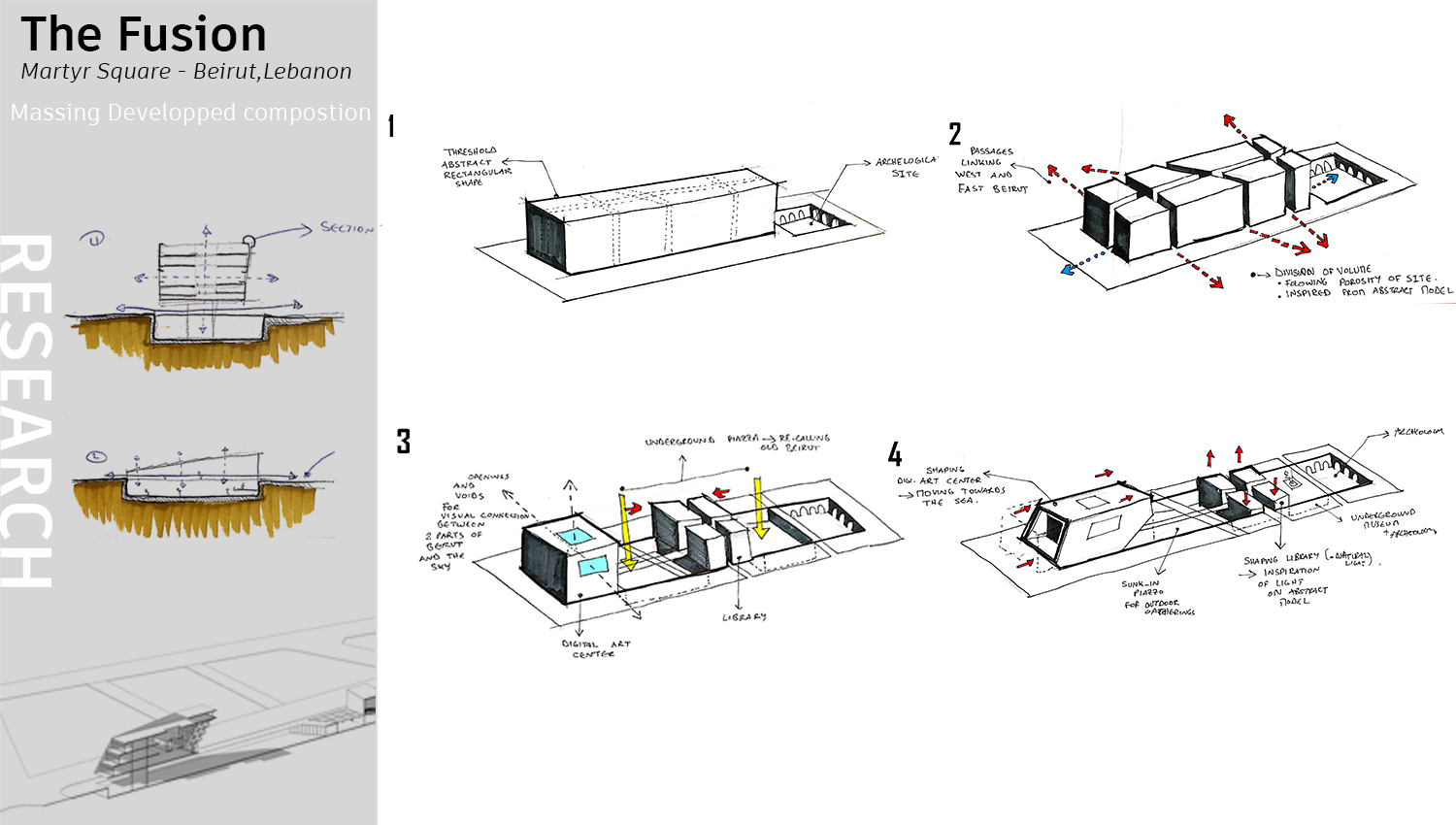 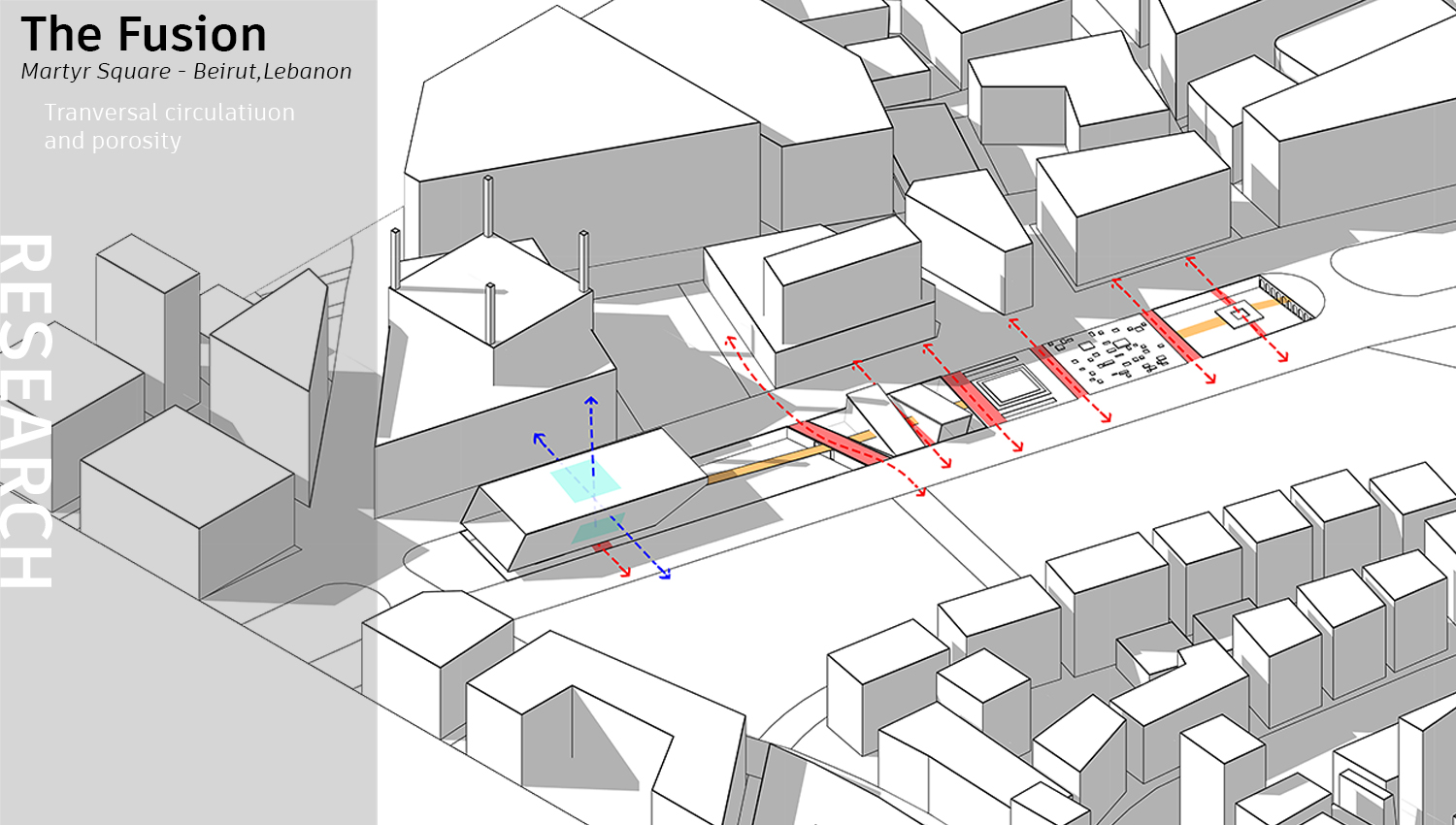